Faced with an uncertain business climate in the aftermath of the UK's Brexit referendum, international tech companies are weighing up whether to expand their data-management strategies elsewhere on the European continent.

Even before the June vote, the Netherlands already figured strongly in the plans of a number of businesses with European operations. Many have been looking at Amsterdam as a location for a possible expansion of existing datacenter activities or for new facilities.

Apple spending €1.7bn on two new datacentres in Europe The two facilities, built in Ireland and Denmark, will run entirely on renewable energy.

According to the Dutch newspaper Het Financieele Dagblad, Microsoft is currently constructing a new €2bn datacenter near Amsterdam, expanding an existing Microsoft hub created in 2014.

The company said it had built the first Dutch datacenter site and another in Dublin to meet the growing demand for cloud capacity in Europe, the Middle East, and Africa.

The company has recently added new cloud regions and datacenter capacity in the UK, as well as in Germany.

Other companies are either thinking about or are currently building datacenters in and around Amsterdam. Google has invested €600m in a new datacenter in the Dutch coastal town of Eemshaven, northeast of the city.

Silicon Valley-based cloud communications company 8x8 has plans to expand its European datacenters from London to Amsterdam and across the Netherlands in 2017, expressing concern over Brexit.

Mehdi Salour, senior vice president of global networks and operations at 8x8, says his company is drawn to the Netherlands and Amsterdam because of the quality, latency characteristics, and reliability of the internet connections there. The other reason for increasing operations in Amsterdam, Salour says, is that the Netherlands has a generally favorable business climate.

Equinix EMEA president Eric Schwartz says it's very clear that companies that operate in Europe are trying to understand what the impact or changes will be post-Brexit.

Equinix, a global supplier of datacenter capacity, announced in July that it invested $113m in a new Amsterdam datacenter. Exploiting the proximity of Amsterdam to major markets in the UK and Germany, Equinix recognizes that clients that are serving those markets will benefit from having their technology infrastructure located near their business operations.

When technology infrastructure is closer to the end customer, Schwartz says, the better the performance and the more telecom and networking costs go down.

In July, Amazon Web Services opened up a Direct Connect node, in partnership with Equinix, which Schwartz says is a reflection of the cloud computing industry's growth rate in the Netherlands and in Europe, as a whole. The Amsterdam Direct Connect node will allow clients to establish direct, private connections to AWS, while bypassing the public internet. 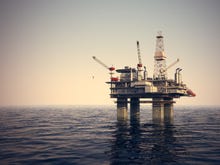 Connecting the 'datacentre paradise': The North Sea's latency-slashing fibre network opens up Formerly just for the oil and gas industry, Tampnet is now hoping to tempt companies with a need for high performance onto its undersea fibre network.

The Netherlands has a competitive 20 percent corporate tax scheme with ample deduction possibilities. Several global tech companies, such as Uber and Google, have set up European headquarters or offices in the Netherlands and benefit from this corporate business structure.

According to a 2015 white paper from the German research group the Borderstep Institute, Germany had the largest datacenter market in Europe in 2014.

However, the Dutch datacenter market rapidly grew by more than 16 percent that year, placing the Netherlands fourth, behind the UK and France, in the ranking of Europe's top datacenter capacity providers.

The Netherlands is the endpoint of 11 out of 15 transatlantic subsea cables, according to IT market research company 451 Research. Amsterdam is also home to the world's second largest data hub, the Amsterdam Internet Exchange, or AMS-IX.

Many datacenters in the Netherlands implement the green cooling concept called 'free cooling', which uses the outdoor air and groundwater to cool the hot servers in the server rooms. This approach makes the energy consumption of Dutch datacenters more cost-efficient on the average than datacenters that employ traditional cooling techniques.

Read more from the Netherlands

Join Discussion for: Will Amsterdam datacenters bloom amid Brexit...