While I'm not likely to ever convert to Windows 10 myself, a lot of people have -- at least according to Microsoft's numbers, a whole 110 million devices run it, including eight million business PCs. Whether or not those numbers are accurate is anyone's guess. What's also anyone's guess is which businesses run it and how many businesses run it. Spiceworks conducted a survey to find out the answers. Last week Spiceworks looked at anonymized, aggregated usage data to find out how many companies have at least one Windows 10 device on their network. The results show that overall Windows 10 penetration in the business environment currently stands at 11 percent, which is more than double what IT pros originally estimated for conversion to the new operating system.

Forty percent of businesses are expected to convert within one year of the initial release, but if current trends continue, it could be much higher.

Windows 10 penetration rates are significantly higher in North America than in other regions.

And finally, one other data point that might interest Windows 10 converts is which industries have decided to explore the new operating system.

Windows 10 appears to be the operating system with the quickest adoption numbers yet. It took Windows 7 and Windows 8 six months to hit the 100 million mark.

How long should you wait before deploying Windows 10? Ed Bott shares some Windows 10 migration advice.

This is all great news for Microsoft. But what about the companies who've taken that step? Are they going to be happy with the decision to blaze this trail six months from now? It would be interesting to conduct a survey of those who were early Vista and early Windows 8 converts and compare them in six months to the early Windows 10 adopters. Now that's a survey I could sink my fangs into, for sure.

I converted two of my systems to Windows 8 for a short period of time, but they're both running Windows 7 now. Windows 8 just didn't do it for me. I had a worse reaction to Vista, but I guess we're ignoring that one now as "ancient history". As I said at the top of this post, I doubt that I will ever convert to Windows 10. I installed it, for a look, onto a virtual machine, but it left me unimpressed. After two or three weeks of looking at it, I destroyed the virtual machine and haven't looked at it again.

It seems to me that Microsoft has put a lot of energy and effort into making 10 different than previous operating systems, instead of making a good operating system great. XP was pretty darn good, hence the number of people who won't give it up. Windows 7 also has a large following. The jury is still out on Windows 10, at least for me it is. Perhaps I'll wait for Windows 10 R2 before taking another swing at it. 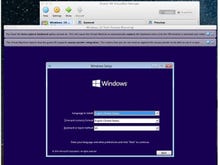 However, you can't deny the numbers from the Spiceworks survey. It appears that a large number (110 million) of people are willing to chance it. Personally, I'm sticking with the APAC crowd. I need stability and reliability, which is why I switched to Mac OS X a couple years ago as you know if you've kept up with my posts. My only Windows system is my work laptop that currently runs Windows 7 Enterprise and that's not likely to change within the next three years. HP (my employer) is very conservative (wisely so) when it comes to its employee productivity. Who needs 300,000 employees calling for support every week? No one.

Windows 10 seems to be popular, but only time will tell whether or not it's a wise choice. I'm not sure that we can tell from ten weeks in. Tell me what you think in six months.

What do you think? Has your company taken the Windows 10 leap of faith yet? If so, how's it going? If not, why not? Talk back and let me know.

Join Discussion for: Windows 10 enterprise adoption: Who's in?...