Debuting in October 2012 as a version of Windows 8 for ARM processors, Windows RT powered some pioneering devices such as the first Lenovo Yoga and the first Surface tablet. These and other Windows RT devices had significant cost and battery life advantages over Windows 8 devices. Moreover, RT represented enough of a threat to Intel that the x86 giant finally made its chip architecture a viable tablet option. But its bundled version of Office sat atop a tacked-on crippled desktop that couldn't run other Windows desktop apps. That led Dell and HP to avoid supporting it, and ultimately, its doom. Windows RT had no upgrade path to Windows 10.

In hindsight, though, Windows RT was just a misstep in Microsoft's long quest to move Windows beyond x86 processors. Having got Windows at large back on course with Windows 10, Microsoft announced in December that it would develop an ARM Windows architecture explicitly for Qualcomm Snapdragon processors. It's unusual for Microsoft to work with one vendor in an open architecture, but Qualcomm represents an ideal in terms of a neutral provider with strong market presence that wants its chips in the most powerful third-party mobile devices. While NVIDIA, for example, was behind the first two Surface tablets, the company has largely turned its attention away from the tablet market following the demise of RT.

Philosophically, Microsoft seemed better positioned to make Windows-on-Snapdragon a better product than RT was. As became clear over the course of Windows 10's development, the company has re-embraced and advanced the desktop after neglecting it in Windows 8. Understanding customer demand to run whatever Windows apps they want, it promises that a new emulation capability will provide satisfactory performance for x86-native apps.

But an interesting wrinkle recently surfaced in the news that the company may be working on a "Windows 10 Cloud" that would drop support for legacy apps. This appears to address an opportunity I noted back in 2014, when I wrote that Microsoft "might have had an opportunity to position against Chrome OS with Windows RT." If this operating system were meant to take on Chrome OS, it would make a great deal of sense to support it on ARM processors, but then Windows 10 Cloud on a Snapdragon processor would seem very close architecturally to Windows RT. Why would Microsoft repeat history's mistake?

The reason is that things have changed enough to minimize Windows RT's interface inconsistency and app paucity. For example, there are far more "universal" Windows 10 apps available now than there were for Windows 8/RT. Most important among these (at least for Microsoft) is Office, the main reason for Windows RT's fractured interface. Windows 10 Cloud would likely still provide a desktop that'd be useful for traditional laptop scenarios, but Windows 10 switches between default and "tablet mode" in a much more sensible way than Windows 8/RT did.

In addition, as I wrote regarding Microsoft's Chromebook response, the company is loath to embrace a web-only approach when it wants developers to keep supporting native apps. (That said, a first-rate web browser is important to educators and other customers that might want to lock down local apps. Microsoft didn't have a great story to tell there in the late days of Internet Explorer. It does now with Edge.)

In this, Google has actually come closer to Microsoft's thinking without exactly moving the ball to Microsoft's court. It has shifted the Chromebook proposition from web purity to local app platform by promising Google Play and its Android app trove in all future Chromebooks. Rumors swirl that a converged Chrome OS-Android could vastly improve the integration.

Indeed, Windows 10 Cloud would join Android-supporting Chromebooks as an interface work-in-progress. While Windows 10 has done more to reconcile desktop and touch environments, it is still not as optimized a slate experience as the iPad or even Android tablets heavy on scaled-up phone apps.

Windows 10 still dips into a Windows 7-like lack of concern for touch optimization, particularly when one is tweaking system settings and other nerdy matters off limits on an iPad. It will likely take Microsoft some time to completely shift Windows 10 to where all features are available in both environments. In the interim, though, they can at least restrict apps that don't take them both into account.

In many ways, a Windows 10 Cloud-on-Snapdragon would break with Windows RT. But as with Windows RT, Microsoft is promising a bevy of tantalizing devices (a Surface 4 sounds like a lock) that break ground in connectivity and mobility. It's simply asking customers to sacrifice less to adopt them. 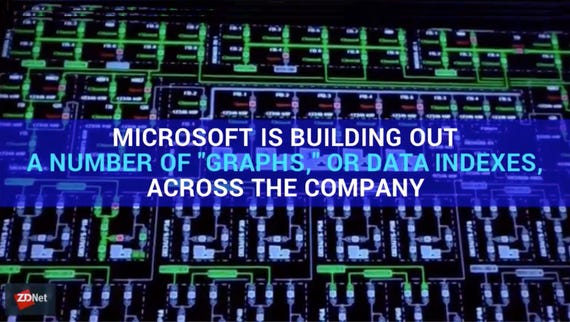 Join Discussion for: Windows 10 Cloud on ARM gives Microsoft a...