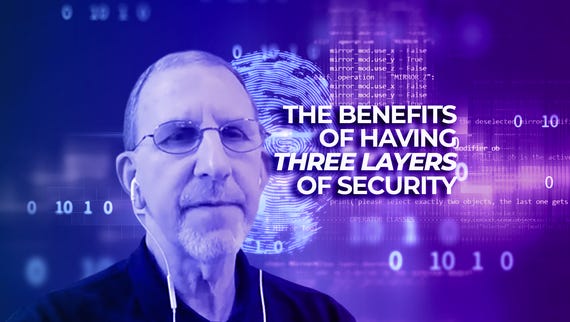 The benefits of having three layers of security
Watch Now

If your PC is running Windows 10 version 1809, you can grab a new cumulative update from Microsoft to fix a host of annoying problems.

The update, KB4505658, bumps Windows 10 1809 to build 17763.652 and is the second cumulative July update for this version following this month's Patch Tuesday security updates. Windows 10 version 1903 is yet to get a second update this month.

Microsoft lists 27 items that are fixed and four remaining known issues in version 1809. For example, previous builds were experiencing performance issues on some websites that use WebAssembly, a standard for running browser apps.

There was also glitch that caused Internet Explorer (IE) to fail when moving a tab to create a new window and an issue that prevented the PIN prompt from appearing when using signing in from IE.

Another wrinkle Microsoft has ironed out was that some Windows notifications would display "nonsense characters" instead of the single quote mark (').

For some reason, newly-installed and updated apps weren't appearing in search results on some machines. Some users were also having troubles saving their work from Office 2010. Oddly, when high contrast mode was on, the Save and Save As option in Microsoft productivity suite were failing, according to Microsoft.

The update, which resolves these problems, is available from Windows Update and the Microsoft Update Catalog.

It also includes a bunch of fixes for Windows 10 1809 in business environments, including fixes for the Windows Event Log, a bug preventing machines from recognizing a Microsoft Account or Azure Active Directory account, errors affecting Netlogon, and authentication failures when using Windows Hello for Business on a server running Windows Server 2016 and with the Server Core option installed.

Microsoft still doesn't have a resolution for an issue that has caused a "small number of devices" to start up to a black screen during the first logon after installing updates. This was first listed as an issue in June.

"We are working on a resolution and will provide an update in an upcoming release," Microsoft said. Users affected by this can "press Ctrl+Alt+Delete, then select the Power button in the lower right corner of the screen and select Restart," to get around the problem.