OneMix 1s+ doesn't have 4G but offers a 7in touchscreen, QWERTY keyboard and is no bigger than Huawei Mate 20 X.
Written by Liam Tung, Contributor on June 9, 2020 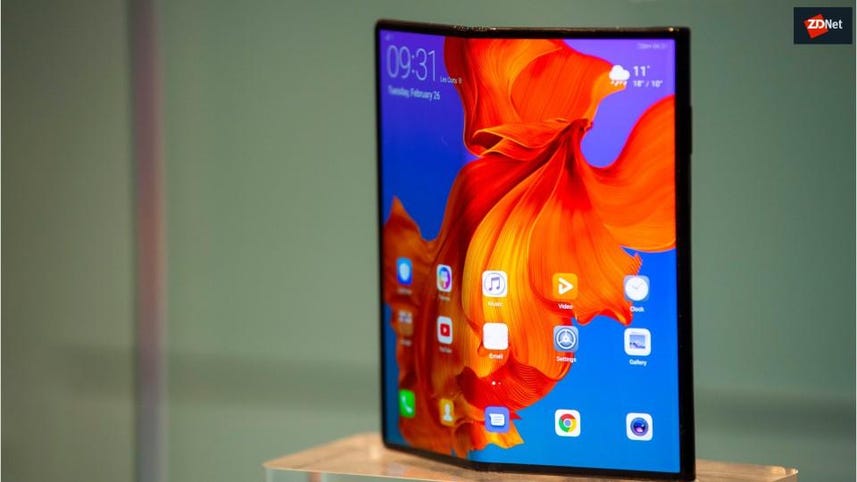 Spotted by Liliputing, the One Mix 1S+ is for fans of ultra-mobile computers that come with most of the trappings of bigger convertibles available today, like Lenovo's Yoga line.

The mini laptop features a 7-inch touchscreen display with a 1,920 x 1,200-pixel resolution and 360-degree hinges to fold back the display for tablet mode with pen support, or to position as a laptop and use with the QWERTY keyboard.

The OneMix 1s+ is no bigger than Huawei's giant Mate 20 X with a 7.2-inch screen but unlike phones and some new convertibles, it lacks 4G.

Otherwise the One Mix 1S+ matches key specs of high-end smartphones, albeit with a dual-core Intel Core m3-8100Y processor instead of an Arm chip.

It's also got a 3.5mm headphone jack a Type-C USB port for charging with a power bank, a USB 3.0 port, a slot for Micro HDMI and a Micro SD slot that supports up to 256GB of storage.

At $600 the One Mix 1S+ is a lot more expensive than some of the cheapest but still decent laptop models available from ASUS, Dell, Lenovo, which start at $230. But few of them offer SSD storage and instead employ larger capacity HDD storage or 64GB of cheaper eMMC storage.

As Liliputing notes, benchmarks of the One Mix 1S+ suggest the device should give about twice the performance of its predecessor, the $480 One Mix 1S Yoga, which is powered by an Intel Celeron 3965Y.

Notable missing features include a backlit keyboard, a webcam, and a touchpad. Buyers should also be aware that Chinese makers of small-screen PCs offer limited customer support.