​Windows 10: What's behind the latest jump in users?

The number of devices running Windows 10 is growing at a slightly faster rate, perhaps a sign that enterprise adoption is taking hold.
Written by Steve Ranger, Global News Director on Nov. 30, 2017 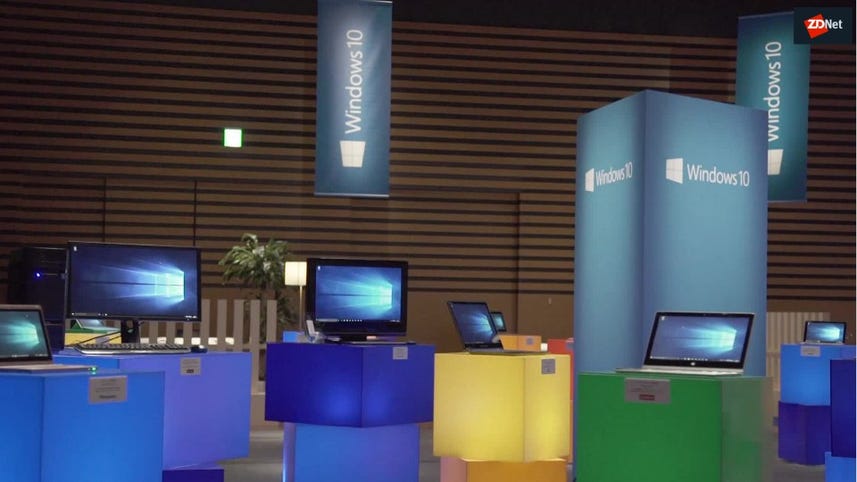 Windows 10 is now running on more than 600 million devices -- and the rate of growth has just jumped, if only modestly.

Microsoft CEO Satya Nadella revealed the latest milestone at Microsoft's annual shareholders meeting yesterday. That number includes Windows 10 on PCs (which will make up the vast majority), as well as tablets, smartphones (although Microsoft has largely exited this market), Xbox consoles, HoloLens and Surface Hub devices.

There are, of course, a lot of caveats around the numbers, and it's dangerous to read too much into the detail. Just because the number is announced on a particular day, it doesn't mean that Microsoft hit that number on that day. But the chart below shows how activations have trended over time.

So if adoption has sped up a bit, even modestly, then what's likely to be behind it? The first excitement from consumers was in the early days, so now it's probably down to business rollouts.

It could be the jump reflects a rise in business deployments of Windows 10: a survey by analyst firm Gartner in April said that 85 percent of organizations planned to start a Windows 10 production deployment by the year's end. Just nine percent expected to start in 2018, while four percent will start in 2019 or later. However, that puts them close to another deadline: Microsoft stops patching Windows 7 on January 13, 2020.

600 million is nice big number, but it's worth remembering that Microsoft's initial ambition was to get to one billion Windows 10 devices by 2018. Even Microsoft has acknowledged that isn't going to happen, largely because it has almost entirely withdrawn from the smartphone market.

Around 260 million new PCs will be sold this year, the vast majority of which will come with Windows 10, so that means the OS should hit the magic one billion figure somewhere around early 2020.