Full Bio
Posted in Between the Lines on May 1, 2013 | Topic: Enterprise Software

Windows 8 has gained less than a percentage point on last month to 3.84 percent, according to the latest figures by Net Applications. 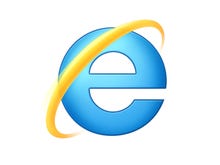 Internet Explorer 10 has seen a recent bump in users, thanks to Microsoft's move to make the browser available on Windows 7. Meanwhile, when will Chrome gets its mojo back?

Microsoft's operating system may be struggling to gain share in the PC market, but during April every other Windows version declined in market share slightly. It's little surprise considering the damp state of the PC market, following the news that  global PC shipments plunged to record lows .

In strangely good news for Microsoft, Windows XP declined by 0.42 percentage points. However, this marginal decline is far from the levels Microsoft would be hoping for at this point, with less than a year until it cuts support for the 12-year-old operating system altogether.

Back to Windows 8, the figure most are interested in.

Taking a look at where Windows 8 has gone in the past six months (taking into account the software's pre-release months before it was finally stocked on store shelves), Windows 8 is gaining a steady stream of share each month, but it's failing to take hold of the wider PC market as Windows 7 did during its first few months of release.

The figures were broken down further into three parts: Windows 8 held 3.82 percent, while touch-screen based Windows 8 devices and Windows RT devices came in at 0.02 percent and  0.00 percent respectively. (Yes, that's three zeroes.)

Note that just three months after release, Windows 8 had about 2 percent market share. By the time Windows 7 was released in October 2009, it had already gained more than 2 percent in market share, largely attributed to its predecessor's market failing.

By April 2010, six months after release, Windows 7 already had about 12 percent market share. Windows 8 currently has less than a third of this share.

There are two thoughts to consider:

Windows 7 is the new Windows XP: With Vista's failings, many took Windows 7 as Vista 2.0, without the bulk and the baggage that went along with its predecessor. Many held onto Windows XP as a result and didn't upgrade to the latest software, instead holding out for the following version. When Windows XP support expires in April 2014, many will jump to Windows 7 because support ends in 2020, giving many businesses time to breathe.

Windows Blue is expected later this year: Because Windows 8 has been seen as a failure by some, Microsoft is ramping up its next-generation Windows Blue operating system, seen as "Windows 8.1."  As many haven't taken to Windows 8's new user aesthetic, it's expected that some traditional features will return over time, perhaps even the Start menu. ZDNet's Mary Jo Foley expects Windows Blue to be released in some way, shape or form later this year .