Jon oversees all manner of elements in how ZDNet's site looks, reads and works. He also writes for ZDNet.

The PC World and Currys store on Tottenham Court Road will open at 00.01am on Friday to mark the launch of Microsoft's Windows 8 OS. 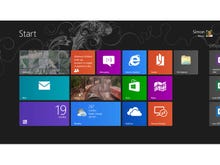 Windows 8 Enterprise: RTM preview Windows 8 isn't just a consumer operating system. What does the Enterprise version, which is available to companies with Software Assurance subscriptions, have to offer?

As part of its "exclusive" early opening, the retail group's store in central London will put up a 60-inch screen with video showing off Microsoft's touch-based Windows 8 OS .

"This is a major new development in computing technology, and we are expecting really strong sales of Windows 8 products in the run-up to Christmas and beyond," Ben Lovett, spokesperson for Currys and PC World, said in a statement on Monday. "The team at our Currys and PC World store on Tottenham Court Road is anticipating a long queue outside the store throughout Thursday evening."

The company said it would be offering discounts on four HP laptops running Windows 8 to customers who attend Friday's launch.

Friday not only sees the arrival of Windows 8 , but also Microsoft's Surface tablet . The cheapest version of Surface — the 32GB model with no Touch Cover keyboard — has apparently already sold out in the UK on pre-order . Windows Phone 8 is set to follow with a launch on 29 October .

PC World on Tottenham Court Road has opened its doors early before — it stole a march on the Apple Store in March by opening at midnight for the launch of the iPad 3, although the queue on that occasion formed only an hour before opening.

In the US, Microsoft is opening 32 pop-up stores around the country to coincide with the Surface tablet's launch, with the store in Times Square, New York opening at midnight .

Join Discussion for: Windows 8 to get midnight launch at PC World...