One of the more interesting features of Windows 8 is Windows To Go, a way of installing Windows on, and running it from, a USB stick. It's something users have been demanding for some time (and was last seen with Windows 3.
Written by First Take , Previews blog log-in on Sept. 20, 2011

One of the more interesting features of Windows 8 is Windows To Go, a way of installing Windows on, and running it from, a USB stick. It's something users have been demanding for some time (and was last seen with Windows 3.11's execute in place ROM option). 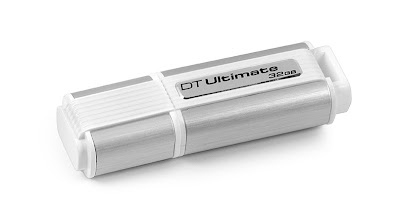 Run Windows 8 from a USB 3.0 flash drive like this, with Windows To Go

Once Windows 8 has booted, you can use the host PC as if it was your PC. The host system's disks are offline, and the only storage users can see or access is on the flash drive, reducing the risks of malware infecting either the host or the Windows To Go flash drive — although it can work with removable media inserted into the host PC's ports. There's also the option of encrypting Windows To Go with BitLocker, locking drives down and keeping them secure from prying eyes. If a drive is pulled from a PC accidentally, the screen will freeze, and if Windows To Go isn't re-inserted within 60 seconds the host PC is automatically shut down.

Microsoft has been optimising Windows 8 to run from flash, and to use flash storage, over a USB bus. It's not perfect — there's a recommendation to use as short a USB chain as possible, with as few hubs as possible. That may not be possible on some older PCs, and Microsoft is working with OEMs to improve USB implementations. Currently Microsoft recommends using USB 3.0 drives, as they use a better class of memory than USB 2.0 (and the company expects to certify drives for use with Windows). You don't need a USB 3.0 port though, as USB 3.0 drives will work over USB 2.0. 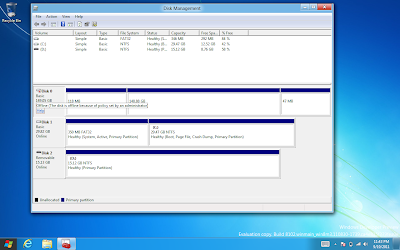 Windows To Go installed easily on our test machine, an HP tm2 convertible tablet PC running Windows 7. Once it had loaded drivers and rebooted we were able to use the bundled Metro-style applications as well as installing traditional Windows tools. Windows To Go found our PC's networking hardware, and was able to take advantage of both touchscreen and touchpad. Even though we were using a USB 2.0 port performance was good, with no noticeable lag.

This really is a very useful way of running Windows 8. It lets users share PCs, or use it where a full VDI infrastructure is impractical or expensive. There's plenty of scope for a tool like this in education, where class PCs could be used by everyone, and by low-income users in developing countries. It even acts as a secure way of working with untrusted machines in internet cafés, or to provide consultants and contractors with access to your business systems.

There are so many things that could be done with Windows To Go, and we're worried that the language Microsoft used to describe it as BUILD means it will just be a subscription benefit for volume licensing customers. Tools like this should be for everyone — not just for enterprises. Why not let every user make a Windows To Go image as part of the standard Windows licence, with additional copies available for a fee?