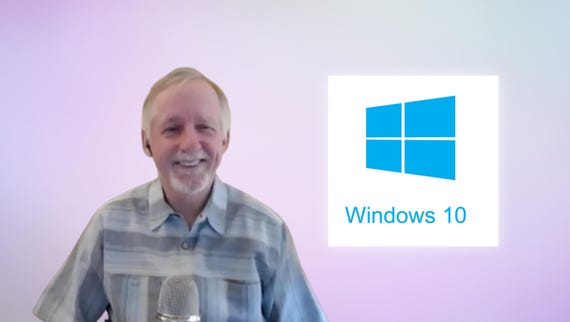 Windows 95 was officially launched 25 years ago yesterday and to mark the occasion former Microsoft engineer Rico Mariani has detailed the release in its historical context, explaining why it was the most important OS in history even though it wasn't the best Microsoft could deliver at the time.

Mariani worked on Microsoft Edge on Windows 10, and Internet Explorer before that, as well as Microsoft's Sidewalk city directory initiative from the 1990s. He left Microsoft in 2017 after nearly 30 years at the company and now works as a software engineer at Facebook, according to his LinkedIn profile.

Windows 95 was an outstanding release at the time, Mariani says in a nostalgic post on Medium, describing it as "the most important operating system in history". That's quite a claim given Unix had been around for over 20 years and Apple's Unix-based Mac OS had been around for a decade.

According to Mariani, Windows 95 was a rough diamond that gave the computer industry exactly what it needed at the time, given the hardware and software limitations back then.

It provided the industry with a "raft that could last a few years and carry them safely to the other side", where there was reasonable hardware and software architecture beyond the Windows 3.1 world of "horrible 16-bit segmented architecture universe thrust upon us by the 8086," he notes, referring to Intel's 1970s-era microprocessor.

"The most important GUI applications were running in that same 16-bit mode, in a shared memory space, with cooperative scheduling. Any application could readily bring down the whole system and often did. Debugging in this universe was a horrid thing requiring miracles."

The PC industry was a "hot mess" back then, despite Microsoft outselling Apple Macs by tens of millions in 1995.

Interestingly, according to Mariani, Windows 95 was not the best OS Microsoft could have released at the time and that was not because Microsoft engineers wanted to put out a substandard product.

"It is nothing like the best operating system Microsoft knew how to build at the time, or was capable of building at the time," explains Mariani.

"We have existential proof of that: look at Windows NT if you like, or consider other contemporaneous operating systems and consider: 'Could Microsoft have built that had it put its best on such an endeavor?'. I think it's easy to conclude that cleaner solutions than Win95 could have been found. But none of those were in the offing."

Rather, the restrictions on Windows 95 were because it had to be compatible with legacy drivers and DOS applications while supporting existing Windows 3.1 applications.

Microsoft also needed to create a platform that enabled Win32 applications to be compatible with Windows NT applications. As per Mariani, Windows 95 was a raft to carry tech between these worlds.

Join Discussion for: Windows 95: The world's most important OS,...