Even though Microsoft officials said earlier this fall that the rollout of Windows 10 Mobile to existing Windows Phone 8.1 users would start in December, that's no longer the plan.

The coming over-the-air update for existing Windows Phone users to Windows 10 Mobile is now going to start in early 2016, according to an updated statement from Microsoft on December 17.

"This November we introduced Windows 10 to phones including brand new features such as Continuum and Universal Windows Apps with the introduction of the Lumia 950 and 950 XL. The Windows 10 Mobile upgrade will begin rolling out early next year to select existing Windows 8 and 8.1 phones."

Microsoft officials still have not released a comprehensive list of which existing Windows Phone handsets will and won't get Windows 10 Mobile.

In October, Microsoft officials said existing phone users would get Windows 10 Mobile starting in December 2015. The spokesperson statement from October:

"Windows 10 is available on PCs and tablets now, and while Lumia 950 and Lumia 950 XL ship with Windows 10 for phones, broad availability of Windows 10 on other devices, including mobile phones, will begin rolling out in December. For more information on Windows 10 for Lumia, please visit http://www.microsoft.com/en/mobile/windows10/."

Microsoft released the "RTM" version of Windows 10 Mobile in November. That build, 10586, is the release that shipped on new Lumia 950 and 950 XL handsets. In December, Microsoft released its first cumulative update to Windows 10 Mobile, 10586.29. After temporarily pulling that build from its download servers due to installation issues, Microsoft is in the process of rolling it out again to individuals with 950 and 950 XL handsets. 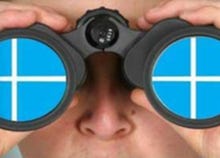 In other Windows 10 related news/questions, along with some of my readers, I've been wondering when Microsoft might start making information available on the new features and fixes it is releasing with its Windows 10 and Windows 10 Mobile Cumulative Updates. In November, Windows and Devices Chief Terry Meyerson said Microsoft would begin sharing more information on what's in its Windows 10 updates in November.

The only real information about the December 17 update is that it "offers improved functionality for Windows 10 Version 1511" and that it contains all previously released fixes, as it is a cumulative update.

Microsoft Windows Insider chief Gabe Aul noted that 10586.36 also is available to Windows 10 Mobile Insiders on both the Fast and Slow rings, as of today. He said in the future that Microsoft will be notifying Insiders in the future of the releases of Cumulative Updates via the Insider Hub.

I asked Microsoft recently when the company would start sharing more specifics about what's in these updates and was told by a spokesperson that Microsoft had nothing more to share, regarding the timing or substance of this information. I've asked again today to see if there's anything more officials will say.