Around 13,000 workstations running OpenSuse will be migrated to a current version of Windows.
Written by David Meyer, Contributor on July 26, 2018 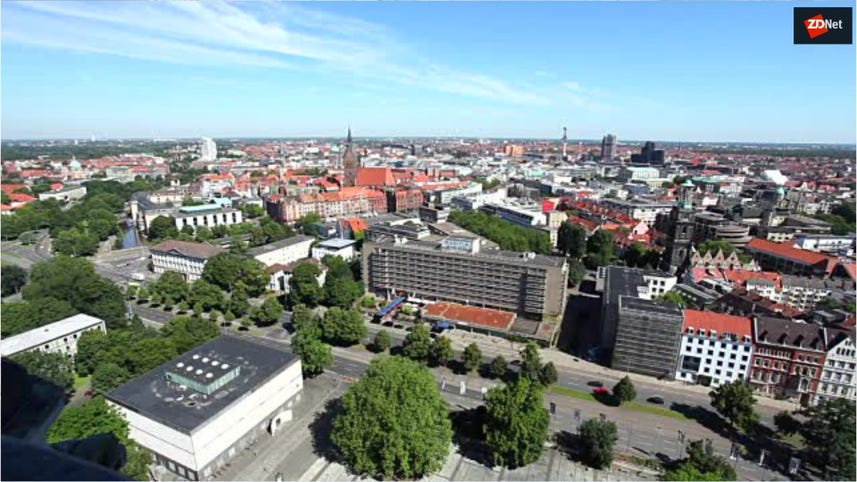 Munich: The journey from Windows to Linux and back again

This ebook charts the city's relationship with Linux, from Munich's early days as a open-source pioneer to its recent decision to prepare for a return to Windows.

The German state of Lower Saxony is set to follow Munich in migrating thousands of official computers away from Linux to Microsoft's Windows.

As initially reported by Heise, the state's tax authority has 13,000 workstations running OpenSuse -- which it adopted in 2006 in a well-received migration from Solaris -- that it now wants to migrate to a "current version" of Windows, presumably Windows 10.

The authority reasons that many of its field workers and telephone support services already use Windows, so standardisation makes sense. An upgrade of some kind would in any case be necessary soon, as the PCs are running OpenSuse versions 12.2 and 13.2, neither of which is supported anymore.

According to the Lower Saxony's draft budget, €5.9m is set aside for the migration in the coming year, with a further €7m annually over the following years; it's not yet clear how many years the migration would take.

"The unification of existing workstation systems will simplify procedures and facilitate software development for the KONSENS network," a spokesperson for the Lower Saxony finance ministry said, referring to the German states' project -- now more than a decade old -- for standardising the IT systems used by their disparate tax authorities.

The spokesperson added that it was too early at this point to provide a timetable for Lower Saxony's migration, and a more detailed framework would not be available before the end of the year, due to the complexity of the task.

The rationale of sticking to one operating system was also deployed in Munich, where the city council finally authorized its long-awaited switch from Linux to Windows in November last year. Munich's shift away from LiMux -- the city's own Ubuntu-based distribution -- is expected to cost more than €50m overall, involving the deployment of around 29,000 Windows-based computers.

The Munich decision was made by the city's ruling coalition of the centre-left Social Democrats (SPD) and centre-right Christian Social Union (CSU), a party that only operates in Bavaria, and that is the long-running junior partner to Angela Merkel's Christian Democrats (CDU).

Again, Lower Saxony is governed by an SPD-CDU coalition, which was formed last year with an agreement that included turning the state's back on Linux. Other administrative departments there, including the police, are already using a Windows 8.1-based client developed by a local company.

Lower Saxony's tax authority will now conduct a cost-benefit analysis on the migration. The Free Software Foundation Europe (FSFE), which is highly critical of the decision to turn away from Linux, welcomed the procedural formality, but program manager Max Mehl said it was important to keep an eye on who conducts the analysis.

The Munich migration followed the recommendations of a report from consultants at Accenture, a Microsoft partner.

"It is already apparent that the desired consolidation of the IT landscape is going in the wrong direction," said Mehl. "Instead of taking the chance to expand the existing infrastructure of Linux systems, the state voluntarily goes back into a cage of artificial dependencies from individual manufacturers."

Mehl pointed to Lower Saxony's neighbour, Schleswig-Holstein, for an example of a more "future-oriented IT strategy". Schleswig Holstein has been governed since last year by a 'Jamaica' coalition of the CDU, the Greens, and the liberal Free Democrats (the party colours of which match the Jamaican flag), which decided last month to go in entirely the opposite direction, abandoning Windows for free software.

Download: Open source vs. proprietary software: A look at the pros and cons (Tech Pro Research)

"With equal regret we need to accept that others go a different route in their particular project. What we clearly dislike is that such projects seem to not focus on the question of what the user requirements are, but seem to set [as a target] a certain application or a certain operating system without functional and price analysis, in praise of consolidation," Dyroff said.

"When the government purchases other goods, they don't ask for cars from a particular brand to consolidate the fleet, they provide requirements and ask for a price," he added. "This is proper competition for public projects."

Linux champion Munich will switch to Windows 10 in €50m rollout

From Linux to Windows 10: Why did Munich switch and why does it matter?(TechRepublic)

The news that Munich will migrate more than 20,000 PCs from a Linux-based desktop to Windows 10 from 2020, while a setback for the open-source software movement, isn't the gut punch it might seem.