CBD can be extracted using marijuana strains, or marijuana's non-psychoactive cousin, industrial hemp, which has now been de-scheduled under the Controlled Substances Act.
Written by Jason Perlow, Senior Technology Editor on Nov. 16, 2018 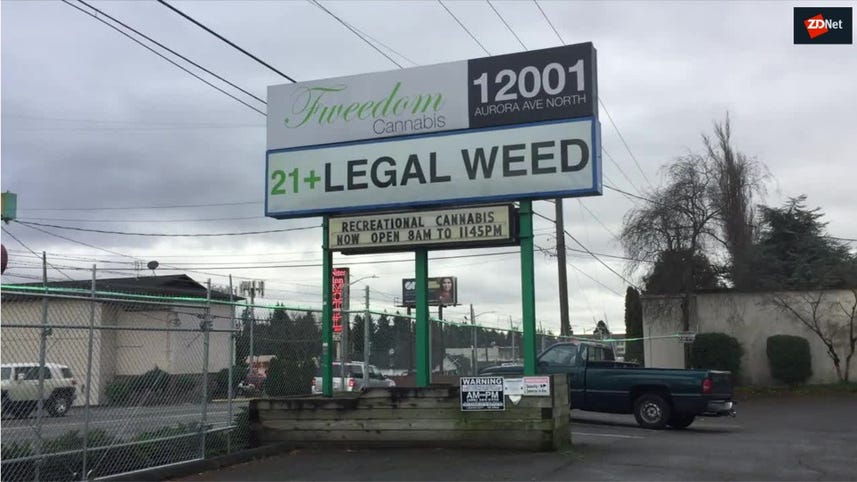 One of the fastest growing segments of the cannabis industry is the sale of products that contain CBD, or cannabidiol. While similar in chemical structure to THC, the main psychoactive compound in marijuana, CBD has no psychoactive effects. However, CBD has been used to treat inflammation and anxiety, as well as rare forms of childhood epilepsy and other neurological disorders.

Everything you need to know about the cannabis industry.

The CBD industry alone is expected to reach $2.1 billion by 2020, according to a report by Hemp Business Journal. CBD can be extracted using marijuana strains, or its close and non-psychoactive cousin, industrial hemp. The latter is heavily cultivated in Canada and in the European Union and is imported legally as an isolate or extracts into the US.

Also: Medical marijuana: How IT can spark the budding cannabis industry

However, industrial hemp is not a particularly efficient plant from which to extract CBD. Compared to marijuana-derived CBD, the quality of CBD and other phytocannabinoid and terpene content extracted from hemp is up for debate. Still, industrial hemp-derived CBD is estimated to make up as much as $450 million of that $2.1 billion total.

But some companies, such as Hayleigh's Hope and the Stanley Brothers (operating under the brand name CW Hemp), both based in Colorado, have created genetic crosses of industrial hemp and marijuana. These hybrid plants (such as "Charlotte's Web") yield high-quality CBD but contain only trace amounts of THC -- no more than 0.3 percent by law -- which affords these products the same legal status as industrial hemp. Colorado, which legalized adult-use marijuana in 2012, has a large industrial hemp program and is where the first US-bred certified hemp seed was created.

Key legislation related to the advancement of the CBD industry was the Agricultural Act of 2014, also referred to as the Congressional Farm Bill. While it did not specifically protect the growing of Cannabis Sativa plants, under Section 7606 of that bill, it added certain legal protections to the growing of industrial hemp.

Also: Harvesting marijuana with robots is hard. Here's how one company figured it out.

The original version of the bill, which expired at the end of September 2018, enabled certain companies involved in the manufacturing of nutraceuticals and other products containing CBD to operate legally at a federal level and ship directly to customers in any state in which CBD has been legalized -- a large majority of them. But there are caveats.

How the marijuana industry is organized in legal states

Specifically, under that bill, it was legal to grow industrial hemp under a pilot or state program or for academic research, and was also legal to cultivate under state law "in which such institution of higher education or state department of agriculture is located and such research occurs."

While there are some issues that still need to be resolved regarding the overall legal status of CBD that is derived from marijuana and not industrial hemp -- as any product made from a marijuana plant was given umbrella Schedule 1 status by the DEA in 2016 -- there is significant progress being made.

Under sponsorship from Senator Mitch McConnell (R, KY), a bill to legalize industrial hemp at a federal level as part of the 2018 version of the $867-billion Farm Bill was passed 87-13 in the Senate on December 12, 2018. This means it can now be grown without any restrictions in all 50 states.

Although industrial hemp and products derived from it are now going to be removed from the Controlled Substances Act, CBD is still a schedule 1 substance according to the DEA if it is marijuana-derived. Additionally, it is not yet legal to use CBD as a food ingredient according to the Food and Drug Administration.

Nevertheless, this is not expected to hinder the explosive growth of the CBD industry itself and it is likely that it will be rescheduled entirely.

Inside a medical marijuana dispensary