The value of the tech industry's brands completely dominate all other categories in new research.
Written by Liam Tung, Contributor on Oct. 17, 2019 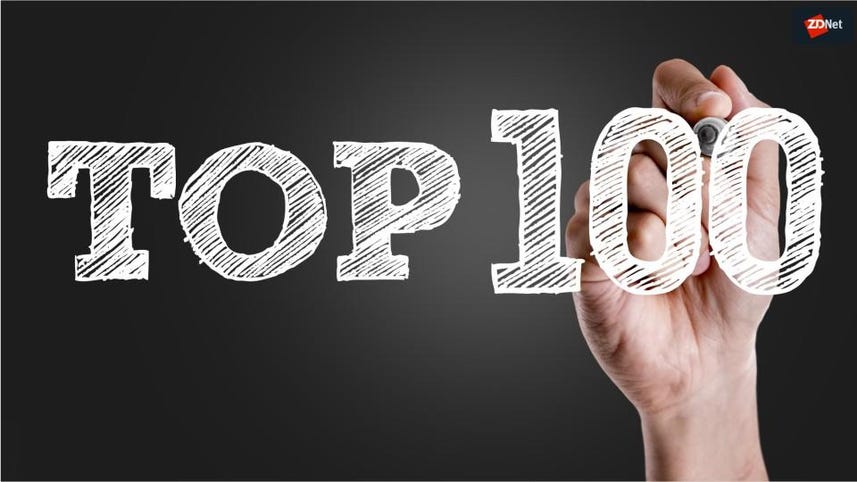 Apple, Google, Amazon, and Microsoft have the highest 'brand value' of all global companies. But Huawei and Facebook – both mired in their own image problems – are now worth less than they were a year ago.

That's according to Interbrand, the brand consulting arm of ad agency giant Omnicom, which each year provides an estimate for how much the top 100 brands are worth and each brand's change in value.

The 2019 top 100 list is led by Apple and the top 10 in Interbrand's list are followed by Google, Amazon, Microsoft, Coca-Cola, Samsung, Toyota, Mercedes, McDonald's, and Disney.

Interbrand says it judges companies based on the financial performance of branded products and services, the role a brand plays in purchasing decisions, and the brand's ability to create customer loyalty and therefore long-term sustainable profit for the company.

Notably this year, Facebook has dropped out of the top 10 and now has the 14th most popular brand. In 2016, it was the fastest- rising brand of all companies and peaked in 2017 in eighth spot.

Interbrand doesn't offer an explanation for Facebook's decline, but the social-media company has been through a rough patch over its role in manipulating public opinion and shaping politics, among other things. Interbrand nonetheless estimates its brand value has fallen from $48bn in 2017 to $40bn today.

This is Interbrand's 20th brand-value ranking, and the company provided some notable changes since the first in 2000. In tech, Nokia, once the biggest mobile brand, has dropped off the top 100.

Despite facing troubles in western markets, China's Huawei remains in the top 100 at 74th position. However, its brand value declined 9% over the past year to $6.9bn.

Interbrand estimates the overall brand value of the tech sector to be $790bn, or about three times the value of automotive, the next biggest category, which is worth $279bn. Most of the tech industry's value comes from the top four.

Apple and Google are worth $234bn and $167bn, respectively. But the brand values of Amazon and Microsoft grew faster over the past year to $125bn and $108bn.

Other tech companies in Interbrand's top 20 this year include IBM, Intel, Facebook, Cisco, Oracle, and SAP.

TVs
The 5 best Netflix alternatives of 2022

The 5 best Netflix alternatives of 2022