Writing about SEO vs. doing SEO

Would you trust the opinions of an SEO writer with no actual SEO experience? You may not want to be so quick to write a person like that off. Read this post to find out why!
Written by Stephen Chapman, Contributor on March 15, 2011 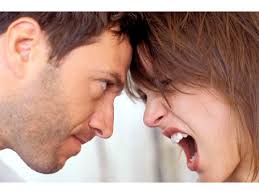 After stewing on this for quite some time, I think I'm finally ready to expound my thoughts on this matter in a manner befitting both sides of the discussion. In the SEO (Search Engine Optimization) industry, there are two camps on either extreme: Those who write about SEO and those who actually do SEO. Yes, they both bleed into one another which typically breeds results-based (as opposed to theory-based) posts about SEO, but the two extremes don't necessarily have to be at odds with one another despite some harsh opinions on the side of those who actually do SEO.

I will be the first to admit that I do more writing about SEO than doing SEO these days, but because I have done SEO before and continue to do it in some form or fashion, I'm able to reach into my experience and put myself into positions of making use of the things I theorize or read about. As such, I always look to create clear discernment between when I write something based on theory versus when I write something based on experience. I feel that if more people who write about SEO would be more clear about the perspective from which they write, there would be less animosity between them and the doers of SEO who tend to know what really works, what doesn't work, and when questions of ethics are actually warranted.

Since I have done SEO for a living before, I know that successful SEO typically comes down to the same rudimentary steps. Sure, there are always new theories and applications, but most all of them are simply extensions of the basics you're already familiar with and most likely implementing with success (if you're doing SEO for a living, that is). Not to mention, if you're an SEO project manager and you're juggling numerous clients, you don't always have the mental capacity to sit down and constantly brainstorm/theorize new ideas. Heck, most of the time, you don't even need to -- especially if your toolkit is already extensive.

So, as a doer of SEO, I empathize with those who call "BS!" at the drop of a hat with some of the things they read. I mean, I certainly have had (and still have) my fair share of times where I found myself angry at someone writing about outdated SEO methods that no longer work or those who somehow manage to amass thousands of followers based on pseudo SEO claims that are complete and utter showers of garbage. But then, there are those select few terrific individuals out there who are like the philosophers of SEO; always carrying a very bright and vivid torch which helps to reveal new passages and trains of thought.

Yes, there are those who solely write about SEO and they contribute greatly to the betterment of the industry; be it helping others to be the best possible SEOs they can be or brainstorming new ideas to help usher specific facets of the SEO industry into new territory. Some of them may not have the SEO experience, but they do have some type of marketing, analytical, and/or client relation/project management experience that really allows them to bring some fresh perspectives to the table. The great thing is that we all find our way to our favorites of these types of SEO writers and they end up becoming avenues for us to consistently rely upon for new ideas to try without having to invest the mental real estate to theorize on our own.

Now, that's not to make doers of SEO appear as though they can't theorize on their own, because nothing could be further from the truth. It's just easier sometimes to spend an hour or two a day keeping up with industry news and reading your favorite bloggers instead of mentally hashing it out with yourself. SEO is an ever-evolving industry and tactics often shift despite the continuity of core best practices. It is in this where my next point lies.

Discussion is an absolute necessity in SEO. You can take 10 SEOs, give them the same exact list of 10 core principles, stick them on a computer and have them fix up a Web site and they'll all have something unique to contribute to the conversation by the end of it. Maybe one person did something that worked better than another, or perhaps one person tried something that another tried, but with no success because they left a step out that the other didn't. I think you can glean where I'm going with this point.

There's the agency SEO, the freelance SEO, and the in-house SEO -- all with their pros and cons which we would know nothing about without either working in all three positions or reading the words of those who have worked in any of them. Discussion gets people involved and creates dialogue, and when people start talking, others become interested. From there, conversation can either wither into incessant babbling or blossom into something much more productive and educational.

Unfortunately, such public discussion can sometimes cause a certain amount of confusion amongst newcomers to the industry. I recall first making my way into the realm of SEO and all I could see was a wide array of differing opinions on everything from core principles to theories I didn't understand back then. Yes, only in the past year-and-a-half have I attained a very clear understanding of SEO, what works, what doesn't, who has everyone's best interests in mind, how to identify the BS artists, etc. I am continuously learning, and because of that, I feel like the confusion caused by differing opinions actually helps in one of two ways:

Either someone cares to delve into the issues further and maybe even get into testing things out for themselves, or someone gets turned off to the idea of SEO because of the foreboding look at how obfuscated the "correct opinion" appears to be.

Sometimes, though, you get these rogue, pseudo SEO marketers who learn just enough to be dangerous to an unsuspecting victim's wallet. Those people are a disgrace to the industry and to all that is right in the world. These people do nothing but read what others have to say, then they pick and choose from the results of other people's tests and they use them to appear authoritative and knowledgeable. While it's easy for an SEO to spot these people, it's not so easy for people who are new to the industry.

With that said, my ultimate opinion here is that the SEO industry operates better because of the variance between those who simply write about SEO and those who do SEO. I used to think there were too many people who rehashed the same content over and over again without actually contributing anything, but people will always need to read the basics and find their way into the industry somehow. As many of you know, there is certainly no shortage of entry points into the SEO industry -- be it for better or for worse, depending on the context with which one enters the industry.

How about you? What's your opinion on writing about SEO versus doing SEO?