The announcement marks WSO2's entry into the emerging market for enterprise PaaS, as well as enabling hybrid computing models. Using Stratos, applications can be created or migrated on-premise, to a private cloud, or to the public cloud for potentially unprecedented deployment flexibility.
Written by Dana Gardner on June 2, 2010

ications and services specifically for platform as a service (PaaS)-type deployments. Stratos goes beyond plain vanilla PaaS, however, by automating provisioning of enterprise servers, including the portal, enterprise service bus (ESB), and application servers. [Disclosure: WSO2 is a sponsor of BriefingsDirect podcasts.]

The announcement marks WSO2's entry into the emerging market for enterprise PaaS, as well as enabling hybrid computing models. Using Stratos, applications can be created or migrated on-premise, to a private cloud, or to the public cloud for potentially unprecedented deployment flexibility.

Through its integration layer, WSO2 Stratos installs onto any existing cloud infrastructure -- Eucalyptus, Ubuntu Enterprise Cloud, Amazon Elastic Computing Cloud (EC2), and VMware ESX, to name a few -- meaning enterprises can let the market work for them, and resist being lockeded into a specific infrastructure provider or platform.

“At a time when IT developers can create a new application in one month, taking months to 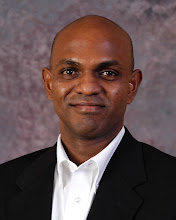 Once Stratos is installed, users get a Web-based management portal where they can configure, manage and govern independent, but consistent, servers for each department, or for each stage of a system’s lifecycle. Each server is completely virtual, scaling up automatically to handle the required load, and metered and billed according to use.

At the heart of the WSO2 Stratos PaaS is a Cloud Manager, which manages all other services and offers a portal where users can log in and register their domain (tenant), manage their account, and configure the middleware services that are available for their users. The Cloud Manager offers point-and-click simplicity for configuring and provisioning middleware services, so developers can get started immediately and focus on the business logic.

At a time when IT developers can create a new application in one month, taking months to provision and deploy servers and systems no longer makes strategic or economic sense.

The Carbon 3.0 Component Manager features a checkbox user interface (UI) where IT professionals start with a lean core and can click to add the functionality they want to their WSO2 middleware products—choosing from among more than 150 features.

WS-Discovery support allows Carbon 3.0 to automatically discover nearby service endpoints, freeing IT professionals from much of the rewiring work typically required when deploying a new set of services or moving existing ones. This facilitates the ability to move deployments between different servers, private clouds, or public clouds.

Availability and support WSO2 Stratos is available today as an early adopter release for private clouds, as a demonstration version on public clouds, and as an early release of the downloadable open source software.

WSO2 also today launched the WSO2 Cloud Partnership Initiative around WSO2 Stratos. WSO2 is partnering with systems integrators (SIs) and infrastructure-as-a-service (IaaS) providers to streamline the development and deployment of applications and services for enterprise clouds.

WSO2 is providing a "fast-track path" for SIs to use WSO2 Stratos for cloud-enabling their customers’ existing applications and services, building and delivering new SaaS offerings, and creating new vertical PaaS/SaaS templates to support industry-specific applications and services, said WSO2. SIs that join the initative gain complementary training, including set-up of a pilot private cloud based on WSO2 Stratos; revenue sharing on initial WSO2 Stratos-based deployments; and a commission on recurring production support revenue.

In conjunction with WSO2 Stratos, WSO2 is launching its new CloudStart Program. The service, priced at $17,500, provides an engineering team onsite for a week to deploy WSO2 Stratos on either Ubuntu Enterprise Cloud or the customer’s existing cloud infrastructure. Working hand-in-hand with the customer development team, the WSO2 experts build a lightweight implementation or proof-of-concept. They then follow up the onsite engagement with offsite development support. You may also be interested in: