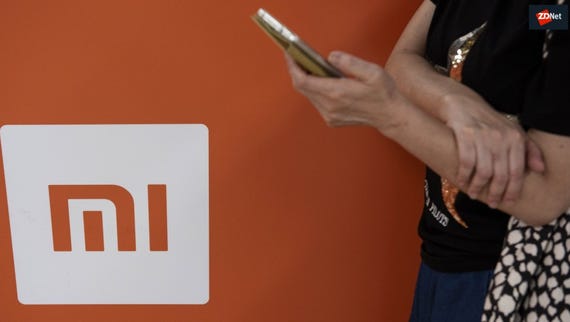 Chinese smartphone maker Xiaomi has shipped 100 million units of phones as of October 26, completing its annual target more than two months ahead of its original plan, Xiaomi's founder and CEO Lei Jun announced on the company's Sina Weibo account.

The news is likely to boost investor confidence as Xiaomi, which raised $4.72 billion in its Hong Kong initial public offering (IPO) at HK$17 per share in June, has seen its shares plunge by nearly 30 percent, closing at HK$12.28 on Friday.

The smartphone brand, currently sitting behind Huawei and Oppo in China, is reporting a better sales result this year. It only shipped 70 million smartphones for the first 10 months in 2017, though it nevertheless also completed its shipment target for last year ahead of time, according to Lei's Sina Weibo post in November 2017.

The 100 million shipment benchmark set in less than 10 months this year is also higher than the full-year shipment result of Xiaomi, which shipped a total of 90 million mobile handsets last year.

Lei released the latest shipment figure one day after he unveiled the Chinese company's latest flagship line of the all-screen phone -- the Mi Mix 3, which has a 93.4 percent screen-to-body ratio thanks to its sliding camera design -- at the Forbidden City in Beijing.

It is also one of the most expensive handsets offered by the budget phone brand to date, with the price tag of the base model starting at 3,299 yuan while a more expensive version could reach almost 5,000 yuan per unit.

Xiaomi is one of the Chinese smartphone brands that have been actively exploring business opportunities outside the Chinese market. In India, the world's second-largest smartphone market, Xiaomi has extended its lead over Samsung, now claiming 27 percent market share compared with the South Korean brand's 23 percent in the previous quarter, a recent Counterpoint Research report said.

The Chinese company has also started marketing its phones in European countries, and has seen significant sales growth there this year.

But compared with Huawei, the biggest phone brand in China, Xiaomi remains behind; Huawei has shipped 100 million phones as of mid-July, and is aiming to ship as many as 200 million handsets this year, the company has previously said.

Investors from mainland China will be able to partake in Xiaomi's initial public offering in Hong Kong which is expected to raise up to $10 billion.

Xiaomi Redmi 5 Plus review: Is this the best sub-£200 phone in the world?

The 5.99-inch Redmi 5 Plus looks, feels and performs like a much more expensive smartphone. It's not perfect, but the drawbacks are minor.

Android 9 Pie is really about morphing the mobile operating system to a platform for the search giant's artificial intelligence.

How to install Android Pie on your Android smartphone (TechRepublic)