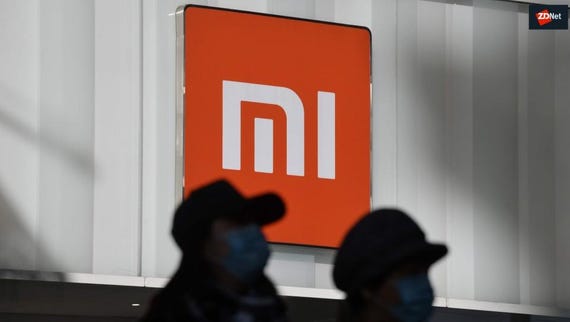 Xiaomi has filed a legal action against the US Defense and Treasury departments that seeks to remove itself from the country's official list of Communist Chinese military companies (CCMC).

The Department of Defense added Xiaomi onto the list in mid-January after it accused the company of "appearing to be [a] civilian entity" in order to procure advanced technologies in support of the modernisation goals of the Chinese military.

In the legal complaint [PDF], Xiaomi said it filed the lawsuit as the CCMC designation would cause "immediate and irreparable harm to Xiaomi", including by cutting off Xiaomi's access to US capital markets.

It added that the restrictions would interfere with the company's business relationships and ability to conduct and expand its business, as well as harm its reputation and goodwill among business partners and consumers, both in the United States and around the world.

Companies placed on the CCMC list are subject to a Donald Trump executive order that came into force in November last year. The executive order prohibits US persons from trading and investing in any of the listed companies and bans trading in any new companies once the US has placed the CCMC label on them.

As a result, people in the US will no longer be able to purchase publicly traded Xiaomi securities or derivatives of those securities from March 15 onwards and must divest any holdings by January 14 next year.

Xiaomi in the complaint also accused the US departments of designating the company as a CCMC without providing reasoned explanations.

"Xiaomi would not be subject to these harms but for Defendants' unlawful designation of Xiaomi as a CCMC, and the resulting restrictions under Executive Order 13959,"  the company said.

It explained that more than 75% of the voting rights in the company are held by co-founders Lei Jun and Bin Lin and that various Xiaomi shareholders were US companies, such as BlackRock and The Vanguard Group.

The lawsuit follows Xiaomi releasing a statement last month proclaiming it had no ties with the Chinese military.

In recent weeks, US entities, such as the New York Stock Exchange, have struggled to handle the consequences and interpretation of the CCMC list. Across the month of January, the exchange said it would delist a trio of Chinese telcos, before changing its mind, and then it reverted to its original decision.

As Xiaomi prepares to enter into a legal stoush with the US government, the company has simultaneously launched a new form of charging that it touted can remotely charge electronic devices without any cables or wireless charging stands.

Labelled as Mi Air Charge, the technology is a "charging pile" that uses 144 antennas to transmit millimetre-wide waves to charge smartphones. These waves can only be transmitted by smartphones that have a built-in "beacon antenna", however, which is what allows for devices to receive the charging waves.

The device maker has released a statement saying that it is not a Communist Chinese military company.

Xiaomi to invest $7.2 billion in 5G, AI, and IoT over five years

Xiaomi is facing stiff competition in its core smartphone business as other Chinese Android-makers, especially Huawei, continue to erode the market shares of smaller players.

Chinese giant cites 'persistent unavailability of technical elements' as the reason for selling its Honor sub-brand.

The NYSE ban on three Chinese telcos is back

Latest reversal comes after the exchange received 'guidance' from the US Treasury.