Chinese smartphone maker Xiaomi has followed in the footsteps of other major mobile phone makers including Apple and Huawei by launching its own chip, dubbed the Surge S1.

The new custom processor powers its latest budget phone the Mi 5c, which will officially hit shelves this week with a pricetag of 1,499 yuan ($218).

According to Xiaomi founder Lei Jun, it is painful for smartphone makers to use test-version chipsets, or even chipset drawings, when designing next-generation smartphones.

Speaking to Chinese media in Beijing on Tuesday regarding the decision, Lei said the new chip marks a major milestone for Xiaomi as the ability to make self-designed chipsets is crucial for smartphone makers. He added that Xiaomi is also eyeing technical capacity on other core components including screens and cameras.

However, Lei added that R&D investment on the Surge S1 chip exceeds 1 billion yuan ($145 million), which means the average cost of each chip on the Mi 5c will amount to 1,000 yuan ($145) if the handset only sells 1 million units.

It is only when smartphone sales of a model exceed 10 million units that there will be cost advantages, he said.

Xiaomi becomes the fourth smartphone maker in the market to customize their own supply chips after Apple, Samsung, and fellow Chinese maker Huawei, and the decision will reduce a dependence on makers such as Qualcomm.

Last week, Huawei launched its latest flagship model, Huawei P10 and a larger variant P10 Plus, both based on its self-made Kirin 960 platform. 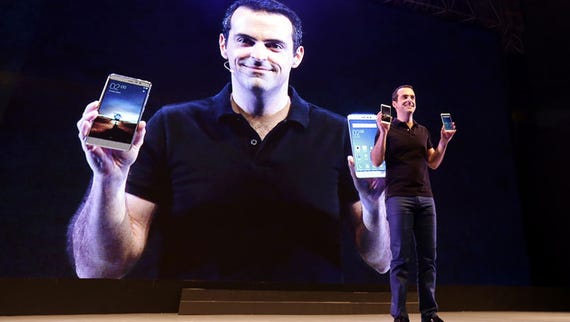 Join Discussion for: Xiaomi unveils its own smartphone chip for...