Full Bio
Posted in Between the Lines on March 26, 2015 | Topic: Data Management

Yahoo published a rather routine update to its bi-annual transparency report on Thursday.

Covering the window between July and December 2014, the document offers a glimpse into the number of requests for user data and content removal demanded by government agencies in the nations where Yahoo operates. 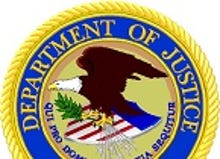 Microsoft, Yahoo!, others release FISA request data Along with Apple, Facebook, Google and LinkedIn, Microsoft and Yahoo! released data on the number of requests for account data and content they receive from the US government.

The United States was by far and away the leader in data requests, with the United Kingdom, Taiwan, France, Germany, and India also delving into the thousands.

Yahoo received a total of 4,865 requests for data with inquiries into 9,752 accounts.

Yahoo said it only disclosed content regarding 1,157 inquiries, rejecting another 258.

"We evaluate each government request with a focus on minimizing disclosure of user data and we publish a transparency report to promote accountability and transparency," explained Yahoo's general counsel Ron Bell in a blog post on Thursday.

Stressing further protection for its users, Bell promised Yahoo will be scaling its new e2e encryption email security measure to all accounts by the end of 2015.

The source code for the e2e end-to-end encryption extension for Yahoo Mail, which debuted last week, is now available on GitHub.

Following revelations about the National Security Agency's data-mining programs in June 2013, Yahoo began publishing transparency reports (much like Google and other tech giants before it) that September.

On the financial side of the spectrum, Yahoo's board also made headlines on Thursday through the approval of a new multi-billion stock buyback program.

According to an 8-K form filed with the U.S. Securities and Exchange Commission today, Yahoo's Board of Directors approved an additional share repurchase program worth $2 billion

The amount of shares under the "New Repurchase Program" is on top of the remainder from Yahoo's existing stock repurchase program approved in November 2013. With $726 million still in the balance, the latter expires in December 2016.