Russian search giant Yandex is opening its first facility in Israel, after announcing this week that it had acquired Tel Aviv-based startup KitLocate.

Details of the acquisition were not revealed, but the deal is thought to be in the $20m range.

According to KitLocate CEO Omri Moran, Yandex was interested specifically in the battery-saving technology KitLocate has developed.

By using data culled from a device's sensors — GPS, wi-fi, Bluetooth, or accelerometer, for example — KitLocate records usage patterns and the context in which an app or sensor is being used. That information is uploaded to its server where it is crunched, building a user profile with usage context always taken into account. 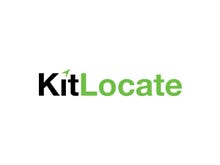 One startup reckons that's its cracked how to make location-based services work on mobile without hammering battery life.

'Context', Moran says, could mean, for example, using crowdsourced traffic data to do a little less polling of the GPS chip, thus saving battery power. If the driver is, according to the directions provided by a driving app, supposed to continue on the same road for another 20 miles, and traffic for the 20 miles forward is light, there's no need to poll the GPS chip every five seconds.

"It all depends on the context," Moran said. "Sometimes you need to poll more, but if you don't need to, KitLocate will make sure you don't, so you save battery power."

KitLocate's platform contains many similar tricks to save battery power. "When a user is at the office they may leave their device untouched or plugged into the wall for recharging, and in a case where the device isn't moving there is no need to have the GPS chip active," Moran said.

"So if KitLocate sees that there is a pattern where a device doesn't move every day between certain hours, it assumes that the device is going to be stationary during that time, and it polls the sensors less frequently, saving battery time."

Yandex is chiefly known as a search engine, but it also has a significant apps and services. "It's a lot like Google, both in terms of the services and its revenue model," Moran said. "I can't say exactly which app or component of Yandex we will be involved with, but the company will definitely use our technology and staff to the fullest."

According to Yandex: "Those of our mobile products that don't need continuous GPS synching, such as our location-based search, cannot wait to be augmented by KitLocate's smart solution. With KitLocate's technology, we'll be able to deliver search results, as well as product or service offers, on the user's mobile phone or tablet, relevant not only to a specific user, but also to their current location. This cloud solution looks especially promising for location-based recommendation apps."

KitLocate is less than a year old, and is a graduate of the latest Microsoft Ventures Accelerator program . The Yandex deal is the second one for a graduate of the accelerator: last month, Israeli web authoring platform Wix.com acquired another Israeli startup, Tel Aviv-based Appixia, which has developed a no-coding authoring platform for mobile devices. That acquisition was Wix's first big move since going public last November.