Mobile location-based services and big data: Israeli startup KitLocate is hoping to use one to give the other a jumpstart. 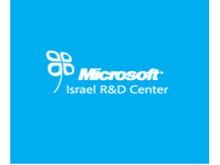 The key to improving location services is data — lots of it, according to Omri Moran, CEO of KitLocate. "By analyzing data that you collect about users' personal habits, you can develop patterns of usage that lets you not only provide a wider variety of services," said.

KitLocate's platform uses data to anticipate what a user is going to do next. Storing information culled from a device's sensors — GPS, wi-fi, Bluetooth, accelerometer — KitLocate records usage patterns and the context in which an app or sensor is being used. That information is uploaded to its server where it is crunched, building a user profile that can be used in many novel ways, always taking into account usage context.

'Context', in the case of KitLocate, could, for example, mean using crowdsourced traffic data to do a little less polling of the GPS chip, thus saving battery power. If the driver is, according to the directions provided by a driving app (like Google Maps), supposed to continue on the same road for another 20 miles, and traffic for the 20 miles forward is light, there's no need to poll the GPS chip every five seconds. "It all depends on the context," said Moran. "Sometimes you need to poll more, but if you don't need to, KitLocate will make sure you don't, so you save battery power."

When the system realizes that the driver has reached their destination – such as when the GPS chip stops reporting movement that indicates driving (that the device is no longer moving at several miles per hour), it can shift focus from driving directions to walking directions. "If KitLocate is integrated into Google Maps, for example, it could switch from driving instructions to walking instructions," said Moran.

"When a user is at the office they may leave their device untouched or plugged into the wall for recharging, and in a case where the device isn't moving, there is no need to have the GPS chip active," said Moran. "So if KitLocate sees that there is a pattern where a device doesn't move every day between certain hours, it assumes that the device is going to be stationary during that time, and it polls the sensors less frequently, saving battery time."

But collecting data on usage habits can be used in other ways, particularly by retailers and service companies.

For example, a restaurant or filling station chain that uses a GPS-based service like Waze or Google Maps to advertise to drivers in a specific area will usually take a 'blanket' approach, sending out a generic offer to all drivers in the area the app. If the chain knew that a driver was a frequent customer, they could target then them with more specific offers, as well as offers for their partner businesses in the area.

"If, for example, the driver prefers gasoline A, and they have a partnership with fast food chain B, they could send a coupon for discounts at the fast food chain for drivers who are members of the filling station's club," said Moran.

For retailers or service providers, there are more possibilities offered by location data analysis. "A retailer could target offers to specific segments, making it much more likely that they would get a response," said Moran. If KitLocate, for example, records that an individual spent a long time in electronics stores, the system will know exactly who it's dealing with — and service providers, retailers, restaurants, and anyone else that subscribes to KitLocate's service can build campaigns to reach that user better.

It all sounds a bit invasive — Big Brother-ish, in fact — but Moran is convinced that this is where location is going. "The big data revolution is definitely coming to location, because there is just too much opportunity and too much at stake."

He adds: "We host all the data on our servers, we ensure the highest level of security and the strictest level of regulatory compliance. All the information we collect is data that users have agreed to let us collect," said Moran

But the law is one thing; perception is another, and Moran understands that not everyone is comfortable with data collection on a large scale. KitLocate encourages client businesses "to not only reveal that they are collecting data, but to give them an easy method to opt-out, like a big button on the app itself, not on a hard to reach website," he said.

Moran, obviously, believes customers will choose not to opt-out. "With our system businesses will get a lot more value, but so will users, as businesses will be able to provide them with more effective service and offers."

Besides, there's that battery thing, added Moran: "We aim to make things more convenient and efficient for everyone, and be able to go a full day without having to recharge your device is pretty convenient."