Remote work is the new normal. But the tech problems won't go away

A new study finds that while many businesses successfully switched to telecommuting overnight, some serious fine-tuning is needed if WFH is to become permanent.
Written by Daphne Leprince-Ringuet on July 21, 2020 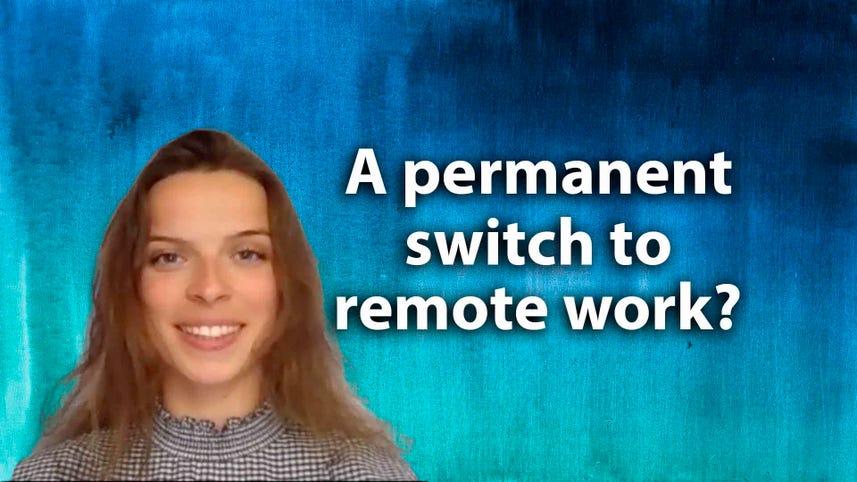 When COVID-19 hit, little thought was given by business leaders to fine-tuning the work-from-home experience of their employees. If things worked slowly, it didn't matter: at least, they worked. The first few weeks of worldwide remote working were about getting the basics up and running 'at any level'.

But as staff got more used to working from home, IT teams started seeing a huge surge in tickets filed for various work-from-home issues. And there is one complaint that IT teams hear time and time again: 'This is really slow'.

"What does an IT worker do when someone is sitting at home, trying to access an application, and tells them: 'This is really slow?'" asks Joe Bombagi, director of solutions engineering at IT company Riverbed. "Most end users just want to access their applications and get the best performance. Behind the scenes, making that work requires a lot of technology, a lot of potential infrastructure, software and toolkits that make it seamless."

In fact, a report newly released by Riverbed shows that almost three-quarters of business decision makers in the UK were not prepared to support extensive remote work at the beginning of the outbreak. In the healthcare industry, the number jumps to 92%.

But now, a few months into the so-called 'new normal', business leaders are thinking about the longer-term implications of COVID-19 – and the evidence that remote working is not going anywhere, even once the crisis passes.

Riverbed's report shows that business leaders around the world expect a nearly 50% increase in employees working from home post-COVID-19. In the UK, more than a quarter of organizations' teams are expected to become permanently remote.

But if WFH is to become a new norm, businesses will have to find a way to avoid the now-dreaded 'this is too slow' issue. "How do you fix that – is it too slow because someone's child is watching Netflix in the background? Is the employee using a dodgy Internet controller? You can't control these things in a remote environment," says Bombagi.

"You have to think of what technology you can put in place so that all these variables become much less impactful, and so that users have good levels of access and performance," he continues. "That's what we're starting to see now."

According to Riverbed's report, nearly all (94%) of decision makers admitted that technology glitches have impacted their employees and businesses while working remotely. The most common issues include poor quality of video meetings, frequent disconnects from corporate networks, slow file downloads and long response times when loading apps. Unsurprisingly, one of the major barriers to success has been unreliable home Wi-Fi.

For that reason, the research concludes that while business leaders are comfortable with remote work, they are not fully prepared yet for a permanent shift to telecommuting. "Generally, people are more prepared," says Bombagi, "but I wouldn't say they are quite there yet."

Things are changing. A few months ago, the global work-from-home experiment happened in a rush, unprepared, and with no budget set aside for it; but Bombagi maintains that three months onwards, businesses are ready for some cold-headed, strategic planning.

That's due to think-task forces, project teams, and budgets dedicated to sustaining 'work from anywhere' – as well as much faster strategic decisions, made in a matter of weeks, rather than taking the many months they would have before. "It makes you question why things were so slow before," says Bombagi.

Up to 72% of business leaders surveyed as part of Riverbed's recent research reported plans to make additional investments during the next year to make sure they could support a productive remote workforce.

Respondents said that they had already started identifying their priority strategies and technologies for the next two years, which include updating company-wide policies, automating remote-network operations or investing in digital-security technology and software.

Bombagi insists that a key part of the WFH equation will consist of using software for better visibility and monitoring of employee networks and performance. When a user carries out a task in the office, on a corporate laptop, via a corporate wide area network, it is easy enough for the company IT team to control the issues that might arise; that's not so easy when the employee is sitting at home.

"Now, the user may be using their iPad, a home internet connection with completely unpredictable performances, and going to applications like Office365, which is SaaS-based," says Bombagi. "Everything about that transaction is completely off-premise and out-of-control."

Increasing visibility, monitoring and control will automatically improve the end-users' connectivity, access and performance, argues Bombagi. In turn, that will boost productivity and, ultimately, business revenue.

Once the technical issues are overcome, there is much to be gained from an off-premise workforce. Employees themselves seem to draw a better work-life balance out of telecommuting; in fact, three-quarters of UK employees have reported not wanting to go back to the office full-time.

Half of the business leaders surveyed by Riverbed named a better work-life balance as a bottom-line benefit for their employees as a result of remote working. An equal proportion of respondents also mentioned savings from office space, and 43% said that they expected flexible working to increase productivity.

"In a year's time, I believe the biggest difference to everyday work will be that people will be much more available, without all of the complications and logistics that we have always known, and this will make them more efficient and productive," says Bombagi.

Since the start of the crisis, he has noticed that he can fit in up to eight virtual customer meetings on a given day, where he could previously only do two, and only if they were both based in London.

His working day used to be planned around logistics: "If I'm going to be on the Tube, I know I can't make a call. If I'm driving somewhere, I can make a call, but I can't do a presentation. If I'm on a plane, apart from some email, I can't really do anything," says Bombagi.

This might all become obsolete as telecommuting becomes the by-default way of working in the near future. Decision makers are certainly interested, and it would seem that WFH is high up on the agenda for many organizations.

The challenge is now to overcome the technical difficulties of remote working – daily frustrations that are only glitches in the context of a pandemic, but that will become nuisances as the trend settles in. Getting the technology stack right won't be easy, but the gains on the other side could be huge.