Your IT department is stuck in a time-warp. Agile and DevOps might be able to save it

Collaborative CIOs must create blended IT and business teams that work in an agile way to deliver digital products and services quickly to ever-demanding customers.
Written by Mark Samuels, Freelance Business Journalist on March 10, 2020 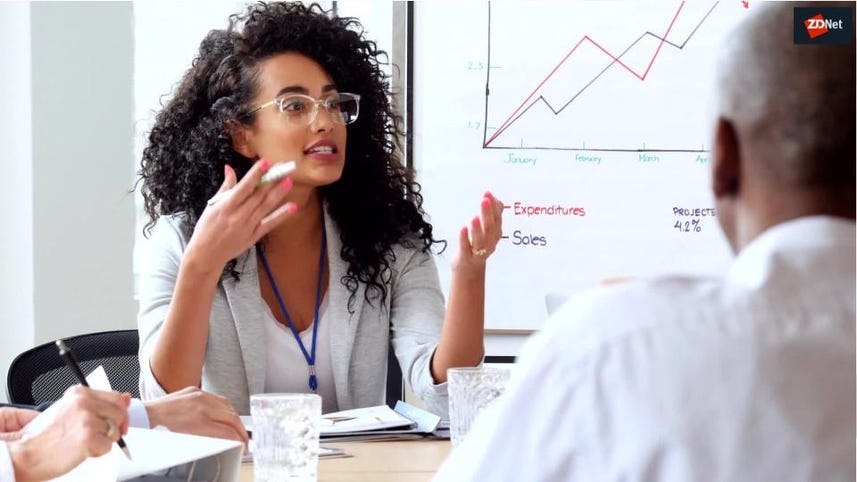 Tech analyst Gartner predicts that 50% of organisations will experience increased collaboration between their business and IT teams during the next two years.

On the face of it, that's good news. Industry experts and business leaders alike have long-talked of the need for closer interaction between the IT department and the rest of the business.

But the fact that closer collaboration is going to be a factor for 50% of organisations raises another question: what on earth are the other 50% of IT teams doing?

The answer is not good news, confirms Gartner analyst Bill Swanton. Rather than increased collaboration, the narrative in these laggard companies is a familiar tale of old-style, centralised IT management.

"Traditionally, technical teams in IT and business users were kept at arms-length, with requirements documents defining what was to be built – and eventually software delivered – to the original spec, even if the situation and therefore the requirements had changed or were misunderstood. The other 50% will remain in this trap," he says.

It's strange that so many organisations are still stuck in this position. Leading CIOs have been discussing the need for closer IT and business alignment for more than a decade. So long, in fact, that talk of the need to align IT capabilities and business requirements pre-dates even the threat of disruption and the clamour for digital transformation.

In today's age of decentralised IT procurement, where line-of-business employees can buy their own applications through the cloud, it's remarkable that so many technology teams would be still holding an arms-length stance.

For some, at least, change is coming. Gartner suggests the dispute between business and IT teams over the control of technology will lessen as both sides learn that joint participation – and a more agile approach to technology implementation – is critical to the success of innovation in a digital workplace.

In some organisations, employees in line-of-business functions and IT are becoming aligned to a common goal, working more collaboratively and implementing new technologies effectively across the organisation.

"In situations like digital business, when the software is essentially a part of the product or service delivered to the customer, it is not unusual to find blended business/technical teams outside of IT working together. We see this as a trend – and the 50% number is just our prediction of how far the trend will go in the next two years," Swanton says.

Consultant Deloitte also notes that there is an increased focus on blended working. Its recently released annual Tech Trends report says the business of technology – how IT operates – is evolving as IT and business strategies converge. It says many IT teams are shifting their focus from project delivery to business outcomes – and to do this, CIOs are adopting collaboration-enabling development methodologies, like Agile and DevOps.

Deloitte reports that 56% of CIOs expect to implement Agile, DevOps, or a similar flexible IT delivery model to increase IT responsiveness and help spur broader innovation ambitions in the next few years. It says these initiatives typically feature cross-functional teams working in iterative sprints.

While some organisations and departments adopt specific tools and methodologies, the adoption of agile working methods in other enterprises is a softer tactic. Agility in these cases, as Deloitte notes, is more like "a state of being nimble or flexible", rather than using an Agile software development methodology.

In some cases, in fact, the very aim of digital transformation is to create an IT team that is capable of delivering technology solutions to business challenges more quickly. IDC vice president Neil Ward-Dutton says most enterprises tell his research firm that they're transforming in order to become more agile organisations.

"Agility matters, because digital technologies have penetrated pretty much every industry – which has catalysed a number of changes," he says.

These changes include increasing customer expectations around immediacy and choice, as well as a lowering of the bar for new, legacy-free competitors to enter markets. As a result, Ward-Dutton says customer demands and business trends in pretty much every industry have become more volatile and unpredictable.

In a digital age, the risk of disruption means companies that want to stay competitive have to become nimble, whether that's through the use of Agile methods and tools or just through the use of softer, more collaborative working methods.

IT should be well-placed to help deliver the benefits of this technology and business integration. Agile software development is an invention of the IT department – that its broader benefits have sometimes not travelled beyond the data centre and out across the rest of the enterprise is due to a lack of engagement from IT professionals.

And the good news is that companies that strive to encourage joined-up development are likely to reap the benefits. Julie Dodd, director of transformation at charity Parkinson's UK, says that there are significant opportunities for organisations that get the right blend between IT development and business requirements.

"Where previously an organisation's technology infrastructure and digital product strategy was only a topic of discussion when something went wrong, there's now an emerging hunger to really make the most of the potential opportunities," she says.

Dodd says Parkinson's UK is transforming how its delivers its programme of work, whether that's the services it provides to people who rely on the charity or how it accelerates progress in clinical research. She says new technology tools are an important part of that work, but so too is a blended and collaborative approach.

"The new team roles and skillsets we've introduced, and the new iterative and agile processes we've adopted, are crucial," she says. "It can feel uncomfortable for leaders because so much of the language is unfamiliar, but the principles are common sense. And that feeling of uncertainty is also a positive sign that an organisation is open to adaptation, and that's the heart of modern transformation."