Forrester Research's senior analyst Clement Teo sums up the benefits of cloud adoption with the acronym "AMACES".
Written by Ryan Huang, Editor on May 18, 2014 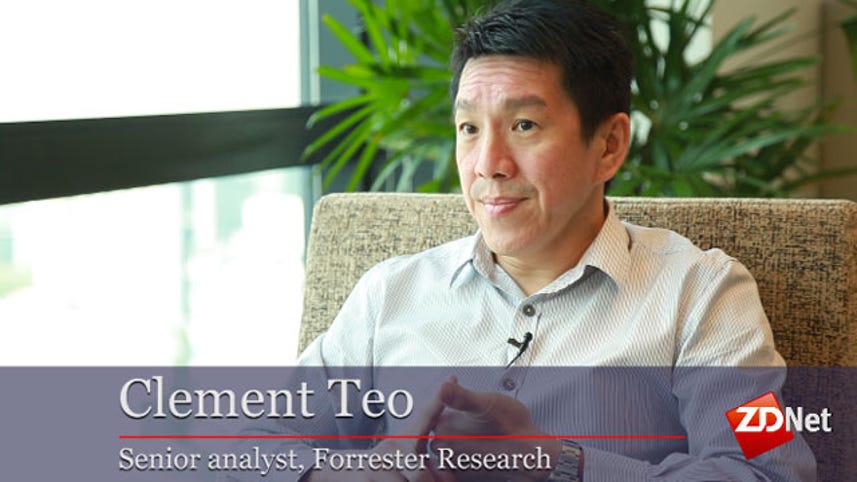 Increasingly limited IT budgets force CIOs to do more with less.  One solution is to move some workloads to the cloud, reduce hardware spend, virtualize some servers and increase the efficiencies of data centers.

"The subscription model is very attractive when you don't have to put cash upfront to get the same efficiencies they need. and you don't have to worry about building it because someone else is going to help you do the same job," said Forrester Research's senior analyst Clement Teo.

He listed six key reasons for company's to consider moving:

Teo pointed out this was in line with the regional drop in appetite for hardware spending, where overall IT budgets have been growing fairly conservatively at around 7 percent annually.

"We did a survey of about 2,000 CIOs last four years in ASEAN," said Teo. "In 2012, about 21 percent said they would spend a portion of IT budget on hardware, last year it dropped to 16 percent," he noted.
For a summary of the video, catch the highlights.