Coding courses and bootcamps: Why a university degree isn't the only option for developers

To keep up with the digital revolution, we need an overhaul of the educational system.
Written by Daphne Leprince-Ringuet on Feb. 4, 2020 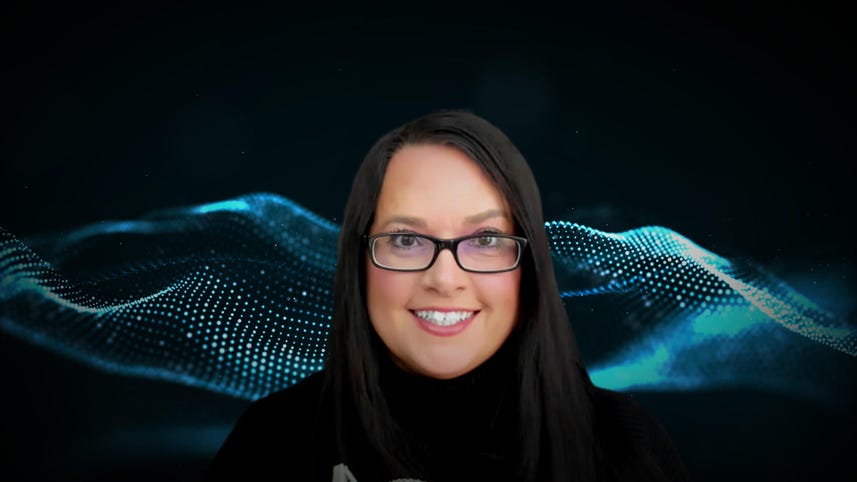 Thirty universities, 100 courses, 32,000 students and a £40 million ($52 million) investment from government and industry: those are the numbers put forward by the UK's Institute of Coding (IoC) to warrant popping the champagne for the organisation's second anniversary this month.

It was back in 2018 that the Institute first opened its doors under Theresa May's leadership – albeit hypothetical doors. Contrary to what its name suggests, the IoC is not a physical school; rather, it describes itself as a "consortium".

In effect, the IoC develops and implements short courses, taught in partner universities, and designed to develop students' digital skills. Not just coding, despite the name, but also cryptography, ethical hacking, data collection and so on.

The challenge was outlined by the government when the IoC opened two years ago: to "tackle the UK's digital skills gap". And that is no small gap. It is estimated that employers currently struggle to hire for up to one third of unfilled vacancies in the UK because applicants lack digital skills. In other words, about 100,000 jobs out there are up for grabs, but they lack candidates.

In the year that the IoC opened, up to 5,000 students enrolled on the then 35 courses offered by the organisation. The number jumped to 32,000 learners studying for up to 100 courses as of 2020. Although it did not provide exact numbers, the IoC told ZDNet that the latest statistics surpassed the success "requirements" set out as part of the organisation's grant funding, and initially agreed with the Office for Students, an independent regulator.

"The number of students enrolled has been a testament to the demand that there is from learners to develop skills in the digital space," Rachid Hourizi, the director of the IoC, told ZDNet.

"There has been a very clear response suggesting that we've helped. What's been interesting has been to cater for the needs of new kinds of learners – not necessarily new entrants that need a three-year-long degree. We've created short modules, for those looking for a short program, or a way to re-enter the job market."

Hourizi is adamant, however, that those are not "crash courses". Rather, they are a new form of learning, designed for a different crowd than straight-out-of-school learners. The idea being, that if you've worked in IT for 20 years, for example, and suddenly find that you need an additional skill, you shouldn't need to go back to university for three years to learn the basics that you know already.

"We have created courses that are not for everybody for sure, but that's by design rather than by accident," said Hourizi. "If we want a greater number of people using higher education to reach the tech industry, it seems to me that we must provide different entrance points for different groups of people."

The idea is innovative, and could help tackle the UK workforce's lack of technology skills – a gap that will only widen as the economy increasingly digitises. But ultimately, when it comes down to selling an IoC course to an employer on a CV, will a two-week long module be enough to convince that the applicant has acquired the relevant skill?

The issue of accreditation is still one that needs working on. The IoC is working with distance-learning pioneer the Open University to set up a new accreditation standard for some courses – but at the moment, the organisation's modules are not equivalent to any other qualification.

What Hourizi is banking on, however, is that employers will note that the IoC is not working independently: the organisation is developing courses based on the direct input of those that are actually hunting for specific skills.

The IoC, in effect, has not only partnered with universities: it is also collaborating with over 100 companies and employer organisations. Sixteen of those companies also sit on the Institute's joint advisory board, to provide advice on programs and help develop new forms of accreditation.

"We are bringing together educators, government representatives and employers in the same room – people who have not come together at this scale before," said Hourizi. "The directness of the conversation has allowed us to make improvements in a number of areas, and especially in ensuring greater alignment between the courses taught and the skills required by employers."

Bridging between industry and education could be the IoC's most significant success so far. As Hourizi explained, the digital transformation may well have rendered the traditional pathway to a career obsolete. Workers constantly need new skills – which means that learning has to happen even after the three years spent in higher education. That disconnect is the one that the IoC is hoping to remedy.

And so, where the government has been too slow to reform schools and universities, entrepreneurs elsewhere have taken things in their own hands. French billionaire Xavier Niel founded Ecole 42 in 2013, a tuition-free school that offers four-week intensive computer-programming bootcamps.

In the US, Adam Enbar founded coding school FlatIron, whose curriculum features software engineering, data science, or UX/UI design – and is delivered across WeWork campuses.

"Traditional institutions haven't changed much in the past hundred years, and they aren't necessarily equipped to deal with the dramatic changes that came with the world of technology," Enbar told ZDNet.

"Coding bootcamps and digital-learning platforms are absolutely demonstrating value on a CV, because things that traditionally mattered on a resume are less and less relevant today," he added.

FlatIron School was founded in 2012, and the school now boasts graduates working with companies like Google, Apple, Black Rock and even NASA.

Education will need some radical change if it is to successfully respond to employers' appetite for new skills, or so it seems. In the UK, this is especially true as the country prepares to leave the EU. A recent report from the Confederation of British Industry (CBI) shows that the UK's information and communications technology sector, for instance, hires about half of its talent in the EU.

In London alone, about a third of tech workers are EU nationals. In this context, the CBI recommended close cooperation between businesses and government to make sure that the digital skills gap doesn't expand even further once the European pool of talent becomes less accessible to UK employers.

Felicity Burch, CBI director of digital innovation, told ZDNet: "More can be done to match businesses with the skills they need, such as building on initiatives like the Institute of Coding that bring companies and local education providers together."

In the ever-changing world of technology, however, Brexit is only one factor. Even more paramount is that by nature, digital skills are a continuously evolving landscape – and that the tools that workers need today may not be those they will need tomorrow.

Take quantum, for example. Although the technology is still in its infancy, software developers may need to be able to use quantum-related skills in less than a decade – and educational institutions should be preparing for the change right now.

"The skills of which we are already short are only a snapshot in time," said Hourizi. "At the moment, for example, we need a lot more people with AI skills. Then quantum throws everything up in the air again. We have to think about the skills needed right now so we have the relevant programs in place within five years. And you can't do that overnight."

Technology is a double-edged sword. As the tech ecosystem continues to grow, bringing additional billions of pounds to the economy, so will the need for skills that the workforce is already lacking. The IoC is one option to tackle the issue, but it is clear that a lot more needs to be done – and that time is running out.