Blockchain elections: How Bitcoin tech could secure your vote - and save democracy

More governments have tested blockchain-based voting systems, but they haven't been problem-free.
Written by Danny Palmer, Senior Writer on Feb. 4, 2020 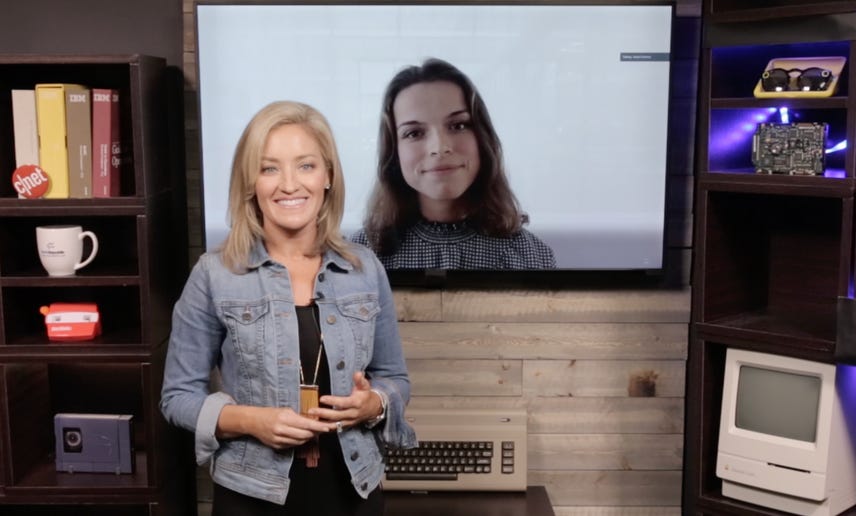 As technology reaches into every aspect of our lives, interest in the use of electronic voting in elections has been increasing, as this -- its backers claim -- can make votes more secure and quicker to count.

But while this might seem as simple as updating the old paper process for the modern age, this shift to electronic voting has not been without problems.

Security researchers have uncovered a number of vulnerabilities in electronic voting machines used throughout the US, while the idea of mobile application-based voting comes with concerns about verifying voters and fears of election fraud. As a result, some have suggested the use of of blockchain-based voting as a solution.

The idea is that by using blockchain -- a decentralised distributed ledger technology that records transactions in a way that means they can't be altered without the agreement of all parties -- it becomes much harder to tamper with electronic votes.

While blockchain is most famously used to record bitcoin transactions, it has also been tested in areas including storing medical records, authenticating physical transactions and more.

During 2017 and 2018, there were several examples of blockchain being tested in election systems, with varying results, and governments and local authorities around the world have continued to test the technology during the past year.

The city of Zug -- known as Switzerland's 'Crypto Valley' -- tested a blockchain-based e-vote last summer, which saw 220 citizens with a registered digital ID eligible to vote on the platform built by Luxoft and Hochschule Luzern's Blockchain Lab.

Following the trial, a survey of residents of Zug found that four in five welcomed the use of e-voting in the city -- although there was division over whether blockchain improves the security of electronic voting or makes it more of a challenge. Just 21% said they believed blockchain technology made electronic voting more secure, while 16% said they had security concerns.

A number of citizens also wished to continue to have the option to vote by traditional mail until further progress is made with e-voting.

One of the key benefits put forward by blockchain voting advocates is that it helps secure electronic voting from tampering, hacking and other outside interference. However, there have been a number of instances where blockchain-based voting systems have been found to contain security flaws.

In August, a security researcher found a critical vulnerability in the Ethereum-based voting system set to be used in the Moscow City Duma election. In the worst-case scenario, the vulnerability could reveal the votes cast by individuals using the system, which was developed by the Moscow Department of Information Technology. On being informed of the issue, the department said it would fix the vulnerability ahead of the vote.

With the 2020 US Presidential election looming, electronic voting and election security is high on the agenda. As the US prepares for Vote 2020, there have been some limited trials of blockchain-based voting at a local level, with counties in West Virginia among those testing the technology.

After downloading the app from the Google Play Store or Apple's App Store, users had to provide their phone number and an eight-digit code, alongside verifying themselves with photographic ID and facial recognition technology.

Once active, the users can send electronic votes through the app, verifying their identity with facial recognition of fingerprint scanning. Nearly 150 users across 24 counties used the Voatz blockchain app during the midterm elections last year.

Following the election, it was revealed that someone had attempted to gain unauthorised access to the system -- although no votes were viewed, altered or impacted. Since then, Senator Ron Wyden has written to the Department of Defense to call for the Pentagon to audit Voatz, citing concerns that the app doesn't do enough to protect against outside interference. In a statement, Voatz said it hasn't been contacted by Senator Wyden and that it would welcome any audit.

But if the technology behind blockchain-based voting can be compromised, that raises questions about the security of a system that advocates claim can combat that very kind of fraud and interference.

A user could go through all the required steps to authenticate themselves on their device, but if the back end has been compromised, then it's all for nothing -- because while it's difficult to alter the blockchain, it's not outright impossible.

"There is no such thing as complete immutability -- you'll always be able to change something, it's just a case of how difficult it is. But in the case of blockchain it's very obvious when it happens, which is a deterrent," says Martha Bennett, VP and principal analyst at Forrester.

The nature of blockchain also creates issues that might not be compatible with the unique nature of elections, where the details of a transaction having taken place need to be registered, and the candidates need to know how many votes they've received, but the way in which voters have voted needs to be kept secret.

"How do you make sure the votes are kept secret? You want the transparency of knowing who has been voted for, but at the same time you can't have the voter's identity being associated with a vote," says Bennett. "I'm personally really skeptical that this is the right technology".

But, as demonstrated by the trials of blockchain-based voting, there is continued enthusiasm for the use of the technology in this way.

While there are issues that need to be ironed out before it could go mainstream, some believe that the introduction of a new technology in this space could be the way to bring democracy into the 21st century -- when people expect ease and convenience, to be able to do something at the tap of an app, rather than walking to a community centre to cast a vote.

That element of convenience can bring benefits, in that it encourages more people to turn out and engage in the democratic process.

"Every country which has trialled electronic or blockchain voting for real elections has had uptake increase enormously. It's more convenient," says David Galindo, senior lecturer in computer security at the University of Birmingham and lead cryptographer at AI and blockchain start-up Fetch.AI.

"Convenience plays such an important role in other parts of life -- think how we've moved from cash-based payments to contactless payments, it's all about convenience".

When cashless and contactless payments were first introduced there were fears around security, but because people started using products in this way, the banking industry had to work to make it secure.

The same could happen when blockchain-based voting becomes more widespread, as regulations will be needed about systems, apps and back ends -- moves that will actively make the systems more secure by default.

"When a country or a region does these trials of introducing online voting, what you see is a side effect. Because they have to rethink their processes and procedures and that actually brings an extra layer of compliance and thinking to the system," Galindo explains.

Voting is something which, in many countries, remains the same as it has been since ballots began over 200 years ago. In the UK, for example, it still involves putting a cross on a paper ballot. For Dr Galindo, that should be updated -- and electronic voting provides the answer.

More on blockchain and voting

How to resize images

How to resize images

How to set up and and use your phone's emergency features

How to set up and and use your phone's emergency features