Full Bio
on June 1, 2018 | Topic: How Blockchain Will Disrupt Business 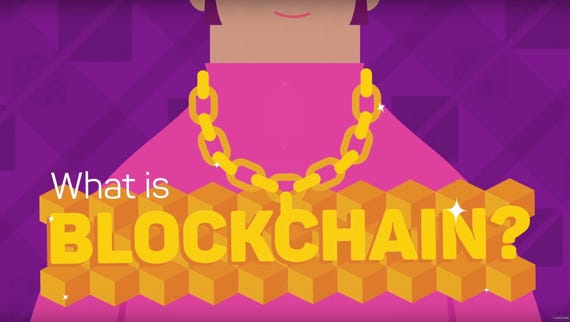 Blockchain explained: Here's how it works and why it might change how you buy anything
Watch Now

Elections are one of the key pillars of a democratic society, but the voting process is increasingly challenged by the burgeoning power of the internet.

There are security issues around electronic voting booths, which researchers have warned are vulnerable to hacking and cyber attacks. Such weaknesses could be used to undermine trust in an election were they to be exploited.

Special report: How blockchain will disrupt business (free PDF) This ebook, based on the latest ZDNet/TechRepublic special feature, looks at how blockchain is shaking up the economy and changing the way individuals and enterprises conduct business.

To bolster the security, accuracy and efficiency of elections, some suggest the implementation of blockchain technology.

Blockchain is a decentralised, distributed, electronic ledger used to record transactions in such a way that transactions made using it can't be subsequently altered without the agreement of all parties. Thousands of network nodes are needed to reach consensus on the order of ledger entries.

Most famously, blockchain is used for bitcoin transactions, but it's finding use cases in everything from storing medical records to authenticating physical transactions. Such is the level of interest in blockchain technology that governments are even examining its potential use cases.

Blockchain-enabled elections have already taken place: In March, Sierra Leone voted in its presidential elections and votes in the West Districts were registered on a blockchain ledger by Swiss-based firm Agora.

By storing the data in this way, election data was "third-party verifiable and protected against any possibility of tampering," the company said, with the results publicly available to view.

But while this represents a step towards blockchain-based elections, it wasn't a full implementation: blockchain was used to secure, rather than cast votes.

"In Sierra Leone, voters voted in the traditional way, then they used the blockchain system to record those votes in an online fashion. It wasn't a true experimentation using blockchain as the instrument itself," Rick Holgate, Research Director at Gartner told ZDNet.

Nonetheless, he said, there are advantages of using blockchain in this way -- although it isn't yet ready for anything outside small, controlled elections.

"The motivation for using blockchain in a voting environment is to make it easier for citizens, more reliable, more trusted, more distributed. There are some fundamental things about that idea which are engaging and inspiring," Holgate said.

However, various issues need to be overcome in order to conduct a fully blockchain-based election.

One of the key requirements for voting is that be anonymous, with outsiders unable to access information about how someone voted. But in order for citizens to cast a vote, they need to be eligible and there has to be some way of verifying that. Balancing these two requirements is a challenge.

"Once it's on the blockchain, you want person A to be able to see that's their vote, but you don't want anyone else to see what happened, because it doesn't help with making sure the election is fair," Catherine Hammon, digital revolution knowledge lawyer at Osborne Clarke, told ZDNet.

And while those advocating blockchain for voting say it adds to the integrity of elections, Hammon pointed out that it doesn't change anything if the voter is being intimidated.

"The cleverest blockchain structure in the world won't do anything about someone with a metaphorical gun to their head and being told how to vote," she said.

Neither is blockchain going to solve anything if the cybersecurity of voting terminals remains weak. Researchers have repeatedly found that voting terminals from various manufacturers are vulnerable to attack. If the unit itself isn't protected from interference, using blockchain technology becomes pointless -- even if the intentions are good.

"Blockchain is useful, because it's a distributed system, international observers and interested third parties can have a fully separate copy of that data, which they can work onto to attest that the data within the network is valid and hasn't been manipulated," Joe Pindar, Director of protect strategy at Gemalto told ZDNet.

"But that's only half the problem, because the other half of the problem is right at the end point: the machines themselves where you're actually voting, and the simple act of a person applying to and having the legal authority and the right to vote," he said, adding "Those are a whole class of challenges that blockchain has no play to solve."

Nonetheless, there are countries which are pushing along with an attempt to introduce blockchain voting -- one of them is Brazil, which wants to store election data using the Ethereum blockchain. It's a massive task, one which will need to collect and verify data about 145 million registered voters.

If citizens are expected to verify themselves, that once again creates potential issues for the democratic process as identities can be stolen or otherwise compromised.

"There's the aspect of can you authenticate voters when votes are being cast. Brazil has that challenge, expecting citizens to authenticate themselves online," said Gartner's Holgate.

"But if the citizen's information is subject to theft or compromise, where someone else could impersonate them online, you have a problem in trusting if the voter is who they say they are. There are a lot of unknowns".

Another of those unknowns is scaling a blockchain system up to cater for what could be hundreds of millions of votes being processed.

When Bitcoin reached a value of almost $20,000 in December, transactions became a lot slower due to the number of people attempting to buy and sell the cryptocurrency. If this happens with voting, it's going to cause problems -- because election results are needed within hours.

"It'd be incredibly difficult to scale. There's a statistic on bitcoin transactions that can only handle seven a second. If you do that in an election, it might be possible in a voting context if you've got thousands rather than millions," said Osborne Clarke's Hammon.

"But if you're talking about millions of votes -- take the Brexit referendum with 35 million votes cast: if you could only verify those at seven a second, it'd take fifty five days to get everything worked out. There's a question mark," she added.

One area where blockchain can improve elections is in transparency, not only because the ledgers can easily be viewed, but also because the startups providing the technology have an opportunity to publish open-source code showing how the system works -- and that it can be trusted.

"There are these small groups of people innovating with radically different things, but when it comes to what they've produced, it has a proof-point you can review and satisfy yourself, that yes, this is secure. That is one of the really strong benefits of startups in this space doing open-source work," said Gemalto's Pindar.

Like other new and emerging technologies, blockchain isn't going to provide a silver bullet for electronic voting, or counting paper ballots. But if issues around anonymity and verification are ironed out, it can certainly provide some benefits, such as completely locking down data and ensuring it can't be tampered with.

"Once the data about the voting is on the blockchain, it's locked down, it can't be changed, you can add up the count and see it's correct. That's really valuable," said Hammon. "It isn't a cure-all remedy for electric voting, but there are many ways in which it does help with some of the problems."

As shown by Sierra Leone and some other trials, this technology is being tested at a local level, but can we expect it at a national level any-time soon?

"Blockchain today is like 1993 in internet years, when it was a very much a green space without a lot of experience, and everyone was trying to play in that space. All that energy was great, but ten years on, a lot of the entrants were gone, eclipsed by late entrants who dominated the market," said Holgate.

"That's where blockchain is today. It's a lot of small, niche entrants and we haven't seen the dominant late entrants show up. Until they show up and dominate the market, it'll be a fragmented immature market. And it's still three to five years away before they arrive".

Given the slow speed with which government and the public sector tend to move when it comes to innovation, the feeling is that blockchain-based national elections are still a number of years away.

Such systems will need extensive trials and testing before they can be rolled out on a national scale, because a national election isn't something that can jeopardised by a technology failure.

"There's interest in it, but nobody wants to do it first. You can't get an election wrong and then later say it was a technical disaster, we have to do it again -- that's not an option." said Hammon.

Join Discussion for: Could blockchain be the missing link in electronic...