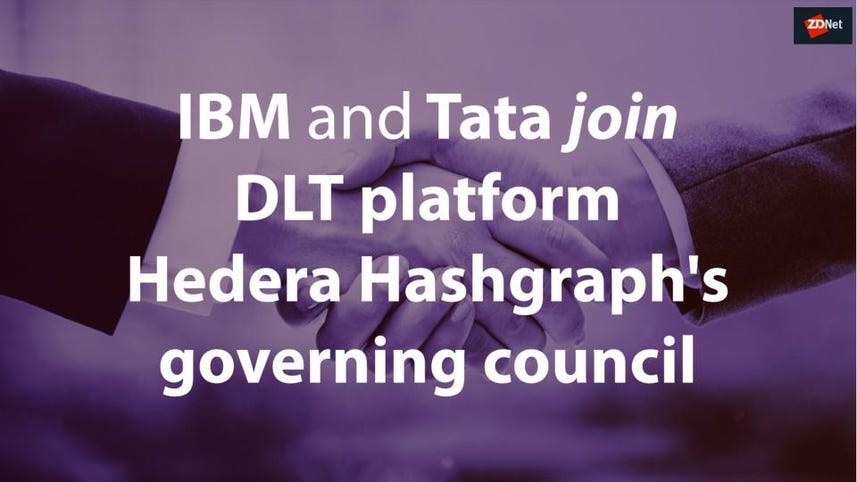 In joining the council, IBM VP of blockchain technologies Jerry Cuomo said Big Blue sees the potential for the Hedera platform to simplify the deployment of Hyperledger in the enterprise.

"Hyperledger has proven to be the de facto standard enterprises use to build, manage, and deploy blockchain-based ledgers. We believe Hedera could help provide an interesting way to enhance and simplify the deployment of Hyperledger Fabric in the enterprise, making it easier for groups to build and grow their networks," Cuomo said.

"We are excited to join the Hedera Governing Council and explore relationships between public networks and industry-specific networks."

Council members serve a maximum of two consecutive three-year terms and act as stewards of the platform.

"The addition of IBM and Tata Communications to the Hedera Governing Council is a powerful endorsement of the hashgraph consensus mechanism, and further decentralises the governance of Hedera Hashgraph," its CEO Mance Harmon said.

"Our governance model, which includes a robust system of checks and balances, ensures power can't be consolidated, while at the same time providing a stable and scalable platform on which developers can build."

Hedera expects the council to eventually comprise of up to 39 multinational entities from various industries.

Hashgraph claims to achieve high-throughput with 10,000-plus cryptocurrency transactions per second, and low-latency finality in seconds from its "innovative gossip about gossip protocol" and virtual voting.

Once consensus is reached, the data is added to the public ledger for everyone to see.

All members of the Hedera Governing Council have equal say in approving updates to the Hedera platform codebase and setting policies for the many nodes that will constitute Hedera's decentralised network.

Hedera's governance model, it says, protects users by eliminating the risk of forks, guaranteeing the integrity of the codebase, and committing to make the source code open for review.

"Innovations such as DLT, AI, and IoT change the way organisations and people interact with each other and with the world. These emerging technologies can be harnessed to strengthen our efforts to improve operational efficiencies and enable our customers' digital transformation worldwide," Tata Communications global head of corporate venturing and innovation Ankur Jindal said.

"We look forward to engaging with other forward-looking businesses on the Hedera Hashgraph Governing Council to help deliver the potential of DLT to the wider digital economy."

Software developers are keeping an open mind about blockchain

Stack Overflow survey of close to 90,000 developers finds positive attitude toward blockchain, cautious embrace of containers, and a deep love of open source.

Security
Programming languages: Python is slow, but it's about to get faster