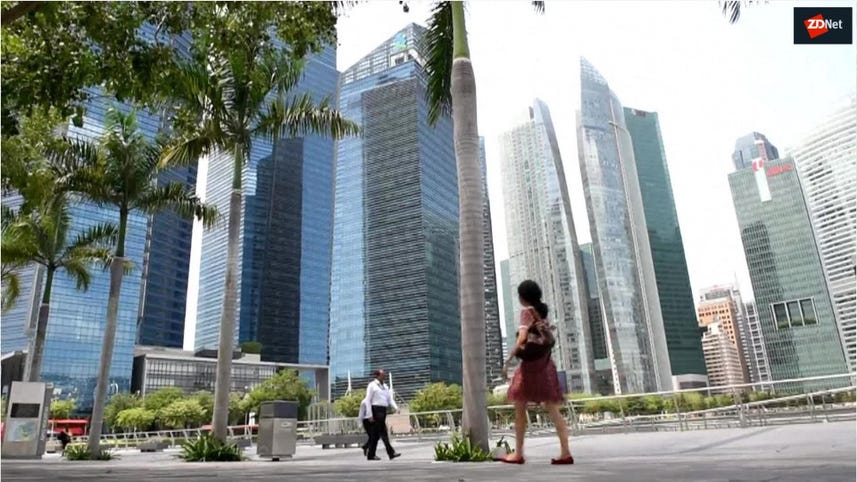 Despite its advantages as a well-connected society, Singapore still lags behind other cities in some areas and will need to catch up and be better prepared for future transformation.

Specifically, it had fallen behind in e-payment adoption compared to others such as China, where cash had become almost obsolete in major Chinese cities, said Singapore Prime Minister Lee Hsien Loong during his annual National Day Rally Speech on Sunday night.

Lee said: "We have a natural advantage. We are compact and highly connected. Our people are digital-literate and our schools are teaching students basic computing and robotics. But, while we have the right ingredients, we lag behind other cities in other areas."

He noted that six in 10 transactions in Singapore still involved cash and cheques. In comparison, China had surged ahead in e-payments, with a majority of its citizens using mobile apps such as WeChat Pay and AliPay.

While there were e-payment services in Singapore, he said usage was hindered because there were too many different schemes and systems that did not interoperate. Consumers were inconvenienced by having to carry multiple cards and businesses had to bear the cost of having to installing multiple readers.

As a result, most preferred to stick to cash and cheques, he added. Pointing to the need to simplify and integrate the various systems, Lee said the Monetary Authority of Singapore had been working on this initiative and recently rolled out a single, unified POS terminal.

In addition, a peer-to-peer funds transfer service was launched to enable users to pay and receive money using mobile numbers, regardless of the bank they used. Called PayNow, the service would not require senders to know the recipient's bank and account number to transfer funds. They would be able to do so using the recipient's mobile number or Singapore identification number.

Lee noted that the service would soon support QR codes.

Commenting on the prime minister's speech, Rahul Shinghal, PayPal's Southeast Asia general manager, said: "To remain economically viable, competitive and relevant on the world stage, Singapore must stay ahead of the curve in every aspect--and more so in technology innovations than anything else."

Fintech and digital payments played a significant role here as well as as part of the country's smart nation initiative, Shinghal said.

"The ability to conduct cross-border trades and transactions in the most cost-effective and painless way will be the differentiating factor in competitiveness," he said. "Digitisation of payments and processes will go a long way in improving systems and productivity... Innovations in these areas must be able to identify and address gaps and pain-points, not just innovate for the sake of innovation."

Every lamppost to be smart, paper parking coupons to be gone

Lee also laid out further plans to harness technology to enhance public security and safety as well as improve services.

He noted that many cities already had comprehensive CCTV and sensor networks, which had allowed law enforcement in Boston, for instance, to identify the suspects behind the April 2013 marathon bomb attacks within three days.

Singapore had begun building its own network of sensors, in particular, installing CCTV cameras at void decks of housing apartments and public areas, said Lee, who acknowledged that the country was caught "a little flat-footed" during the 2013 Little India riot. In the aftermath of the incident, he revealed that local law enforcement had to rely on video footage from the public because there was limited CCTV coverage in the affected area.

Since then, the country had built an integrated national sensor network, he said, adding that plans were underway to make every lamppost a smart lamppost, on which different types of sensors could be mounted.

The network would enable the government to pull and combine inputs from different data sources, including the smart lampposts, law enforcement, transport authority, hotels, and commercial buildings. The data then could be analysed and and alerts would be triggered if something appeared amiss, Lee said, noting that this could help pre-empt or detect incidents such as the Boston bomb attacks.

The government also would be launching a mobile app to allow motorists to pay for street parking without the need to use paper coupons. Called Parking.SG, the app would send an alert to motorists when their session was about to end and allow them to remotely pay and extend their parking session via the app.

Slated for launch in October, the app would finally eliminate the need for paper parking coupons that had been in use on Singapore streets for four decades, Lee said.

He noted that such initiatives were necessary to ensure that the country remained on par with global leaders. "The world is changing. Unless we change with it, we will fall behind," the prime minister said, adding that this meant the city-state also would have to attract and build the right skillsets and talent.

"Smart nation is about Singapore taking full advantage of IT. [It's about] using IT comprehensively to create new jobs and new business opportunities, [and] to make our economy more productive and lives more convenient," Lee said.

This, though, should not come at the expense of security, said Sanjay Aurora, Darktrace's Asia-Pacific managing director, who noted that unsecured sensor networks--encompassing Internet of Things devices such as smart lampposts--could provide additional entry points for cybercriminals.

Aurora also pointed to an increase in "smishing", or text message scams that could infect smartphones and enable hackers to steal personal information.