A new generation of streaming devices give cord-cutters a wider away of good choices than ever. Here are the best of the best.
Written by Steven Vaughan-Nichols, Senior Contributing Editor on Dec. 16, 2016 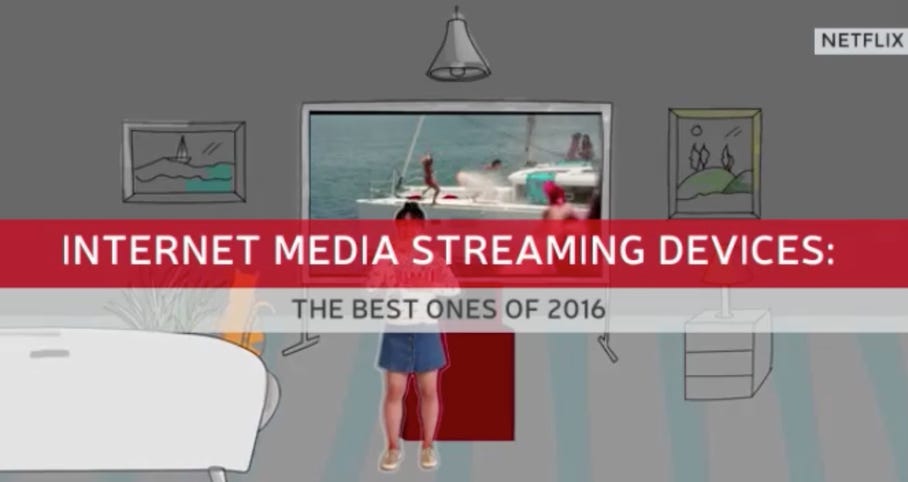 It wasn't easy then. The internet streaming devices were primitive, and my choices were few. Today, Netflix is more popular than conventional TV, more teenagers watch YouTube than the networks, and rival streaming services Amazon Video, Hulu, and Sling TV are growing by leaps and bounds. As for devices, we have an embarrassment of choices. Here are my picks for your viewing pleasure this holiday season.

First, these days almost all TVs are "smart TVs". Most come with a variety of built-in streaming services. So, if you're on a tight budget, you may want to just upgrade your TV and forget about adding another gadget.

All my TVs are smart, and I'm still adding devices. The reason I do this is simple. Smart TVs are still pretty dumb. Their user-interfaces -- even on the best-of-breed LG WebOS-powered OLEDB6P and 65UH9500 -- simply aren't that good.

In addition, they're not updated on a regular basis. For example, the new TCM and Criterion streaming service, FilmStruck, isn't supported on any smart TV. If you want to watch it, as I do, you'll need a streaming device.

That said, here's what to buy this year.

Roku Premiere+: This is the best of the best. Roku has long defined what a great media streamer should be, and it did it again with the new models. In the $99.99 Roku Premiere+, you get Roku's 3,500 plus streaming services, its simple-to-use interface, and its built-in cross-service searching.

In this new model, you also get 4K video and high dynamic range (HDR) color. You've heard about 4K, and it is neat, but HDR actually makes a bigger difference. It's not -- I repeat, not -- the same thing as camera HDR. On your HDR-compatible TV, it gives you superior contrast and color.

Of course, to get the most from this, you'll need 4K and HDR shows, and there aren't many of them. There will be soon, though, and you'll need a TV that supports both. With the right gear and the right show, it's eye-poppingly good. Try Netflix's Marco Polo series, and you'll see what I mean.

There is also a still more expensive Roku, the Roku Ultra. It comes with Dolby Digital Plus audio decode, voice search, and a lost remote finder. Those are all nice, but I don't think they're worth $30 more. The Ultra lists for $129.99.

Samsung UBD-K8500: What's that? You like streaming but you want to own your favorite movies? If that's you, you'll want this high-end 4K and HDR Blu-ray DVD player. With a $199.99 price tag, it's affordable.

Besides displaying some truly breath-taking video from the handful of 4K Blu-ray discs currently available, this Samsung does an excellent job of upscaling Blu-ray and even ordinary DVD discs playback.

As for streaming, it also does well with upscaling. It currently supports Netflix, Amazon, Hulu, and YouTube.

Apple TV: In the early days, Apple TV was the first truly easy-to-use media streamer. It's still easy to use, and if you're tied at the hip to iTunes, it's still worth getting. But, otherwise, I can't recommend this $149 to $199 streaming device.

I have one. It works well. But Roku is better. The only reason I still use it is I transcoded many movies with Handbrake to Apple TV's H.264 video format at the time. If you're an Apple user, and you want to go to the trouble of transcoding movies, the fourth-generation Apple TV is still well worth getting. If all you want to do is stream, there are better choices.

Chromecast Ultra: I've long been a Chromecast fan. There were a lot of great things you could do with a first-edition Chromecast. Today, there are even more.

For starters, it supports both 4K and HDR now. It also supports a wide variety of streaming channels: Netflix, YouTube, Hulu, Vudu, HBO Go, and Now, and a must in my household, MLB.TV.

As before, you can "cast" your computer and smartphone screens to your TV. This is one handy feature. You can also use it with Google's smart speaker: Google Home.

At $69, the Chromecast is no longer the impulse buy it was when it only cost $39. It's also true that you can't use it with services from rivals with their own devices: Amazon Video and Apple's iTunes. Still, I find the Chromecast to be a useful addition to my video device collection.

Amazon Fire TV: This is a good, solid streaming device. Like most of the others, it now supports 4K. It also can work with Amazon's smart speaker, Alexa. With some effort, you can get Alexa to work with the Logitech Harmony Hub so you can use voice-control with your entertainment center.

Where Amazon Fire TV really shows its best is, of course, with Amazon Video. Since you can get Video bundled with Amazon Prime, and the device itself only costs $89.99, I can see many people being very happy with the Fire.

All these devices have two things in common: they're not that cheap, and to really show their stuff, you need a top-of-the-line TV. If you're short on cash and your TV has seen better days, you can still get a good media streaming device for cheap.

If you have a TV with HDMI, your best purchase is a Roku Express for $29.99. It's not nearly as fast at the other members of its family, but it still delivers the 1080p HDTV goods at a price you can't beat.

Stuck with a TV without HDMI or any free ports? Roku once more comes to the rescue. This time what will save your budget and make your dumb TV smart is the Roku Express+. By supporting composite cables, it should work with all but the oldest TVs.

Before going out and buying, look for deals. I am absolutely certain that all these devices will be available at deep discounts on, before, and after Black Friday. Sometimes the deals may show up in strange places. 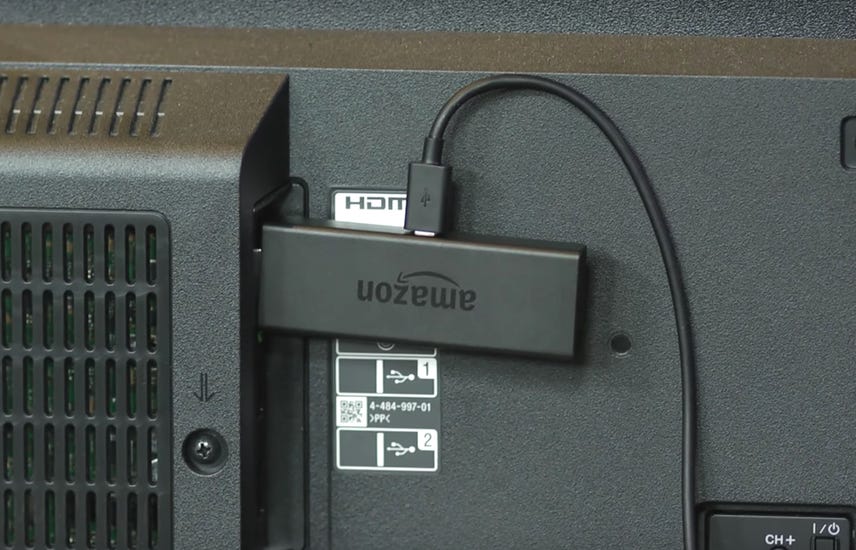