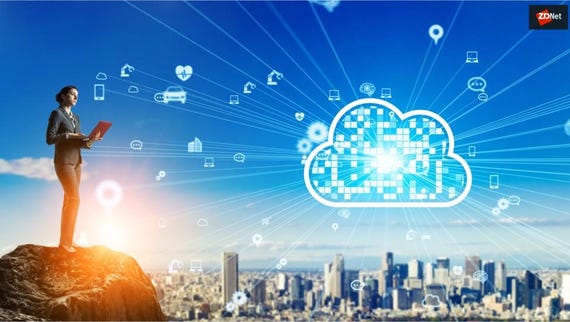 The guide to edge computing: Benefits and challenges
Watch Now

Google's solution for crossing the Congo River is to create a connection between Brazzaville and Kinshasa that relies on "free space" optics, which was also used to transmit data in its now shut down Loon project. It uses light to transmit data between two points, in this case, a 4.8km distance that would require a 400km land route for fiber due to the river. Connectivity is five times more expensive in Kinshasa because the fiber connection has so far to travel.

See also: Fiber vs. cable: What is the difference?

The wireless optical beams link up with ISPs or cell providers' file-optic networks, in this case, African provider Econet.

Taara's technical advances on wireless optical communication come from the Taara terminals' ability to search and find the other sensor's beam of light and then "lock-in" to create a high-bandwidth connection.

The technology is affected by things like fog, haze and disturbances from wildlife. Still, Taara's director of engineering, Baris Erkmen, reckons it is viable to deliver faster, lower-cost connectivity to the 17 million people living in these two cities.

So long as there is a clear line of sight, Taara can transmit data up to 20Gbps between two points up to 20km apart. They are intended to extend existing fiber networks.

"Taara's terminals search for each other, detect the other's beam of light, and lock-in like a handshake to create a high-bandwidth connection," Erkman explains.

Taara engineers have been refining its atmospheric sensing, mirror controls and motion-detection capabilities to help Taara terminals automatically respond to changes in the environment and maintain a robust connection.

"These techniques combined with better pointing and tracking capabilities have meant that when Taara's beam has been affected by haze, light rain, or birds (or a curious monkey), we've not seen any service interruptions," noted Erkmen.

While Loon shared some larger goals with Space X's Starlink satellite constellation, Alphabet's X wireless optical technology appears to be less ambitious but possibly still practical for large parts of the world, according to its map of viable locations below that are shaded in red.