Comcast's xFi Advanced Gateway highlights its hardware strategy and how it plays into its plans to be a smart home platform.
Written by Larry Dignan on Dec. 5, 2017 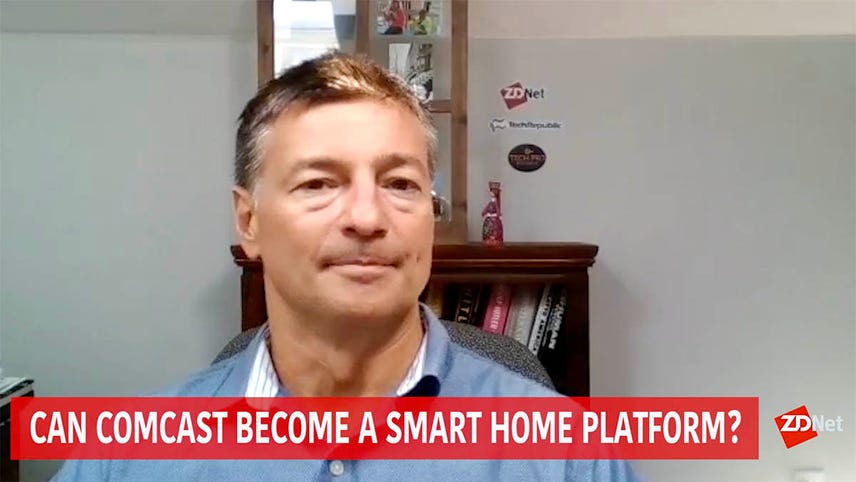 Video: Comcast -- Can it be the smart home platform?

Comcast has rolled out its xFi Advanced Gateway in a move that highlights how the cable, technology and media company is using hardware design to bolster its customer experience.

As previously reported, Comcast has been developing its own hardware, integrating agile software development, and looking to be a smart home and security platform.

The xFi Advanced Gateway is designed to support gigabit speeds over Wi-Fi. Comcast has tested Wi-Fi speeds faster than 1.5 Gbps.

"We had to be forward leaning about standards adoption," said Satchell. "The 8x8 antenna array is one example. When we started no one had more than 4x4. The growth in IoT standards was another area we had to be bleeding edge."

The xFi Advanced Gateway will be bundled with xFi and Comcast designed it with its Xfinity Design Language, which aims for a consistent look across the company's products and ability to blend into most homes.

According to Satchell, the plan is to bring the xFi Advanced Gateway to more homes, scale the product, and use it to be the center of the digital home. "Wi-Fi is the oxygen to the digital home. If you turned off my water it may take me 12 hours to know that. If it's Wi-Fi that's turned off I know in seconds," said Satchell.

Intel and Foxconn have demonstrated use cases for 5G-based edge computing facial-recognition technology across payments, smart retailing, and access to residential and business buildings.