Fifty years after sending the first internet message, scientist Leonard Kleinrock has gone back to the drawing board with a plan for how to save the internet from fake news and abusive social networks and everything else that ails it. Kleinrock spoke with ZDNet in an exclusive interview about his plans for a new blockchain based on personal reputation.
Written by Tiernan Ray, Contributing Writer on Oct. 30, 2019 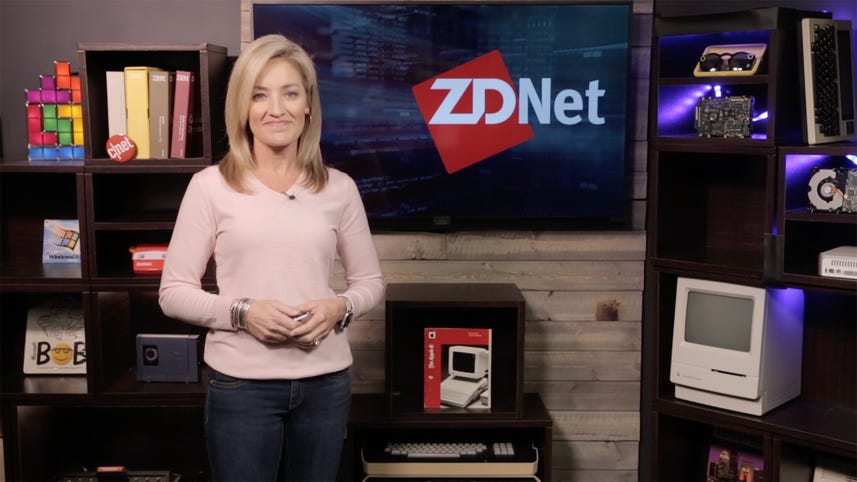 Fifty-eight years ago, Leonard Kleinrock proposed a novel way to examine the patterns of activity in large networks of communications, such as the telephone network. That mathematical and statistical analysis, his Ph.D. thesis for MIT, formed the basis of an approach to handling packets of data that would lead Kleinrock to form, along with fellow scientists, the internet, which went live this week in 1969.

Fifty years after that first internet message, Kleinrock is back with a new plan to perhaps save the internet from itself.

It's a kind of second coming of the internet.

"As you well know, the internet started out a democratic, free, shared, ethical, open network, and we have lost a lot of that," said Kleinrock in an interview with ZDNet. "My hope is that this technology will help move us back in that direction."

Kleinrock spoke by phone with ZDNet from Los Angeles, where he was attending the unveiling of a new research facility at UCLA, where Kleinrock teaches, and where he sent that first internet message 50 years ago. The "Connection Lab," as it's called, will examine connectivity in all forms, he said, from traditional computer networking to IoT to embedded forms of computing that Kleinrock many years ago hypothesized would become the "invisible internet."

Despite being a futurist, at the moment his thoughts are very much bound up with and troubled by, how the internet has departed from its idealistic early profile. The global computer network has come to be dominated not only by bad actors, those who spread "fake news," or who harass on social media but also by organizations like Facebook that have little incentive to be up-front in how they treat individuals.

"Some internet giants don't honor your individual privacy concerns," he said. "When is the last time Facebook or Amazon asked what privacy policy you wanted applied to you individually -- just you, not you and everyone in the world?"

Instead, said Kleinrock, Facebook and other companies "present you with this 50-page legal document you can say yes or no to."

To Kleinrock, this is the unfinished business of building the internet. Asked if he foresaw the dark potential of the internet when he was first working on queuing theory in the early 1960s, he replied, "No way, no way, I wasn't thinking this way at all."

Kleinrock on Tuesday wrote an opinion piece in the LA Times outlining his concerns. "How did it go so wrong?" he asks of the system he helped create. But the details of his work, two years in the making, are only being revealed today by ZDNet.

Kleinrock has joined with a group of investors and technologists to form a company called Sunday Group. The company's project is called "Mobby," a system for allowing people to establish their reputation on the internet in a decentralized fashion. It is a bit like what would happen if Yelp reviews or Amazon product ratings existed outside those sites, as the property of no one but rather as a system that authentically validated individuals according to how they behave. A copy of the white paper, and plenty of information about Sunday Group and Mobby, can be found on the Mobby.ai Web site.

In broad terms, the hope is to create a new virtual currency backed by a new blockchain system that will verify people's reputation, as a way to reward good behavior and combat bad behavior -- a kind of internet-wide infrastructure of good and bad repute. "The quality of the people who are speaking on the Net, blogging or tweeting or whatever, has in some sense a reputation associated with it," observed Kleinrock. "I hope this will be a way to separate the crazies from the more thoughtful people."

At the heart of what Kleinrock is building, the technology to which he refers is a blockchain that is based on what's known as "proof of reputation." In an initial white paper made public Wednesday, Kleinrock lays out the theory and some initial mathematical descriptions for the Mobby blockchain.

In brief, a "randomness beacon" injected into the system would regularly pick members of the internet community in a lottery to form temporary committees, with such committees being created and dissolved constantly. Membership would be based on the acquired reputation of the committee members, but not entirely: The math of the lottery also allows for those with less standing to be picked, to assure committees are not dominated by only those with the highest reputation.

The committee members validate transactions of the blockchain. It's an alternative to the traditional "proof of work," or "PoW," of the Bitcoin blockchain, which requires fairly extensive calculations to be computed, which in turn slows processing of Bitcoin transactions.

By using Kleinrock's proof of reputation instead of PoW, transactions on the Mobby blockchain, he expects, will be nearly instantaneous, making the system more appropriate as a system of transactions than is Bitcoin or other systems such as Ether.

"My view is that it's a multidimensional reputation system," says Kleinrock, one in which all the things a user does, whether being a seller of stuff on eBay or a musician, are merged into a weighted network of a person's collective reputation, which increases or decreases over time based on behavior.

"It's somewhat the way PageRank worked with Google," he said, referring to the algorithm the search giant used to transform ranking of Web sites.  "Ratings can affect your rep among your group, and for some things you do, such as curating music playlists, you may get rewarded with virtual currency," he muses.

Many details of Mobby have yet to be decided by Sunday Group. A distribution of $210 million worth of Mobby currency is being organized by the company to fund its efforts, and the expectation is that Mobby currency will start trading on an exchange by January of 2020.

Jump-starting such a system is the obvious chicken and egg problem, and some of that Kleinrock is leaving to his colleagues at Sunday Group to figure out.

But Kleinrock is aware of the very profound philosophical issues that no infrastructure can solve by itself.

"It's the bubble phenomenon, and fake news, and all of that, and just how you reconcile that is not clear in my mind," said Kleinrock. "You have to get outside your bubble, and see how other people evaluate it," he said.

"Look at China, with their social order system," he said. "Any reputation system can potentially be far less than democratic, and dangerously so, if it's a closed system that uses this notion of reputation, and I don't have an answer to that."