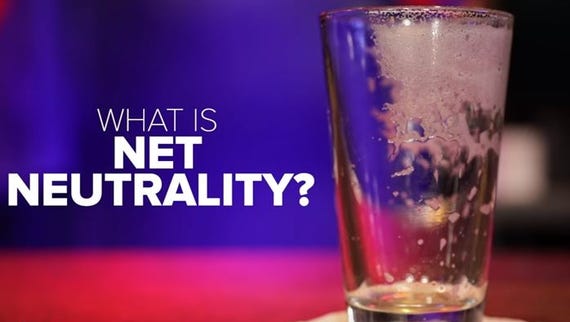 Federal Communications Commission (FCC) Chairman Ajit Pai said he plans to leave the commission on Jan. 20, 2021. This opens the door to President-elect Joe Biden to select a new head of the telecommunications regulator. While best known for wrecking network neutrality, in his resignation letter Pai largely ignored that issue. His only comment relating to it was "this FCC has not shied away from making tough choices. As a result, our nation's communications networks are now faster, stronger, and more widely deployed than ever before."

Few would agree with his rosy view. While according to the FCC's 2020 Broadband Deployment Report, only 22.3%, 21.3 million rural Americans, don't have access to internet download speeds of at least 25 Mbps, which is the recommended speed for working from home and online schooling, the real numbers are much worse. BroadbandNow Research using the FCC's own data found almost twice that number, 42 million, don't have broadband access.

This, in turn, as the coronavirus pandemic has made working from home the new normal, has made rural areas even more unattractive. In a recent SatelliteInternet survey, 36% of respondents said poor internet access is preventing them from moving to rural areas, while 67% said the internet availability in an area would affect their decision to move somewhere rural.

As for net neutrality, as predicted, ISP costs to users have gone up while performance remains stagnant. The New America centrist think tank found in its 2020 Cost of Connectivity survey, which was completed before the work from home movement picked up speed, that prices have continued to spiral upward.

The group also found that cost remains one of the biggest barriers to internet adoption. Cable.co.uk reported that US users pay $50 per month on average for the internet. And, thanks to a "lack of competition in the marketplace… Americans pay far more than they should compared to much of the rest of the world."  I'm sure you're surprised.

New America also noted, the lack of choice between ISPs -- not just between urban and rural communities, but also between households that can afford a home internet connection and those that cannot -- are turning us into a country of internet haves and have nots.

Jonathan Schwantes', privacy and technology policy director for Consumers Union, the advocacy division of Consumer Reports, prediction has come true: "Internet providers are now free to move forward on the anti-competitive practices they were flirting with before these rules were passed, including throttling content and paid-prioritization schemes that place smaller businesses at a disadvantage and ultimately cost consumers more."

For example, data-cap programs for fixed ISPs are now becoming commonplace. Comcast, for example, will now put a 1.2TB monthly data cap on all its customers in early 2021. That may sound like a lot, but when everyone's working, studying, and playing at home, it's not that much.

Comcast isn't the only one. AT&T's millions of DSL subscribers also now must deal with monthly data caps. AT&T intends to kill off its legacy DSL business. This will leave millions of rural users with no broadband at all. Good job, Pai!

Charter/Spectrum, while denying that they'll ask for data caps, has asked the FCC to enable them to place caps starting in May 2021. Currently, Charter as part of its acquisition of Time Warner Cable, isn't allowed to place data caps.

Also as Schwantes predicted, major ISPs are using zero-rating to make their own media streaming services look good, while slowing down the competition. In zero-rating, an ISP lets you stream its streaming service for free while restricting alternatives.

For example, AT&T gives its customers' zero-rating on A&T TV Now, while if you wanted to watch Sling TV instead, your usage would count against your data cap. Evidence strongly suggests major ISPs, such as AT&T, Verizon, Sprint, and T-Mobile are slowing down traffic from popular video streaming services such as Netflix, YouTube, and Amazon Prime.

It's not just net neutrality where Pai has done the country wrong. Under defeated President Donald Trump, Pai has also sought to turn the FCC into what the Electronic Frontier Foundation (EFF) calls the free speech police. Trump's most recent would-be FCC appointment, Nathan Simington, is one of the legal architects behind his recent executive order seeking to strike down Section 230, the most important law protecting online free speech.

Before Pai leaves, he'll have one final issue to address. The FCC at its December 10th meeting will consider a "rip-and-replace" order. If passed, this would require all telecoms to remove Huawei and ZTE equipment from their networks on the grounds their hardware represents national security threats.

Who will Biden appoint in his place? Sources close to Biden's transition team say, Mignon Clyburn, a former FCC member under Obama, and Jessica Rosenworcel, a present member, are under consideration for the FCC Chairperson's spot. Both are strong net neutrality supporters.

Under Biden and a new FCC chair, net neutrality will return and both consumer and business users will get better, more fairly priced, and more broadly distributed internet. In these days when we need fast internet from the smallest home to the largest business, net neutrality is more important than ever.