More than 120,000 of Dutch telco UPC's customers have signed up to share their wi-fi with fellow users.

UPC's wi-fi sharing service has been rolled out in two of the largest provinces in the Netherlands, Friesland and Flevoland, and will be extended to the rest of the country over the course of this year, UPC said this week. 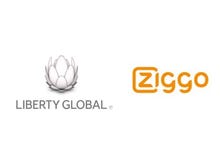 Liberty Global to acquire Dutch cable company Ziggo for €10bn Another sizeable acquisition is underway in Europe, with Liberty Global heading towards 90 percent market share in the Netherlands.

The system, much like the internet-sharing service FON (which has an exclusive deal with KPN in the Netherlands) works by converting UPC customers' private wi-fi modems into public hotspots.

In addition to their own private network, users broadcast a public wi-fi network that can be used by any other UPC customer signed up to the programme.

The idea behind the service is that users can effectively borrow other customers' wi-fi when out and about, saving themselves mobile data fees, in return for repaying the favour at home.

According to the company, UPC customers only have to log into the service once with their mobile device and they're then automatically connected to all UPC wi-fi hotspots in future.

The public and private wi-fi networks are kept separate from each other, and users don't have to share their wi-fi passwords with others.

The service does have one limitation, though: one modem can only support five simultaneous logins.

However, according to UPC, that doesn't pose much of a problem since, in reality, several houses in any location will have a UPC modem broadcasting a public signal.

UPC introduced the free wi-fi sharing feature for its broadband customers in late 2013.

As of April this year, UPC plans to extend the service to 500,000 locations, a number that will greatly increase when UPC and Ziggo connect their networks later this year (a move that had been planned even before UPC's parent company announced plans to acquire Ziggo , according to Hans Blom, director of sales and marketing at UPC).

UPC remotely enables the wi-fi feature on the wireless modems. However, customers can opt-out of the system by choosing not to broadcast a public wireless network, but won't be able to use other UPC customers' hotspots in return.