How to check up and fix your internet connection

Having trouble with your internet? Here's how to find out what's happening with your network connection.
Written by Steven Vaughan-Nichols, Senior Contributing Editor on Aug. 2, 2017 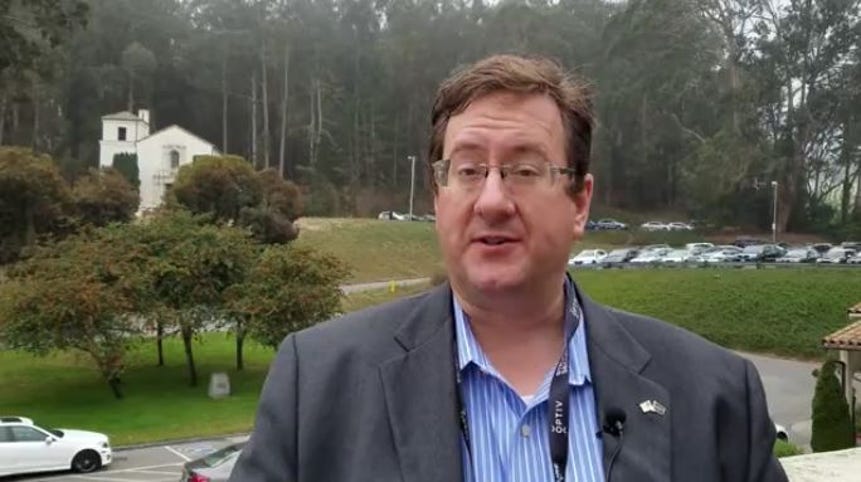 Everyone has internet connection troubles some days. I've been a network administrator and have used the internet since the 1970s and I still have connection problems!

Here are a few simple tips on curing these headaches.

Of all these, perhaps the most common is cabling. It may seem dumb, but I can't begin to count the number of times a major network problem just turned out to be an unplugged network cord.

This is true even if you're not using Cat-5 cable to hook up your network. For example, if your Wi-Fi Access Point (AP), cable, or DSL modem are unplugged you're not going to connect with anything.

My all-time favorite failure of this sort was when a friend called with a dead network connection. It turned out he'd unplugged his AP while vacuuming and had forgotten to plug it back in. You should always look for simple answers first.

For instance, if your Wi-Fi connection isn't working, check that your PC is trying to connect to the right AP. If your device is attempting to hook up to your old, retired AP, you're not going to get anywhere.

Also remember that if you change your AP's user-authentication password, you'll need to change it on all your devices as well. I've seen people getting ticked off for hours before they recall they hadn't used a particular laptop in a couple of weeks and in the meantime they'd changed their password.

So, what if everything is powered up and hooked together but you're still not able to get to the internet? Well, check all the basics again. The odds are you've still forgotten something simple. Lord knows it's happened to me over the years!

If you rely entirely on Wi-Fi for your local network, make sure your APs are working. One of the best tools for this is Jiri Techet's Android app Network Analyzer Pro. While it's for network experts, it's easy to use and you can quickly see if your Wi-Fi AP is working. You should also check out these stories: How to put an end to Wi-Fi frustrations and Five ways to improve your Wi-Fi performance. There are many ways Wi-Fi can go haywire and we cover most of them in those two articles.

So what if everything looks right but you still can't get to the net? Check to see if you can connect to your AP using an Ethernet cable connection. Most APs come with a web-based administration panel. If you can get to this, it's time to stop fiddling with your LAN and check your internet connection.

The first thing you should try with your internet connection is the same thing your ISP will tell you if you call them. Unplug your cable or DSL modem, whatever, wait for minute, and then plug it back in. Give it another minute and then see if your internet is back on.

No? Then, do the same exact thing with your router. Still nothing?

Then, grit your teeth and call your ISP. This is usually a pointless exercise, but every now and again you can get useful information. Maybe it's not just you but your whole neighborhood that's having problems because a back-hoe took out a cable. And, once in a blue moon, they'll have a helpful suggestion. No, really! I've seen it happen!

If worst comes to the worst, they'll finally agree to send someone out to look at your setup. Who knows, instead of one of your cables being disconnected, maybe one of their cables is busted. Physical problems are often the root to network problems.

That was the good news. The bad news is I've never known an ISP technician to show up on time. Be ready for a long, long wait. Eventually, if the problem is on their end -- and the key word is eventually -- they'll get it fixed.

Let's say though that your internet is up and running, but it's being a little flaky. Here's what you do.

First, let's see if you're getting the bandwidth you're paying for. The best site to check on your current real speed is Speedtest. This site is run by Ookla, a network performance company. It gives you your download speed, upload speed, and ping to the closest test.

Ping is a network utility that measures the time in milliseconds (ms) between your computer and the test server. The lower your ping, the better. If you're seeing a ping above 50ms, you've got a problem.

There are other performance test sites. One of the newest, Google Internet Speed, comes from a partnership between Google and Measurement Lab (M-Lab). In addition to speed, this test measures your network latency. Latency is a measure of how quickly you get a response from the server. Low response times are important for real-time apps, like video calls and online gaming. This is measured in ms. Latency is similar to ping, but it's a measure of the constant delays between your system and servers.

With some kinds of internet connections, notably dial-up and satellite, you will always see poor ping and latency performance. There's nothing you can do about this. These technologies simply aren't capable of performing well. In practical terms, that means, for example, online action gaming and video-conferencing are almost impossible with either kind of internet connection.

Netflix, which has reason to believe ISPs deliberately slow down its shows, has its own speed test: Fast. All this test does is tell you how fast your downloads are.

ISPs also have their own performance tests. Generally speaking, these tests will show you getting the fastest possible speeds. What a surprise!

You may notice that my results are from 60 to 70 Megabits per second (Mbps) down. That's pretty good, but I pay for 100Mbps. In the real world, ISPs usually over-promise and under-deliver on bandwidth.

Sometimes, however, I get 120 to 130Mbps. Is that because I'm some kind of network genius? Nope.

It's because cable internet's bandwidth is shared between users on the same cable segment. Thus, while I can see great speeds in the morning and afternoon, when the evening comes around and everyone starts watching Netflix, my speed goes down. That's not a joke. Netflix currently uses 35.2 percent of all fixed internet traffic in North America, and most of that is in prime time.

Even with a low ping and fast bandwidth. your connection may still not be that good. That's because ping, latency, and bandwidth only tell part of the story. You may be losing packets or suffering from jitter.

Jitter, or more precisely packet delay variation, is a measurement of the times it takes for internet packets to arrive to your system. So, for example, if you ping a site once and it takes 1ms to report back in and then the next ping packet takes 10ms to report in, you have a horrible case of jitter. Sometimes jitter is so bad that packets are lost.

This is just what it sounds like. Your PC is sending out packets of information to websites and they're not getting there, or vice-versa. Many things can cause jitter: interference, overburdened network hardware, or a bad connection.

What this means for you is the more jitter you have, the less stable your connection is. With older programs like email and ordinary web browsers you may never notice your internet is less than rock stable, but with high jitter, video, VoIP, and games will once more start misbehaving.

You can check to see if you're having jitter by using the DSLReport Jitter test. This measures jitter by pinging sites from around the world from your system. If you're seeing a lot of jitter your internet connection is most likely suffering from network congestion somewhere up the line.

The internet being what it is, you'll usually see a little packet loss. Ideally, you want zero packet loss, but for ordinary internet usage you can live with 1 or 2 percent loss. If you're seeing jitter constantly, bug your ISP.

If the packet loss or jitter seems to be coming from inside your network, there are other options. Start with checking your connections yet again -- yes again. Update your router firmware and try switching out equipment on your network to see if you have noisy networking gear. Misbehaving network equipment can seriously slow down any LAN.

Still having trouble? It's time to call in a network technician to find and fix your problem. Anyone with a Network+ certification can help. If you know your way around a network, you can find the trouble yourself with the use of advanced tools such as WireShark, Logic Monitor, or Spiceworks Network Monitor.

Good luck with getting your connection working right. It's often not easy, but almost any network problem can be fixed with enough effort and expertise.