IoT explosion: So many things, so little time to protect ourselves

The recent pace of smartphone proliferation will feel like molasses in January compared to the impending Internet of Things storm that's bearing down on your work and life. Hang on tight, folks.
Written by David Gewirtz, Senior Contributing Editor on Oct. 17, 2016

Historically, the Internet has connected general-purpose computing devices together, often with a user involved interacting with a glass screen. Many servers, too, exist to directly interact with human users.

The Internet of Things (IoT) is different. The term "Internet of Things" is used to describe the process of controlling or reading telemetry from physical (often non-computing) devices via a network, usually the internet.

In this context, sensors are deployed to provide a wide range of telemetric data streams back to command and control centers and for storage in large databases. Actuators operate on commands issued by control systems to cause physical and mechanical devices to perform specific actions.

It's important to understand that the quantity of "things" in the Internet of Things world will eclipse all other product volumes in the digital technology industry, including smartphones. As an example, take an IoT-enabled home.

IoT in the consumer market

For a family of four, there might be as many as four smartphones. By contrast, one home can reasonably be expected to contain twenty or more internet-enabled light bulbs, an internet-connected thermostat, small sensor devices attached to items in the fridge, health items (like smart scales and blood pressure cuffs), appliance monitors, and any number of cameras and alarm sensors.

In this one example, it is reasonable to expect that there is an order of magnitude more IoT devices compared to traditional computing devices and even hot-selling smartphones.

In a healthcare, industrial, or office environment, IoT devices will abound. Growth in network-connected and controlled devices like 3D printers, thermostats, and light bulbs will be impressive, but that will be nothing like the growth in sensing devices.

The number of internet-enabled sensing devices, like driving behavior and telemetry sensors in cars, rotational, stress, and temperature sensors in machinery, sensors deployed by utilities like energy producers and water districts to monitor flow and utilization, and an array of health-monitoring devices deployed both at healthcare providers and delivered to patients will far exceed every other category of connected device.

Sensors have existed for years, of course. The big change is that telemetry and actions can occur across the internet and have use beyond the physical device. A good example of this is the automobile. In pre-IoT models, vehicle on-board sensors would talk to a "car computer" that might, for example, regulate fuel flow for optimal gas mileage.

Today, sensors represent 31.8 percent of the total spending on IoT, says IDC. Telefónica, one of the world's largest telephone and mobile network providers, estimates that, whereas only 2 percent of mobile vehicles were connected online in 2012, a full 90 percent of vehicles will be online by 2020.

In IoT-enabled cars, sensor data and fuel flow data will be transmitted back to a central database. That data might then be sold to other vendors seeking vehicle analytics, or used by the car makers to determine, across their entire installed base, performance characteristics of their products in active use.

Gartner reports that 5.5 million new IoT things will be connected every day. According to analysts, the number of connected objects has grown by 30 percent since 2015, to where we now have 6.4 billion connected things in use worldwide this year, 2016. That number will more than triple, to 20.8 billion connected IoT devices by 2020.

Understanding the impact of IoT

IoT, big data, analytics, and mobile are inextricably linked and contribute to hyper-growth of Internet-enabled and connected physical devices. The following table shows how each has contributed to the market dynamic we're currently seeing:

When evaluating the impact of IoT, be sure to factor in the unknown of possibility. The practice of Internet-enabling physical objects is only in its infancy.

Each of the above factors, taken alone, is a hotbed of innovation and adoption. Combined, the potential for exploration and advancement is virtually limitless. In fact, IDC expects spending on IoT to reach $1.7 trillion by 2020, rising from $655.8 billion back in 2014.

There is little doubt that the Internet of Things will grow to almost unimaginable scale. But there are concerns. For example, we've been covering the security challenge that's emerged along with the popularity of IoT.

Stay tuned over the next few years as this market explodes. As penetration of new and innovative devices reach into every aspect of our work and personal lives, we'll find new conveniences but also new challenges. Hopefully, we can grow along with our devices. It will certainly be an interesting ride. 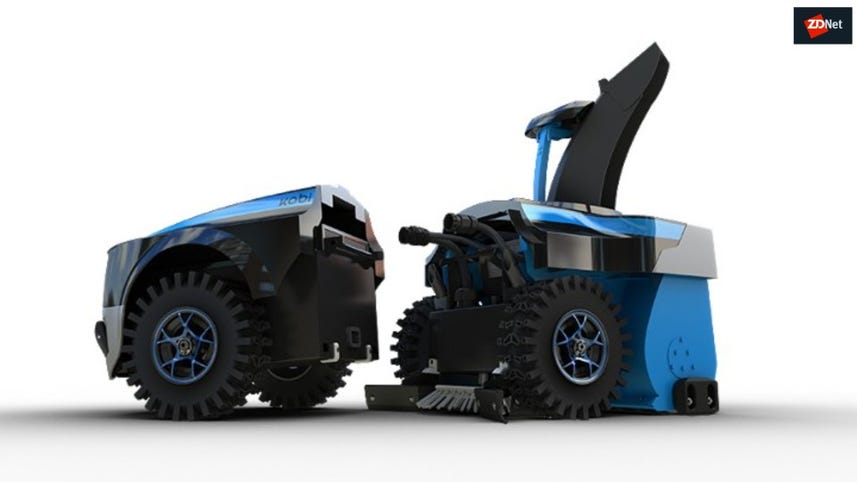