Like the sound of 10-gigabit internet everywhere? Then move to Estonia

Nokia and Starman are working away on building Europe's first nationwide 10-gigabit residential network, which will cover Estonia.
Written by Kalev Aasmae on Jan. 4, 2017 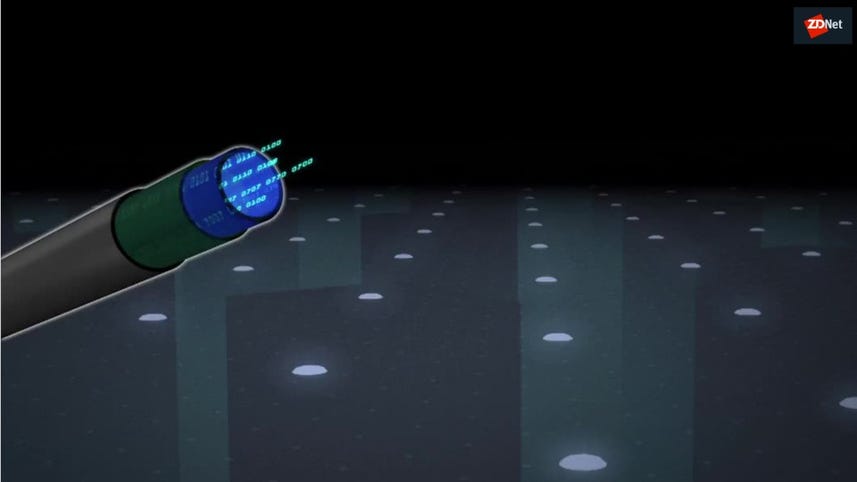 Just a few weeks before the 10G EPON deal was made public, Starman, which was bought by Finnish telco Elisa for €151m ($157m) in mid-December, said it is taking 10-gigabit network tests from the lab into the field.

Starman CTO Jaanus Erlemann says in the current situation the company is definitely not in a hurry, because the goal is to work out the best and most reliable solution for the long term.

"Our current DOCSIS3.0 network is of very high quality and we're able to provide a 500Mbps downstream service all across our footprint. This gives us ample room for conducting thorough tests on the new EPON technology without having to rush," Erlemann tells ZDNet.

A field trial of 5G network technology by Huawei and NTT DoCoMo has seen them reach speeds of 11.29Gbps over the 4.5GHz spectrum band in Yokohama, Japan.

He hopes that the higher network speeds available to customers in the near future could also encourage content providers to improve their production technology and broadcasting capabilities to provide full HD or even next-level content.

Experience from the US, where the city of Chattanooga, Tennessee, introduced the world's first 10-gigabit internet service across a large community-wide territory, suggests that the high-speed technology can create new jobs and millions in economic and social benefits.

Erlemann stresses that the mere launch of new technology is not a goal in itself. What really matters is the eventual quality of service and giving customers added value.

"Of course we do have internal deadlines and plans but we'd like to officially announce any specific future plans at a time when we've conducted all the necessary tests of the technology and procedures and we're ready for a wider rollout," he says.

Erlemann acknowledges that being the first on the field might require more resources because Starman won't be able to learn from other companies' mistakes. But it is ready to take that risk.

The firm values the opportunity to develop new technology with Nokia to keep the company at the edge of the innovation.

"Obviously Nokia is having contacts with various European cable operators. But I'm glad the cooperation between Nokia and Starman is the very first cooperation made public in Europe. During the tests our teams are jointly going through various business and technical use cases, looking for the best solutions and practices for the future network," he says.

Constantly creating software for the various system components takes time and resources from both partners, but Erlemann believes it gives Starman specialists valuable experience for future network development and maintenance.

"From our cooperation of the past half year I can say with confidence that this is truly the best way to learn and develop competences," he says.

Nokia was chosen as a partner, because after analyzing different options Starman decided to move on with the Turbo EPON option instead of GPON, which is strongly represented in the portfolios of other technology producers such as Huawei and ZTE.

"If I had to name a few reasons why EPON technology developed by Nokia was chosen, it's the availability of DPoE [DOCSIS provisioning over Ethernet], a cost-efficient upgrade to 10G EPON, and, as a very important factor, Nokia's commitment to support Starman throughout the project in competence development," he says.

"It's not Starman implementing EPON in Estonia but it's Starman and Nokia jointly building next-generation access network in Estonia."

Starman has set a goal of bringing the 10-gigabit network to at least 50,000 customers in Estonia in five years. Because the new network is very reliable and its maintenance relatively cheap, the company is planning to create a model for cooperation with the public sector, so it can also be expanded to remote rural areas.

At speeds of up to 10Gbps, the fibre broadband service will be the fastest currently available to households in Singapore and priced at S$189 a month.

"Expansion of a high-capacity network outside the cities or densely-populated areas is actually not so much related to the choice of any particular technology or vendor. It's first and foremost a commercial question," he says.

"For network development in scarcely-populated regions, one needs to find the best model for both end user and service provider to cover the investment. In short, a viable business model, in cooperation with the private and public sector, should be found for connecting customers on the last mile."

The company's calculations show that investments in fiber-optic network conversion in brownfield sites will pay off in about four years, not taking into account related one-off investments and reduction in the cost of operations.

The good news for customers is they shouldn't expect a significant rise in the prices of services from the introduction of 10-gigabit internet.

Read more about technology in Estonia