In mid-next year, NBN will offer a best-effort fixed wireless service that it claims will offer 60/20Mbps in non-busy periods.
Written by Chris Duckett on Dec. 17, 2018 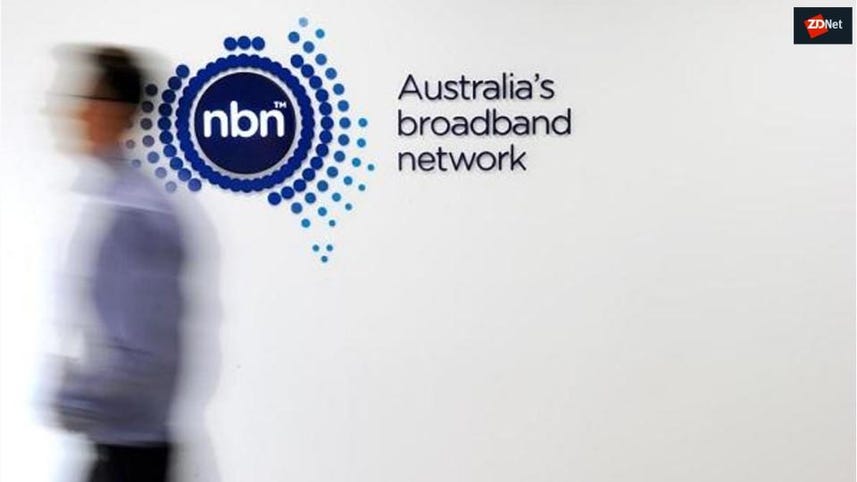 The company responsible for rolling out the National Broadband Network (NBN) across Australia will shake up its fixed wireless plans in mid-2019.

NBN will drop its top-tier 25-50/5-20 Mbps plan by the end of 2019, and replace it with a best-effort plan called Fixed Wireless Plus. The new plan will initially be capable of 60Mbps download and 20Mbps upload speeds, NBN said, and will cost the same for retailers as part of NBN's AU$45 a month fixed line 50 bundle.

After spectrum is reallocated in 2020 to conform to an ACMA edict on interference management, NBN said the plan will have the potential to deliver 75/10Mbps speeds.

"The new wholesale Fixed Wireless Plus product is designed to reflect user demand with our insights showing people connected to the Fixed Wireless network are using their service with a ratio of 10:1 downloads compared to uploads," NBN chief customer officer Brad Whitcomb said.

"We acknowledge there are some users are currently experiencing slower speeds than anticipated in the busy hour on the Fixed Wireless network and want to reassure people that we are working hard alongside the industry to improve network capacity.

"With more than 3,000 Fixed Wireless cells upgraded this year, NBN Co's monthly progress report shows our network capacity program has been successful in reducing the number of cells which fall beneath our busy hour threshold, however, we do expect some fluctuation over the next few months as we scale up our efforts."

The company said it will be keeping its current 12-25/1-5Mbps fixed wireless tier.

NBN has been toying with fixed wireless plans for some time.

In August, then-incoming NBN CEO Stephen Rue detailed a new wholesale fixed wireless pricing -- AU$45 for existing customers and AU$65 for new customers on the 50/20Mbps speed tier -- during a joint standing committee hearing; however, after backlash the company retreated.

A year earlier, NBN had flagged creating a 100/40Mbps fixed wireless tier, but it too was unceremoniously dumped.

Former NBN CEO Bill Morrow told Senate Estimates in May there was no economic case for it.

"We killed it," Morrow said.

According to the CEO, while expanding capacity on fixed lines is a linear cost, the cost is exponential on fixed-wireless.

"A certain point in time starts to double, starts to quadruple," he said.

"The idea of adding a 100Mbps service actually means driving even more capacity requirement into the network, and the economics again ... this is a cost-leading effort.

"It starts to actually break apart to where it doesn't make any sense."

Under questioning of how much it will cost to offer a stable 100Mbps service, without putting a dollar figure on it beyond being in the billions, Morrow said the cost would be outrageous.

"You would be blown away at the cost, it just would never happen," Morrow said.

"It's cost-prohibitive ... you would not use that technology for that."

In October, NBN revealed that more than 1,500 fixed-wireless cells had at least one service downloading more than 1TB of data during the month of May.

Despite this, NBN also said it had forecast to have less than 1.4 percent of fixed-wireless users on the dumped 100/40Mbps speed tier by 2022.

The company has also revealed that it has purchased 27,600 kilometres of copper cable.

Around 17,500 Sky Muster satellite users have no 3G coverage, and that's before obstructions that could also limit mobile coverage are taking into account.

FibreCo Qld will use under-utilised backhaul on its existing state-owned fibre network to connect to the NBN in regional areas of Queensland.

NBN has introduced a series of wholesale discount bundles for its business services.

The ACCC is seeking feedback on NBN's long-term rebate framework.

Deals
How to remove bloatware from Windows 10