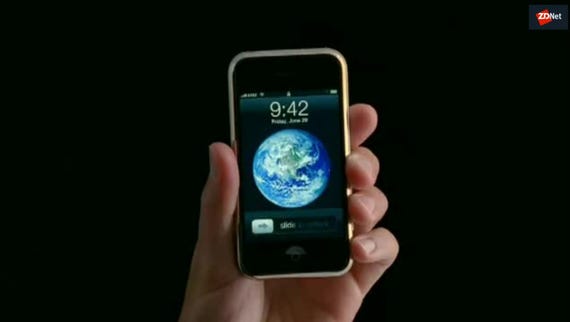 In George Orwell's 1984, Newspeak is a language where some concepts simply can't be expressed. For example, the Declaration of Independence would be translated as a single word: Crimethink. Today, the Federal Communications Commission (FCC) passed by a two-to-one vote the First Step Toward Restoring Internet Freedom document.

The FCC claims this reverses "the FCC's 2015 decision to impose heavy-handed Title II utility-style government regulation on internet service providers (ISPs) and return to the longstanding, successful light-touch framework under Title I of the Communications Act." Most of us knew this 2015 decision for it putting muscle on net neutrality.

FCC chairman, former Verizon associate general counsel, and net neutrality enemy Ajit V. Pai promised on April 26: "This decision [would] be made through an open and transparent process in which every American can share his or her views."

The people spoke, and after anti-net-neutrality spam had been removed, of the 700,000 messages left, it appears 96.5 percent opposed Pai's position. Pai, as could have been predicted, ignored the views of the American people on May 18.

Pai won his point, with no changes from his original position, by a party line vote. Mignon Clyburn, the FCC's sole Democratic member, voted against it.

Pai claimed he was just saving ISPs from "the heavy-handed regulatory framework designed during the Roosevelt Administration to micromanage the AT&T telephone monopoly. These utility-style regulations, known as Title II, were and are like the proverbial sledgehammer being wielded against the flea -- except that here, there was no flea."

Speaking of brute force, when reporter John M. Donnelly of CQ Roll Call tried to ask a question of a Republican FCC member about the vote, he was attacked by FCC security guards and forced out of the FCC offices. Neither Pai nor any other FCC official has commented on this.

Michael Copps, former FCC commissioner and Common Cause special advisor and essentially all internet companies except big ISPs, disagreed with Pai's ham-handed attempt to wreck net neutrality. Copps wrote, "I've never heard such a bunch of spurious arguments, distorted history, and just plain rubbish as Chairman Pai and his big industry allies have put forth to sustain their totally untenable argument against an open internet."

The Writers' Guild of American, West, snarled, "Chairman Pai has described the Open Internet rules as 'a panoply of heavy-handed economic regulations' that could harm 'one of the most incredible free market innovations in history.' This doublespeak -- the claim that every attempt to protect true free market competition from monopoly control is necessarily a regulatory attack on the free market -- is pure Orwellian demagoguery. In reality, the internet is free now, and can remain free from monopoly control by ISPs, but only if the Open Internet rules remain."

Under Trump's regime, freedom, the freedom of the press, and the open internet are in more danger than ever.