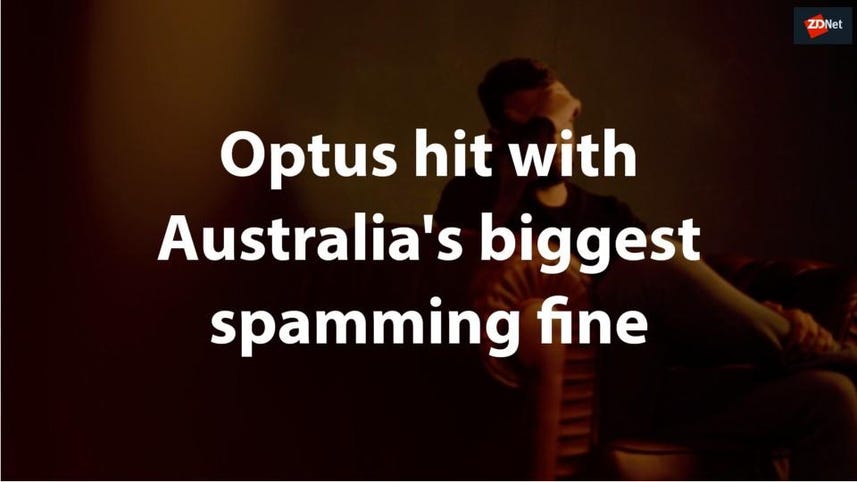 The Australian Communications and Media Authority (ACMA) has hit Optus with a AU$504,000 fine for breaking spam laws.

Between 1 June and 4 December 2018, ACMA said Optus had sent SMS and email marketing messages to users that had unsubscribed. The Singtel-owned telco sent "commercial emails in the form of billing notices" without having a way to unsubscribe.

"This is the second largest infringement notice that has ever been paid to the ACMA, and the largest paid for spamming," ACMA chair Nerida O'Loughlin said.

"It reflects the seriousness of breaches made by Optus and its failure to honour its customers' wishes to unsubscribe, in some cases on multiple occasions. Australians find spam infuriating and as a regulator it is something we are actively cracking down on."

In a court-enforceable undertaking, Optus will have an independent consultant look over its systems, policies, and procedures.

ACMA said that should Optus fail to meet its compliance obligations, it will consider court action.

The regulator said it has taken in over AU$1.1 million for violations of spam and telemarketing laws in the past 18 months.

In December, the Australian Competition and Consumer Commission (ACCC) won a victory over Optus in Federal Court, with the telco handed a AU$6.4 million penalty for misleading its customers over NBN disconnections.

Filing its action in June, the ACCC said Optus emailed 138,988 of its mobile customers in May 2018 and stated that their home broadband connections, not run by Optus, would be "disconnected very soon".

At the time of filing, Optus acknowledged it misled customers about the need to migrate to the NBN and apologised to customers who received the email. It also offered a costless exit for those who took out the offer.

"We took this case against Optus because we were concerned its emails created a false sense of urgency for consumers and may have discouraged them from shopping around for the best deal available," ACCC chair Rod Sims said at the time.

"We are concerned about Optus' recent track record in misleading consumers about the NBN. We expect that this AU$6.4 million penalty will serve as a warning to Optus and other telcos that they must not mislead consumers about their choices when the NBN is being rolled out."

At the start of 2019, Optus was also hit with a AU$10 million fine by the Federal Court after it admitted to misleading consumers and breaching the ASIC Act for its third-party billing practices. The telco admitted that it had knowledge from as early as April 2014 that customers were being billed for direct carrier billing services that they had unknowingly or mistakenly signed up for.

In October, ACMA used its powers to force Optus to get an external audit of the data it provides to the regulator, after multiple amendments were made to its submissions and what was described as "ongoing data anomalies".

Apple
How to customize Alexa's responses to Routines