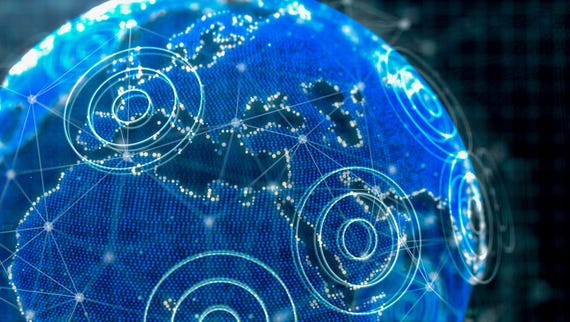 We've been having persistent problems with our fiber to the cabinet VDSL connection over the past few months.

It's the worst kind of fault, intermittent and prone to happen when we're on a call or trying to download software.

We've changed the router, even had engineers out to check the connection. Our ISP has changed our wholesale provider (as much as they can), the cabling provider has changed the cable we're using and the port in the fiber cabinet, but nothing seems to work.

All the various diagnostics seem to point to one thing: the aluminium cabling under the street put in sometime in the 1960s or 70s is reaching end of life. What worked just well in the ADSL days when a 20Mbps connection was fast is not working for VDSL's 50-80Mbps. Micro-cracks in the aluminium cause resonances that translate to changes in signal and the connection fails.

There's really only one fix: putting fresh copper (not cost-saving aluminium) down for the entire street. But re-trunking like that is expensive and requires lots of planning and coordination. With the line still suitable for voice, and as the UK fiber-to-the-premises program is planned to cover our postcode sometime between 2022 and 2024, that's not going to happen at any point in the foreseeable future.

So what to do? Reliable internet is a must-have for freelance journalists, especially in these Zoom-heavy times.

Luckily, we do have an option: our area of London has a good 5G signal from at least one provider and our existing Draytek Vigor router has built-in WAN failover features. So why not add a wireless connection to automatically takeover during outages?

Once we'd made the decision, we had to find a router, preferably one that wasn't tied to a mobile operator.

We ended up settling on the recently launched TCL LinkHub HH500E (sold as Alcatel in some parts of the world), built around a Qualcomm Snapdragon X55 chipset. It's an attractive device, with two ethernet LAN ports and 2.4 and 5GHz WiFi. It could be placed near the VDSL router, using a short piece of ethernet to connect the two devices and take advantage of Draytek's failover WAN support.

I had to use a slower speed SIM for setup, as the only one I had spare was for a network that doesn't offer 5G here yet. However, I've got one on order, a device SIM from EE with unlimited data for under £40/month. As it is, our local 4G speeds are around 30-40Mbps, so more than good enough for most purposes.

Configuration was slightly tricky, mainly caused by some long-standing networking decisions I'd made.

Our network runs, like most small office networks, using RFC1918 addressing in the 192.168.1.X space. To use the new 5G router as a WAN extension, it needs to be on a different network from the rest of the network, using its built-in DHCP server to give the Draytek's WAN port an address on its network. It took me a while to realize that it needed to control its own network. I'd initially configured it to be a client on my existing network, getting its address from my DHCP server.

That meant changing the default network range on the 5G router. I chose 192.168.2.x, which it would use for its own WiFi connections as well. This was the point where I made a mistake resetting the router's admin password, locking myself out and forcing a device reset. That's about par for the course on our network, as I usually end up having to reset new devices at least once during setup. At least this time it was only setting too strong a password and forgetting to write it down!

I could now configure the Draytek's WAN2 port to use the new 5G router. First I enabled the network port, as I'd initially been using it as an extra LAN port (before moving most local connections to a small power-over-ethernet capable gigabit switch). In the Draytek web console I used the WAN Internet Access settings to set up WAN2 as a Static or Dynamic IP connection, using the external router as a DHCP server for the port. I then used the WAN General Settings tool to configure the new WAN connection to handle failover.

Here I set the connection's Active Mode to Backup for WAN1, with it set to take over if the WAN1 connection failed. The other option is to use it as an always-on connection, load-balancing automatically with the existing VDSL connection.

That's all that's necessary to set a failover WAN. I was able to test it by dropping the PPPoE VDSL connection, with connectivity switching over to the 5G router, and switching back when I re-enabled the VDSL connection. It's since proven itself in operation, failover working as expected later that day in a short network outage.

Failover networking is often seen as only for enterprise networks, but the current generation of business-oriented VDSL and 4G or 5G routers means there's an affordable option for smaller operations. All you need is the right hardware and an appropriate data plan – and a little bit of time spent configuring your network.

Adding backup connectivity is something you should consider if you're moving to work from home, especially when you need to be always online for meetings and to collaborate with colleagues. A fast broadband connection is not enough; now you need two that don't use the same physical connection. That may be 5G for us in the UK; in the US, it might be your cable TV connection – and tomorrow it could even be low-orbit satellites.

Join Discussion for: Our broadband was having problems. Here's...