Telco attempts to block botnet communications as well as SMS and scam calls.
Written by Chris Duckett on May 5, 2020 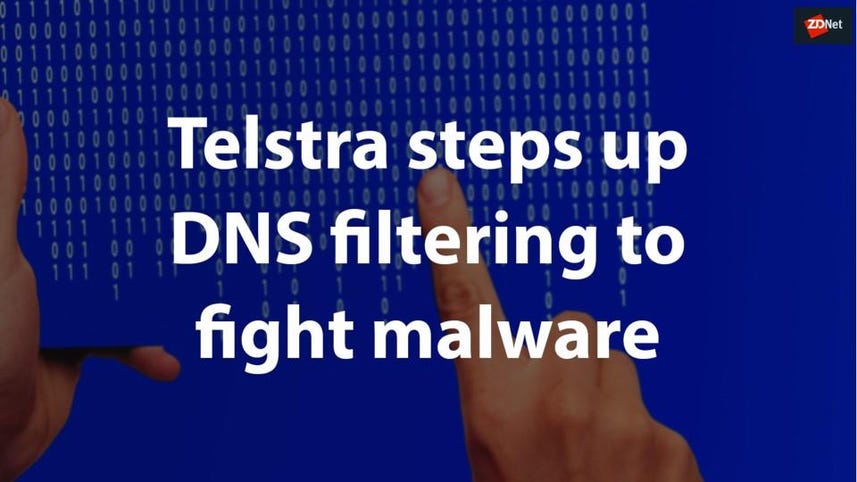 Australia's incumbent telco Telstra announced on Wednesday it has stepped up its DNS filtering capabilities in an effort to fight malware passing through its network.

Dubbed Cleaner Pipes, the initiative focuses on blocking command and control communications of botnets, the downloading of remote access trojans, as well as other forms of malware. The telco said it is already blocking "millions of malware communications" when the traffic hits its infrastructure.

"This action reduces the impact of cyber threats on millions of Telstra's customers including stopping the theft of personal data, financial losses, fraudulent activity and users' computers being infected with malware. We know many consumers and small businesses do not have the resources to adequately protect themselves," Telstra CEO Andy Penn said.

"Cleaner Pipes means we are able to more actively block cyber threats on our network that would compromise the safety of our customers' personal information. While it will not completely eliminate the risk, or substitute appropriate threat protection, it will contribute to significantly reducing the volumes and impact."

Should Telstra customers click on a blocked link, they will be presented with a block page.

The telco added it had been trialling Cleaner Pipes for a year, and it sat alongside its efforts to block malicious SMS and scam calls. Telstra said it blocks over half a million scam calls each month.

Also on Wednesday, the Australian Communications and Media Authority (ACMA) and the Telecommunications Industry Ombudsman (TIO) signed an agreement that would give the TIO directions more teeth by allowing telcos to be referred to ACMA should they fail to comply.

"Consumers and the telco industry will benefit from both organisations taking decisive action on non-compliance and systemic issues," Telecommunications Ombudsman Judi Jones said.

"A closer working relationship between our organisations gives clarity and certainty to providers and consumers about the regulatory framework that supports a thriving telecommunications industry."

The pair added the TIO was the "busiest ombudsman service" in Australia.

The malware would replace Bitcoin addresses copied to the clipboard with one controlled by the attacker.

Such threats continued to spread in April and are likely to be the new norm, at least until the pandemic subsides, according to Bitdefender.

Research shows malware is easy to buy, own, and deploy (TechRepublic)

With just a few Bitcoins and a quick search of Dark Web marketplaces, bad actors can become the owners of powerfully malicious tools.

Security
How to set up voicemail on iPhone

Productivity
Top 25 emerging technologies: Which ones will live up to the hype?