At the recent Computex show in Taiwan, a team from Intel Israel showed off their latest creation: the all-in-one Thunderbolt 3 chip offering superfast transfer speeds.

While Thunderbolt was always one of the faster standards, its reliance on the unpopular Mini DisplayPort connector meant adoption was always low. However, given that the Thunderbolt 3 will also work with the more widely-used USB-C port, its influence could be about to grow.

The first products using Thunderbolt 3 are due on the market later this year. According to Shahaf Kieselstein, who led the Israeli team that developed the Thunderbolt 3 standard, that could mean much faster peripherals for everyone. "Until now, you've seen Thunderbolt connectivity only on products from Apple and high-end workstations. We believe that the new standard and connectivity capabilities will encourage OEMs to adopt Thunderbolt 3 not just for monitors, but for a whole slew of peripherals." 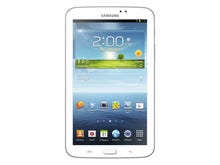 Intel's tablet challenge: How Israel helped lay the foundations of its Samsung-led fightback In just two years, Intel's Jerusalem team paved the way for the company's challenge in an industry dominated by ARM.

Kieselstein, an Intel VP in the company's client computing group as well as general manager of the client connectivity division, said that with the all-in-one connectivity platform, Intel wasn't entirely "throwing in the towel" on Thunderbolt.

"I prefer to look at it as a natural evolution of the platform. Thunderbolt first came out in 2011 and was upgraded in 2013. In general, the cadence of development in a lot of platforms and technologies is two years between major upgrades, so by that standard Thunderbolt was due for an upgrade too.

"We took advantage of that opportunity to not only serve the large numbers of current Thunderbolt users, but also to serve the larger numbers of USB users," said Kieselstein. "With this technology, users and manufacturers are now free to use any of the standards for peripheral connectivity while ensuring that all devices can connect with them."

Kieselstein says manufacturers will want to adopt the fastest connectivity tech available, as customers are likely to call for that. The fact that Thunderbolt 3 will now work with the USB port on computers and devices makes that decision much easier for them.

By the end of the year, Intel expects some 100 million computers that support the new standard to be on the market. That number presumably goes beyond the computers already on the market that have USB-C connectors - notably the latest Macbooks and Google's Chromebook Pixel, which came out on the market before Thunderbolt 3 was announced.

However, those machines will still work with the Thunderbolt-supporting kit manufacturers are expected to release in future - albeit working at speeds that the computer can support.

That's the point of Thunderbolt 3, said Kieselstein. "We support each computer and device at its native speed, where available. For the new computers, the ability to connect to a peripheral at 40Gbps is going to be a real game-changer."

Join Discussion for: Thunderbolt 3: How USB cooperation could...