When you're calling your important prospect with a free conference call number, you probably don't realize the increasing chances of getting a number unobtainable message like this as digital telco disruption escalates.Conference calls are a vital part of collaboration, with millions participating in remote meetings by telephone.
Written by Oliver Marks, Contributor on Dec. 6, 2009 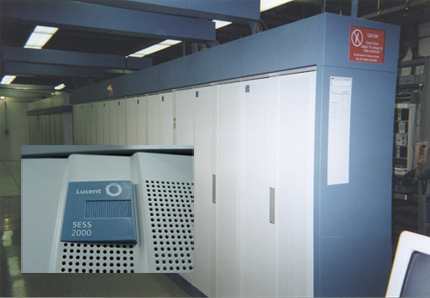 When you're calling your important prospect with a free conference call number, you probably don't realize the increasing chances of getting a number unobtainable message like this as digital telco disruption escalates.

Conference calls are a vital part of collaboration, with millions participating in remote meetings by telephone. While the form factor of telephones hasn't changed significantly in decades, the infrastructure is fundamentally changing. The internet grew up on the back of a rigid, industrial strength telephony system, and the people that own that and big media players are fighting for control of the meters that charge you for this plumbing.

In the old click squark modem dial up days AOL users paid the telco's billions in tolls and long distance fees, but now voice traffic is simply data and so is video. This should be great news for business users - we can see each other and talk free over Skype, how long can it be before the telephone companies start charging more reasonable amounts?

The whole network neutrality debate essentially comes down to this: the big telcos don't want to lose control of their metered cash cow and are claiming the internet requires massive investment to accommodate exponential growth. This will allow them to formally meter by the byte, just as they have historically done with voice calls, and control bandwidth and therefore content consumption in the future.

In the other corner are those who demonstrate only modest internet infrastructure improvement is needed and that the telcos should be running a (still immensely profitable) all you can consume flat rate internet service.

In the middle of this telecommunications 'great game' are hugely innovative internet companies (Google, Cisco and down) who have and continue to transform the modern world, and are disrupting it at many levels based on flat rate, always-on broadband... and then there are the telecoms 'traffic pumpers' who exploit the loop holes and intercarrier financial fees between the archaic million dollar telecoms switch rule books and today's far more flexible digital telecom technologies. Attorney Jonathan Lee explains how this works very well here:

...because of the legacy intercarrier compensation scheme--with its regulated rates, based on location--the traffic pumper can take advantage of the Commission's rules that "he who chooses (the caller "chooses" the terminating carrier by calling a certain number) doesn't pay (rather, the caller's carrier pays), and he who pays (the caller's carrier) does not choose the carrier through which it can terminate calls.  Thus, the traffic pumper's costs are less than any other carrier (no nettlesome high-cost/high maintenance long loops), but it has call volumes closer to those of an urban carrier, yet it charges rates that reflect the rates charged by the highest cost carriers!  Lowest costs, highest prices and a captive customer base sounds like a recipe for success, huh?

Getting back to your conference call, the various 'free' services are obviously making money somewhere, and it's by pocketing the difference between nominally starting your conference call in rural Iowa or similar and ending it in a metropolitan area. Jonathan's post describes how this works in more detail, but this doesn't work when you dial in using your voice over ip phone service: the VOIP service provider doesn't play by the old rules with their flat rate service to you.

The result is that freeconferencecall.com is now blocked by Google Voice, Magic Jack, Speakeasy, Callcentric and other VOIP businesses. You can still dial in using your mobile phone or your LEC (local exchange carrier) landline but using VOIP is rapidly becoming a thing of the past. Other similar 'free conference services' are likely to also be blocked in the near future.

You're therefore playing Russian roulette assuming important calls will be accessible to you on VOIP, and the same is true for the person you are hoping will dial in to the call you have set up with them.