Wisdom of the loud

Knowledge speaks, but wisdom listens: the trend of the loudest voices parading knowledge online and dominating conversations is slowly maturing as people realize that too much online publishing means those voices aren't doing much else...
Written by Oliver Marks, Contributor on April 9, 2012 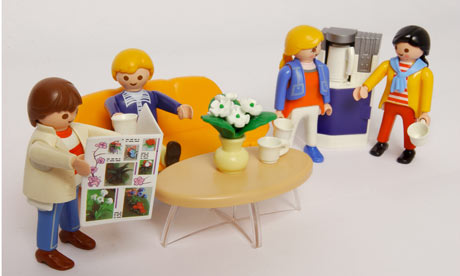 Technology enthusiasts tend to forget about the millions of people who view social networking and mobile device use as an addiction and as egotistical self absorption. According to AdAge consumers in their 20s ("digital natives") switch media venues about 27 times per nonworking hour — the equivalent of more than 13 times during a standard half-hour TV show. This seems pretty standard behavior too me across all age groups; consumptive grazing for stimulation has been a staple of passive television viewing since multiple cable channel fragmentation increased options and subject matter on tap.

Networked individual digital interactions encourage the same behaviors as TV channel switching, except that many people are apparently living in their own TV show and are constantly publishing and broadcasting flattering perceptions of their lives and opinions online. If a tree falls in a forest and no one is around to hear it, does it make a sound? There's now plenty of evidence of a Pavlovian psychological reward when our contributions to our network are acknowledged, even if they are someone else's ideas or work. The more we need validation, the louder and more insistent we get.

As the dot com social bubble 2.0 hits its apex this year, enormous pressure is being put on workplace tools by the behavior patterns of individuals, and externally on customer relationship management interactions. Most savvy individuals have learnt it's a great idea to throw all your toys out of your stroller in a digital tantrum to attract the attention of companies that have somehow failed you: a shrill public scolding works wonders with some freaked out vendors, who will shower you with gifts in a (hopefully public) kiss and make up relationship mending session. This caper is as old as the hills of course; people have been falling down stairs in shops offline and suing for as long as I can remember.

While society gradually comes to grips with the new realities of just how interconnected we all are, the huge increases in available information and ability to publish at no cost add to the pressures on the way we work together, which are becoming more challenging. Despite this there's a lamentable tendency to to view all 2,088 work hours a year employees as pawns, little plastic people, by those discussing the ways we work together. The cliche is that like  children's Playmobil characters, employees will obediently slot into whatever positions and processes they are told to, as evidenced by endless corporate planning slide deck clip art use.

My experience of hiring and firing people and working with others in large enterprises has been as follows: my team and I find candidates for our open positions and they show up for interviews, smart, bright eyed, attentive, humble and respectful (the best ones, anyway). Once they've found their feet as employees the politics start - not unreasonably people see a career path and sometimes people are in the way. Allegiances change very fast within organizations, where one's sense of security depends on feeling valued and essential and not expendable. A percentage are negatively disruptive and poison relationships and after a thousand hours or so of having their knees under the desk (much less than Malcolm Gladwell's idea of 10,000 hours to master a discipline presented in his book 'Outliers') feel confident or frustrated enough to throw their weight around.

What's new in managing these types of folks is their window out to their ever more connected world. Ironically many digitally addicted people have a great deal of trouble staying 'in the moment' - experiencing being here now. The girl who cuts my hair, Katrina, was telling me the other day the problems hairdressers have with what she calls 'phonies', people who are constantly interacting on their phones as she attempts to give them a hair cut, often taking pictures as she works and posting them to Facebook etc while basically ignoring her. Similarly it can be very hard to keep people's attention in meetings as they constantly check email and social networks, supposedly in the interests of their work. Most of us have been at events and shows where everyone is capturing video and pictures to post to social networks instead of experiencing the moment (I've been guilty of this, viewing everything through a  view finder, capturing and sharing to impress and for posterity).

From a work perspective Twitter has been the Godfather of countless 'workstream' products, and now also 'feature' products within enterprise suites. Twitter has always been weird: the initially almost comically insecure and unstable free-to-the-user service started in June 2006, the mass use models continue to be a poster child for egotistical self absorption. I'm a sporadic user and have given it up for extended periods to test  the differences and values of living with and without it, and been amazed at how sociologically it has mutated and morphed over time.

Twitter is nearly six years old: in my opinion if someone has posted over 30 thousand messages on it that's too much. 30k equals more than one tweet for their every waking hour (6 x 4383 waking hours a year = 26297 hours) most people have only started using Twitter heavily in the last three years which makes this number even more extreme.

While there are a few professions where throwing out information on Twitter is part of the job description - public relations and analyst research propagation spring to mind - I'd argue excessive use of Twitter is abnormal behavior and makes many people question what else that individual could be doing other than endlessly tweeting, and that's a bad thing. Skating information and republishing is as superficial as TV channel grazing, and has no place in most work environments.

Ironically the redundancy of multiple news broadcasts by individuals on twitter (i.e. '"$famousPerson' just died" appearing dozens of times posted by people you follow) is very similar to duplication/versioning problems inside a company through multiple channels and a variant of a problem Enterprise 2.0 was trying to solve around information flows.

Surprisingly it was '60's rock star Jimi Hendrix who said “Knowledge speaks, but wisdom listens”. We instinctively know good management is far more about listening and understanding than it is about demonstrating your depth of knowledge. Most people would consider a good manager to be someone who openly and honestly sets you reasonable tasks, is supportive and informative in helping you achieve them, makes participants feel valued and secure, responds to any issues quickly in real time and acknowledges and celebrates your efforts and completion.

Software vendors sell their collaboration components as complete solutions to simplistic playset style people problems, but individuals look for wisdom and guidance from authentic people they can trust with their livelihood before they will commit to working in new ways.

Meanwhile the peculiar trend for bustling, busy Twitterers continually broadcasting their knowledge and opinions and projecting an image of themselves with bonhomie, goodwill and advice to all continues. Quality over quantity is what builds deep relationships, and so much of a good relationship is about listening, not talking.