Your Social Life and Business Life: The Trust Issue

Most people outside the tech bubble go to work in order to make money in order to put a roof over their head and fund their personal social life - they work to live, not live to work...leave their cube on Friday, and flip their brain into social mode until Monday morning.
Written by Oliver Marks, Contributor on May 31, 2010 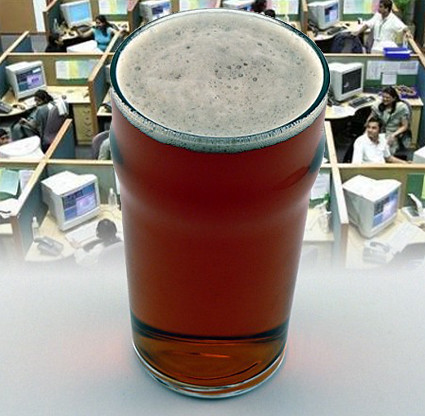 Most people outside the tech bubble go to work in order to make money in order to put a roof over their head and fund their personal social life - they work to live, not live to work...leave their cube on Friday, and flip their brain into social mode until Monday morning. These social lives are built around finding people we trust, who are interesting and stimulating, and building enduring relationships with them.

The word 'trust' is as old as language -  tr?owe is old English for 'faithful' and there are equivalent ancient word origins in all languages.  The hand shake used to be two handed to show we didn't have weapons behind our back when meeting people. That medieval convention still metaphorically  stands as we sniff out new people for sincerity and trustworthyness when we go through the 'Gladwell Blink' first meeting impressions scan. Humans are hard wired for this, and most of us have sophisticated synapses that can intuit phony, to sense when something just doesn't 'smell' right.

Entrepreneurs tend to be 'always on',  constantly seeking insight and connections to further themselves and their businesses, but for the vast majority of people there is a clear delineation between their social and work life. A client recently said to me she felt violated if she was called by work on her lengthy kids/ drop off and pick up car commute to work - it was her precious time.

This blur of work and play is made immensely more complicated by the current confused use of the word 'social' in a business context.

It was Henry Ford who effectively invented the weekend after realizing there was no point mass producing transport for the working man if they were always at work. 'Welfare capitalism' paid workers better, introduced the 40 hour work week and gave them weekends to use the car they could now afford to buy to enjoy their social lives, visit friends and explore new areas.

Ford had a 'Social Department' just over 100 years ago (not to be confused with the current Ford 'social media' marketing outreach with digital interaction devices ably manned by @scottMonty et al!)

....profit-sharing was offered to employees who had worked at the company for six months or more, and, importantly, conducted their lives in a manner of which Ford's "Social Department" approved. They frowned on heavy drinking, gambling, and what might today be called "deadbeat dads". The Social Department used 50 investigators, plus support staff, to maintain employee standards; a large percentage of workers were able to qualify for this "profit-sharing."

Ford's incursion into his employees' private lives was highly controversial, and he soon backed off from the most intrusive aspects; by the time he wrote his 1922 memoir, he spoke of the Social Department and of the private conditions for profit-sharing in the past tense, and admitted that "paternalism has no place in industry. Welfare work that consists in prying into employees' private concerns is out of date. Men need counsel and men need help, oftentimes special help; and all this ought to be rendered for decency's sake. But the broad workable plan of investment and participation will do more to solidify industry and strengthen organization than will any social work on the outside. Without changing the principle we have changed the method of payment".

With the recent advent of broadband and mobile connectivity we are seeing rapid change in a very different era within hierarchical large companies, in worst cases run in the style of the Soviet Union from an individual's perspective. Employees with smart phones in their pockets and sophisticated personal social and business networks, which can make their employer's command and control hierarchies look clumsy and wooden, have new skill sets and values.

The old 'unless you're the lead dog the view remains the same' cubical decoration (usually found next to 'you don't have to be mad to work here but it helps', assorted kid art and photos with friends and family to remind the inhabitant of their personal social life) is now joined (in companies that allow it) by access to personal lives via the web.

Hobby forum bulletin boards, instant messenger and AOL have now been joined by Facebook and Twitter, but the social trust issue is the same: we spend time in person and online in places where we gain value, building trust and rapport.

This sensitive new world of interpersonal connection is very delicate and easily exploited, as evidenced by the repeated and astonishingly crude attempts to monetize Facebook user private information by changing terms of service on the fly to reveal it publicly, which is rapidly destroying the trust and goodwill of their users.

Social work predates the use of the word in a hi tech online communication context - most people on the planet are familiar with the concept of social work as the pursuit of improving quality of life with welfare. social workers look after the elderly and infirm professionally, while general social work is generally understood to mean charity work - dealing with poverty for example. the new book  'Building Social Business: The New Kind of Capitalism That Serves Humanity's Most Pressing Needs' by Muhammad Yunus, the practical visionary who pioneered microcredit and, with his Grameen Bank, won the 2006 Nobel Peace Prize exemplifies those who are attempting to foster positive change in the world.

Despite widely understood usage of the word social on the planet, the hi tech world has amplified recent usage of the word 'social' by marketing experts to a relatively small subset of wealthy online consumers - customer relationship management by flattery and interaction through broadband and mobile.

The sharp contrast between these two usages of the word social can be an irritant to those doing good works in technology free third world countries, who see  personal information over sharing online by relatively wealthy western consumer chattering classes as in no way 'social' - more self indulgence.

The Enterprise 2.0 world of defining business collaboration value and finding executable ways to realize the more effective flow of information and connections internally is distinctly separate from all these social variants, and Ford's experiment over a century ago shows how quickly the lines can be blurred between respect for personal space and privacy and what I call 'creepy collaboration'.

If you're working in an organization where trust and morale is low, grafting a 'Facebook for the enterprise' onto it isn't going to solve those issues, and the grumbling in people's social time on their personal networks will probably increase. Start to intrude into people's personal space with your brave new online company world and you will quickly hit the trust boundaries Henry Ford hit over a century ago.

Once filters and trust boundaries are in place I predict the fashion for all things 'social' will wain, much as previous vogues for loosely defined terms like multimedia broke out into more specific and useful categories. In the meantime trust and privacy controls are the high ground users should seek out digitally both for their social lives and for their work interactions.

Designing safe, secure work environments to get you up to speed and working more efficiently together with your colleagues builds trust and rapport. No one likes to have to participate in social gray areas where you get to see your boss in spandex on a charity run and feel impelled to comment - this should be your visibility choice and discretion...