Last summer, we sold our home in the great American Southwest, packed up all our worldly possessions, and moved across the country to the Southeast. Our goal was to live in a vibrant city with lots of transportation options, which is how we ended up in Atlanta.

After six months in temporary housing, we've finally moved into a new home. And one of my top priorities as part of the move is making sure the home is well equipped with smart features to make it easy to live in.

In this article, I'll share the decision-making process I went through when deciding which smart features to add to our home. As always, these are my choices, based on my family's needs and preferences; your choices might be different, but you'll no doubt go through a similar analytical process along the way.

Making things smart means keeping them connected over a reliable network, so let's start there. 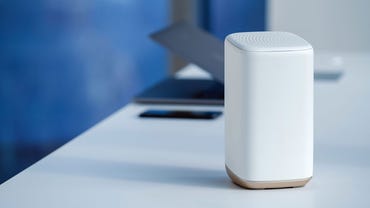 When we arrived in Atlanta, I thought I was done with Xfinity for good. Google Fiber is nearly ubiquitous in our new neighborhood, and we were able to get hooked up with a 1GB fiber connection for a flat $70 per month in our temporary home.

The Google Fiber lines run right past our new home, too. Unfortunately, they don't extend inside the building, which means we're back in Xfinity's clutches. I signed up for the Gigabit Extra plan (download speeds up to 1200Mbps, with uploads limited to 35Mbps); the hardware was delivered to my door on moving day, and I was up and running within minutes.

The latest Xfinity box, the xFi Gateway 3rd Generation (aka XB7), is compact, good-looking, and full-featured, with four Gigabit Ethernet ports, Wi-Fi 6 support, and a surprisingly usable app to control it all. I'm also willing to pay the $14 monthly rent for this device. Purchasing my own certified DOCSIS 3.1 modem with W-Fi 6 support (like the Netgear Nighthawk CAX80) would cost $360 or so, a payback period of more than two years. And if anything goes wrong with it, Xfinity support would tell me it's not their responsibility. Thanks, but no.

I'll miss two things about Google Fiber. It was convenient having the ability to upload files at gigabit speeds, a feature Xfinity doesn't currently offer. That might change soon, though, with the arrival of a next generation gateway called the XB8, which promises "symmetrical gigabit speeds," along with support for Wi-Fi 6E. Or maybe I can talk Google Fiber into hooking up our building. 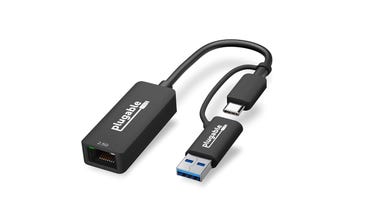 With a wired connection to the Xfinity gateway, I'm able to get full Gigabit Ethernet download speeds. That's more than enough most of the time, but it's not quite up to the maximum speeds that I get from the box.

One thing Xfinity barely mentions in its documentation is that one of the four ports on the back of the XB7 (the port with a faint reddish-orange line next to it) is capable of delivering up to 2.5Gbps. For $30, I added a Plugable 2.5G USB adapter and connected it to my main workstation using that high-speed port. I am now getting download speeds that are consistently at or above the rated 1200Mbps I'm paying for.

(Upload speeds are, unfortunately, stuck at a pokey 40Mbps.) 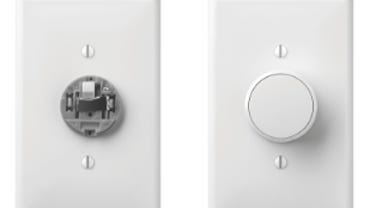 Long ago, before homes became smart, we spent a small fortune to install dimmer switches and dimmable light bulbs in every room. Being able to control the amount of light in every room makes a huge difference in terms of comfort, although it also requires dashing around to banks of light switches getting things adjusted just so.

Fast forward a decade or two and there's no need for those customizations, not when the bulbs that go into those fixtures are now smart enough to dim themselves on command. They can even adjust white tones from warm to cool and add spots of color. We've standardized on Philips Hue lighting products, which work with every smart home platform and can be controlled by voice commands or an app. It's incredibly convenient to tap one button to adjust all the lights for watching TV, cooking dinner, or sitting at the dining room table.

Of course, sometimes a smartphone isn't handy, and it can be frustrating to remember exactly which incantation will convince Alexa or Google to unlock a particular lighting combination. So I've added Lutron Aurora switches in key locations. These little gizmos snap over an existing switch to offer old school hardware dimming options in addition to apps and voice commands. 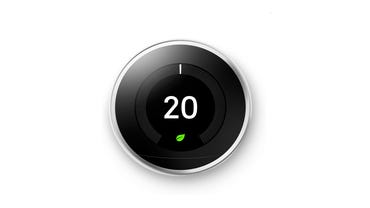 We had a Nest thermostat in the apartment we've been living in for the past six months, which performed admirably. The hardware is good-looking, the user interface is easy to understand, and it's all controllable using a very slick mobile app.

Alas, the HVAC system in our new home won't work with Nest hardware. It uses Honeywell Redlink technology to manage communication between the roof-mounted heat pump and a programmable wall thermostat. Connecting a Redlink internet gateway ($95) to the network gives me full access to the system through the Total Connect Comfort app on my mobile devices.

Regardless of the technology, having a smart thermostat means big savings on energy bills, along with the option to control the system remotely. That comes in handy for hot summer days, when we can give the AC a break while we're gone for the day, then turn it on remotely when we're on our way home, so temperatures are cool and comfortable when we arrive. 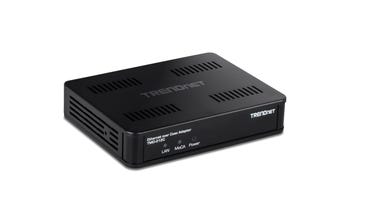 I've had the luxury of structured wiring in previous home offices, with Ethernet cable neatly distributed to every room for high-speed connectivity. Our new home, built around the turn of the 21st century, has no network wiring whatsoever.

I could make do with Wi-Fi at my desk, but that's not my preferred solution. For starters, even under the best of circumstances, the maximum download speed over a Wi-Fi 6 connection using my hardware is about 600 Mbps, and for video calls and other latency-sensitive tasks, a wired connection is much more stable.

Fortunately, there's a coaxial cable drop in the office, which offers an elegant solution thanks to MoCA (Multimedia over Coax Alliance) technology. The latest revision, MoCA 2.5, supports speeds up to 2.5 Gbps. After turning on MoCA support in the Xfinity gateway, I connected the coax port on a Trendnet TMO-312C Ethernet Over Coax MoCA 2.5 Adapter to the cable outlet in the office and then plugged a four-port switch into the RJ-45 Gigabit LAN port on the MoCA adapter. The result is a stable, fast, low-latency wired network that runs at Gigabit Ethernet speeds.

The setup was easy to configure -- literally plug and play. Because my internet gateway already supports MoCA, I only needed a single adapter. Suppose your internet connection doesn't have MoCA support built-in. In that case, you'll need to install a pair of MoCA adapters, with one adapter connected via Ethernet to the gateway so that both ends can send and receive data at full speed. 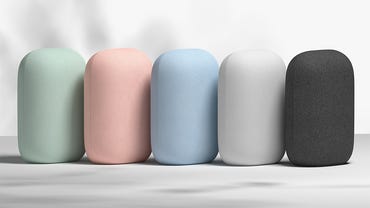 The good news about all this technology is that it works well with any of the leading voice control platforms: Amazon's Alexa, Apple's HomeKit, and Google Home.

Eventually, we'll add more smart stuff, with smart locks and perhaps a robot vacuum cleaner. The Google Assistant reportedly works with more than 50,000 devices from 10,000 brands, including a long list of smart home products, so we have plenty of options.

One thing we're not likely to do anytime soon is to upgrade our appliances. Yes, it would probably be convenient to have the dryer notify me when the towels are ready to fold, and I'm sure it would be useful to have the refrigerator remind me to pick up a quart of milk while I'm at the grocery store. At several thousand dollars a pop, though, those aren't casual upgrades.

Now, if you'll excuse me, I need to go unpack another box. I still haven't found a smart device to handle that task.

So, what smart devices are up next on my home improvement list? I've chosen the items shown here based on their compatibility with the Google Home platform. If your smart home speaks Alexa or HomeKit, you'll want to check compatibility carefully before you order. Many devices support multiple platforms out of the box, but in a few cases you might need to order a different model to get the support you need.

Schlage Sense Smart Deadbolt - $190 at Amazon Bluetooth-enabled, easy to install; remote lock/unlock works with HomeKit out of the box but requires a separate Wi-Fi Adapter for Android.

Flo by Moen smart water leak sensor - $51 at Amazon Get a notice on your smartphone if a water heater or appliance springs a leak.

Baggucor Wi-Fi Smart Plug (2-pack) - $20 at Walmart There are gazillions of smart plugs out there that can turn anything on or off remotely; this one tracks energy usage as well.

Ring Smart Doorbell - $60 at Ring If you've already got a wired doorbell, this model can replace it easily.

What happens to my smart devices if the internet goes out?

That's a good question, and one you probably don't want to have to answer unexpectedly. It's especially important for devices whose function is critical. Having a battery backup can help allow a device to perform its most basic functions even without a data connection, and a good smart lock should include support for a physical key in addition to the digital options. Many lighting systems, including Philips Hue devices, can still turn on and off with a light switch if an internet outage makes voice commands and mobile apps temporarily unavailable.

As tempting as any smart home device might seem on paper, it's worth investigating how it functions when its connected environment is unavailable. And if you're really curious, try disconnecting your gateway to see exactly what happens, so you can anticipate problems before they occur.

Should I be worried about strangers hacking my smart home?

Privacy and security should be at the top of your list of concerns for any internet-connected device. Crafty attackers have been known to jump from seemingly innocuous connected devices into corporate networks, as one North American casino discovered a few years back when its smart fishtank became a gateway for outside attackers.

All of the security mitigations you've learned in computing environments apply to smart devices. Use strong, hard-to-guess passwords and turn on two-factor authentication if it's available. Change administrative credentials from their defaults. Apply firmware and software updates promptly. And be extra cautious with any device that has a camera or microphone.

Which is better: Amazon's Alexa, Google Assistant, or Apple's HomeKit?

In home automation, three companies dominate the ecosystems that help you control a smart home. Which one's right for your home has less to do with its strengths and weaknesses and much more to do with your preferences and your existing infrastructure. If you've already invested in a home full of Amazon Echo devices, for example, you'll probably want to look for the Works With Alexa logo when adding new devices. In an all-Apple environment, HomeKit compatibility can help ensure that everything works together properly. A home that has a Nest thermostat or Google Hub in the living room is a natural candidate for Google Home-compatible products.

Even under the best of circumstances, getting smart products to work together can be a challenge. Staying in a single ecosystem can minimize headaches.