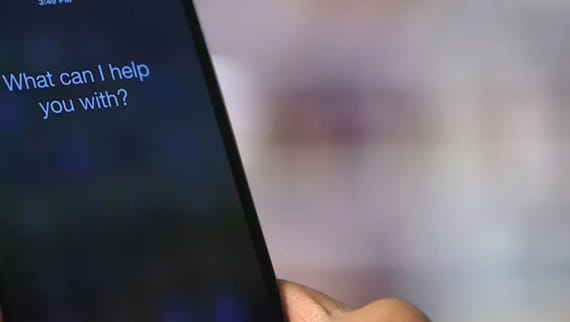 Resembling a sawed-off section of stovepipe in black or PVC in white, the original Amazon Echo was the anti-smartphone. It operated tethered to an outlet, it was communal. And it was pre-pandemically touch-free if you didn't care about muting its microphone. Unbound by a display, it inspired voice-driven variants that ranged in size from tiny rings to giant rigs.

Amazon and Google soon built out their own speaker portfolios. In 2017 Google rolled out a trio of speakers, including the $400 Google Home Max; a year later, Apple would return to home audio with its HomePod. In the smart speaker matchup, though, Amazon's retail strength, which has helped it float fringe devices, proved an even greater asset for higher-end Echos. Last month, Google discontinued the Home Max, continuing its trend of winnowing down its device portfolio. In addition to scuttling more experimental products like the Clips camera, Google has bowed out of tablets and did not announce a new Pixelbook last fall, leaving the midrange Pixelbook Go as its most recent laptop offering.

On the other hand, all three major smart home ecosystem providers refreshed their standard-bearing smart speakers last fall, centering on a $99 sweet spot. Apple, which had been the most conservative in the category while moving Apple Music to competitor's products, entered the sub-$100 segment with a HomePod mini at a quarter of the price of its first squat cylinder. Compared to last fall's harvest of cute, affordable speakers, the Google Nest Max was a large, expensive product. Its boxy mass evoked the Sonos 5 (which, while still available from Sonos, has taken a backseat to the smaller, less expensive One series).

More significantly, though, for much less than the price and table space taken up by the Home Max, consumers can now purchase a smart display like the Nest Hub Max or Alexa Echo Show 10. For traditional smart speaker functions, these products add augmented information and feedback when they're in your field of view, a limitation Amazon has sought to address with the rotating display of its flagship.

Beyond merely enhancing what smart speakers can do, though, these products have taken on new features that drive more engagement than the typical smart speaker interactions of requesting weather updates and summoning playlists. They can act as digital photo frames, security camera viewers, video chat clients, and even a place to catch a TV show or movie in a smaller room such as a kitchen. Indeed, smart displays may have finally achieved the 20-year-old quest to create a "kitchen computer" once pursued by HP with its Windows Vista-based TouchSmart PC and the 3Com Audrey internet appliance. And particularly among the larger devices, many of these features have required that these products maintain a level of audio quality comparable to their screen-free cousins.

In addition to pressing into rooms that might not have had much space dedicated to electronics, smaller smart displays have displaced home staples such as bedside clocks. This is particularly true for the smallest of the displays such as Amazon's Echo Show 5 and Lenovo Smart Clock as well as those products with the simplest of displays, an LED-based clock face. These include Amazon's Echo Dot with Clock, which, as Amazon noted at its fall launch, is its most popular model, as well as Lenovo's Smart Clock Essential, one of the least expensive smart speakers you can purchase at less than $25.

As last fall's launches showed, smart speakers aren't disappearing any time soon. For the more privacy-minded, for example, the fear of a smart speaker surreptitiously recording conversations may pale in comparison to having one surreptitiously record video via the cameras some smart displays include. But the value gap such speakers have with smart displays is part of a broader challenge as voice interfaces expand into an ever-broader array of products.

Forget a 5G iPhone 12, I care more about a $99 HomePod Mini
Apple is rumored to be releasing a smaller, cheaper version of the HomePod smart speaker and it could be a more important product for Apple than the iPhone 12. Here's why.

Google Home Max is going for $179 and then it's gone
Google's smart speaker is selling for less than half price -- and then going the way of the dodo.

Join Discussion for: Smart displays are stealing the show from...